There's Nothing New in this World, it Just Comes Back in Different Forms

Joe Cicio's article in The Robin Report “Has the DNA of Retailing Been Compromised?” stirred something in me that I haven’t often spoken about other than in an off hand way. 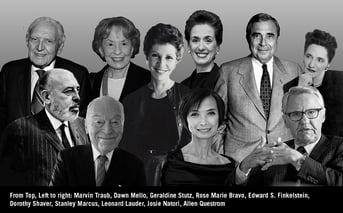 To hear people today speaking about the need for “experience” in retailing as if it were a new eureka idea, is laughable. Joe’s article reminds us, yes of Marvin, but also of numerous other CEOs who in the 1980s and 1990s used panache and leadership to build their businesses.

The truth, as Joe puts it so well, is that these are old tricks that were lost and are now being reinvented by young dynamic entrepreneurs who put their customers first.

And as for team building and leadership, the merchant princes were the best. They invested in people and spent time developing them personally; they walked stores and knew products and customers intimately. That’s why Alan Questrom could say with intimate knowledge a line I heard him repeat often, “An outstanding employee astounds you.” But to be astounded he likely had to train the team with clear directions and then give them the rope to win alone.

So as Geoff Lurie always says “there’s nothing new in this world, it just comes back in different forms”