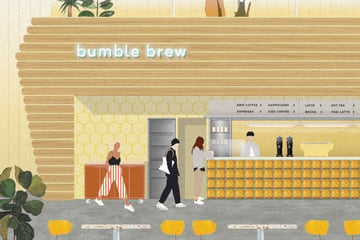 Dating App Bumble Is Opening Up a Wine Bar

Bumble, the app that gives women the upper hand in the “swipe right” online dating world, is opening a cafe and wine bar for people to meet up.The five-year-old Austin-based company will open Bumble Brew in fall 2019 in Manhattan’s SoHo. The space will operate through the day, first as a coffee shop, before transitioning into a wine bar with small plates. The company sees this as a way to engage its expanding audience, from the signature dating app to its networking platform Bumble Bizz. Bloomberg

Advertisers have long found success in offering consumers a try-before-you-buy strategy. Hearst Magazines is hoping those advertisers will use Hearst’s Instagram and Facebook audiences to drive that sampling. Hearst Magazines will launch Sample Ignition 360, a social media ad product designed to get product samples into consumers’ hands. The ad type, which Hearst is deploying in partnership with a company called SoPost, give people the chance to request free samples of a product in exchange for their email address and shipping information. Rather than hand the leads off to the advertisers, Hearst packages and ships the products to the customers directly and, if the advertiser wants it, checks back in with sample-takers via email, soliciting feedback and encouraging users to write reviews for the brand to use. DIGIDAY 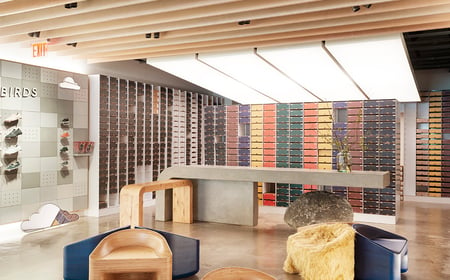 Allbirds Will Open Its First Store in Los Angeles in August

Allbirds known for its environmentally friendly footwear for adults and children, is taking its next retail step — this time with the opening of its first store in Los Angeles.The 2,000-square-foot boutique marks the sixth for the company and will be distinguished by a series of city-specific touch points and also includes a service wall of inventory designed to cut down wait times for busy consumers. In addition, the store features chairs designed by Allbirds’ head of design Jamie McLennan, constructed to be the ideal height to try on shoes and have a slight tilt, making it easier for customers to tie their shoes. Footwear News

M Inc. has begun opening Charlotte Russe stores again. One of North America’s largest fashion houses, YM’s specialty is catering to the fast fashion segment of the marketplace. The company acquired the Charlotte Russe intellectual property back in March while parent firm Charlotte Russe Holdings Corp. was under Chapter 11 bankruptcy court protection. Charlotte Russe Holdings ultimately liquidated and shuttered all doors, then started selling off assets to pay its creditors. Now, according to YM, the plan is to open 100 Charlotte Russe retailoutlets across the U.S. The company has already opened five locations, as well as the brand’s online shop. The five stores are at Southland Center in Michigan; Cumberland Mall in Georgia; Park City Center in Pennsylvania, and two locations in New Jersey, one at the Willowbrook Mall and the other at the Monmouth Mall. Sourcing Journal

The Camila Coelho Collection debuts at Revolve with a whopping 70 pieces, all of which are inspired by Coelho's Brazilian roots. The fashion influencer, who attended the Met Gala for the first time this year, is readying her own eponymous fashion label. The Camila Coelho Collection is the result of a year’s worth of sketching, designing and redesigning, and leverages valuable feedback and data from Coelho’s following — 7.9 million on Instagram and a cumulative 4.6 million YouTube subscribers across her two channels. WWD 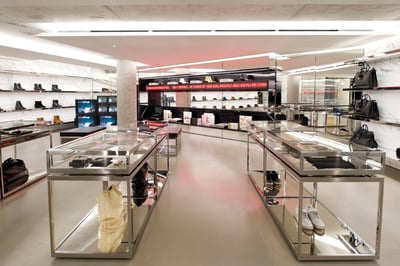 Colette has left the building, but its spirit is alive and well: the space that housed the Paris concept store for 20 years will reopen on Saturday as Saint Laurent Rive Droite, a new retail format developed by creative director Anthony Vaccarello that will sell everything from Jean Prouvé chairs to Saint Laurent-branded condoms. Billed as “a creative and cultural destination,” the new boutique and its sister unit on Rodeo Drive in Los Angeles, opening the same day, represent a departure for Saint Laurent, known for its minimal stores featuring acres of veiny marble and gleaming shelves. In addition to offering a wide range of products — including limited-edition collaborations and rare books and vinyl — alongside women’s and men’s ready-to-wear and accessories, the Paris space will also house a takeaway coffee counter and a club that can be turned into an event space. WWD

Ikea to roll out robotic furniture for tight living spaces

Ikea on Tuesday announced it will roll out robotic furniture through a partnership with US based startup Ori. The product, Rognan, will be able to transform from a bedroom, to walk-in closet, to work space, to living room according to a company press release. Ikea said that two companies had been working together for the past two years. The product will first launch in Hong Kong and Japan in 2020. Retail Dive

Clean skin-care brand Drunk Elephant is finally bringing its pop-up experience to the U.S., in New York’s Soho neighborhood. After stints in the London in October 2018 and Singapore in November 2018 — both were tied to launching in the U.K. and Asia, via Space NK and Cult Beauty for the former and Sephora for the latter — Drunk Elephant’s “House of Drunk” opening this month is the brand’s first retail experiment in the U.S. Outside of the “House of Drunk” NY activation, Drunk Elephant can only be found at DrunkElephant.com and exclusively with Sephora. Glossy 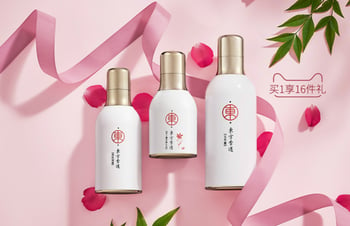 Procter& Gamble is reviving Oriental Therapy, a premium Chinese herbal medicine-inspired skin-care brand, weeks before the 618 shopping festival, an online event set up by JD.com to rival Tmall’s Singles’ Day.First launched in 2013, Oriental Therapy, or roughly translated into oriental seasonal methods from its Chinese brand name Dongfangjidao, is positioned between Olay and SK-II, and its products are based on skin’s different needs during the four seasons. It’s believed that Oriental Therapy will fill the gap P&G has in its beauty offering in China and help drive its growth. However, the brand disappeared from sale until now, with P&G giving no specific reasons why it was discontinued. WWD