Here's TRAUB's roundup of recent retail news. Target takes on Sephora and Ulta with a revamped beauty section, Lululemon's investments in e-commerce and international growth are paying off, Patagonia launches mail-in trade in initiative and more!

Lululemon is seeing positive results from its investments in new categories like men’s, e-commerce capabilities and international growth. During its first-quarter earnings report on Wednesday, the company saw revenue increase 20% over the same period last year, to $782 million. In April, Lululemon’s new CEO Calvin McDonald released a growth plan called the Power of Three, which laid out a strategy for revenue from its men’s and e-commerce businesses to double over the next five years, and for its international revenue to quadruple during that same period. McDonald said at the time that he wanted to push the athletic apparel provider “beyond traditional expectations.” Modern Retail 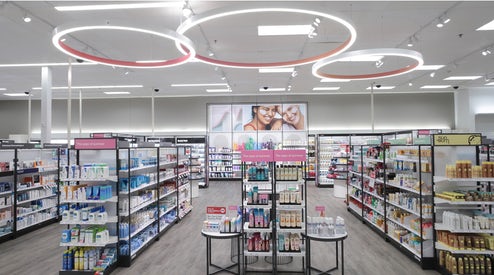 Target Takes on Sephora and Ulta With a Revamped Beauty Section

Target is updating its beauty section to showcase independent and homegrown brands, in a bid to win over young shoppers from specialty retailers.When shoppers steer their carts into Target’s new beauty aisle on the hunt for sunscreen, they’ll still find the usual shelves lined with Coppertone and Banana Boat. Target is in the middle of the biggest overhaul of its beauty department in years. Over the next year, hundreds of stores will swap out generic grooming and personal care aisles for sleeker displays. The items for sale are turning over as well, with more space dedicated to direct to consumer labels available only at the retailer, as well as a growing list of private-label products.Target sold $18 billion worth of beauty products and household essentials last year, more than Ulta and Sephora combined. BOF

Patagonia launched a mail-in trade-in incentive program for its used clothes, or "worn wear." Here's what the initiative means. Trade in, get paid. Billions of valued clothing items sit in consumer closets, and Patagonia is asking customers to ship it back to them — their “worn wear” — that is. Patagonia Inc. announced a mail-in trade-in incentive program for used Patagonia clothing in its newsletter on Wednesday. After success with its in-store trade ins and more than two years of discussion with its end-to-end tech and logistics resale platform partner, Yerdle; Patagonia opted for even easier access for its customers, the second time around. WWD

This week, two unlikely partners, eBay and online luxury boutique What Goes Around Comes Around (WGACA), released a curated capsule collection in what they say is the first of a series of collaborations between the two. WGACA is bringing a curated collection of 1,300 luxury products, from brands including Fendi, Chanel and YSL, to eBay where customers can bid on the upscale products at a potentially much lower price point than can be found on WGACA’s online and physical stores. Glossy

Recycle by Zappos for Good will participate in Cotton Inc.'s Blue Jeans Go Green initiative that recycles denim.Cotton Inc. is giving old denim a new purpose. The firm has partnered with Recycle by Zappos for Good, the community outreach arm of Zappos.com, to collaborate for its Blue Jeans Go Green recycling program as part of its efforts to make denim more sustainable.Blue Jeans Go Green reduces textile waste by collecting denim that is at least 90 percent cotton to be recycled and reused, the organization said. The process is free and seamless for consumers that wish to participate. WWD

Fenty to Open Pop-up at The Webster in SoHo

The Webster said Monday it has partnered with Fenty, the new luxury house launched by Rihanna with LVMH Moët Hennessy Louis Vuitton last month, for its first pop-up experience in the U.S.Fenty will take over the first two floors of The Webster at 29 Greene Street in SoHo with a distinct installation and retail experience designed for the luxury multibrand retailer. The pop-up opens June 19 and runs through June 30. WWD 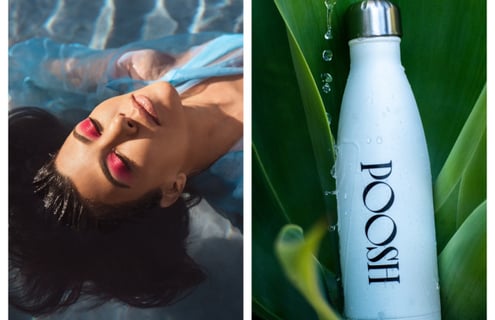 Kardashian has teamed up with S’well for a Poosh-branded water bottle that benefits ocean advocacy. Kourtney Kardashian is pushing into merchandise.After launching her long-anticipated lifestyle web site, Poosh, in April, the eldest Kardashian sister is expanding her site’s e-commerce division to include merchandise. The reality TV star has teamed with S’well for a limited-edition, Poosh-branded water bottle, launching today exclusively on the Poosh site.The product launch also marks Poosh’s first charitable initiative. Fifty percent of the $40 water bottle will be donated to Oceana, an ocean advocacy organization that works to reduce plastic pollution in the oceans. WWD