The delicate dance between Barneys New York and its bankers has become a sprint for cover. Barneys secured additional funding from its lead lender, Wells Fargo, this spring to help cover rent at the Madison Avenue flagship, which jumped dramatically to $30 million from $16 million. But when the tony retailer still didn’t have enough to make ends meet and returned to the bank recently to ask for the money needed to go through the bankruptcy process, Wells Fargo is said to have passed. WWD

Active clothing line Outdoor Voices is launching a new storytelling and marketing platform with a seasonal zine component called The Recreationist. The Recreationist features a collection of curated content, including product recommendations, playlists, city guides and profiles, marked by a focus on community, culture and recreation.  The first issue of the zine includes an interview with illustrator, animator and curator Joey Yu, a meditation on Angela Lansbury’s exercise VHS tape and the book Positive Moves, a city guide to Austin, Texas, and a piece about CliniqueFIT Workout 24-Hour Mascara. Each issue will also include an in-depth profile and dedicated photo shoot and video of an inspiring person, called “Doing Things With,” and a feature called “Take Ten,” in which editors ask a subject 10 questions across a variety of topics. Media Post 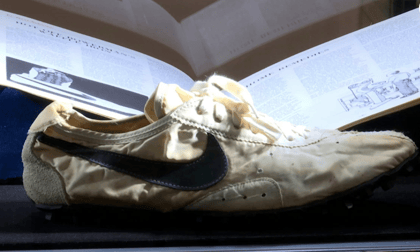 A pair of 1972 running shoes, one of the first pairs made by Nike Inc, sold for $437,500 on Tuesday, shattering the record for a pair of sneakers at public auction. The so-called Nike “Moon Shoe,” designed by Nike co-founder and track coach Bill Bowerman for runners at the 1972 Olympics trials, was the top lot in the first-ever auction dedicated to sneakers at Sotheby’s auction house in New York. Sotheby’s said the price was a world auction record for a pair of sneakers. The buyer was Canadian investor and car collector Miles Nadal, who had previously paid $850,000 for 99 other pairs of rare or limited collection sneakers offered by Sotheby’s. The highest previous price fetched at public auction for sneakers was $190,373 in California in 2017 for a pair of signed Converse shoes said to have been worn by Michael Jordan in the 1984 Olympic basketball final, Sotheby’s said.  Reuters 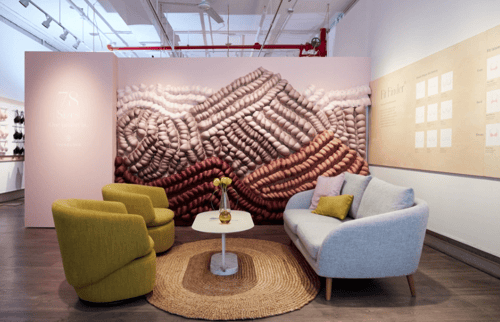 The San Francisco-based lingerie start-up’s first brick-and-mortar shop opens in New York’s SoHo neighborhood on Wednesday. But cofounders Heidi Zak and David Spector were onsite earlier in the week for a quick tour, even allowing a few eager shoppers in for a first look. The digitally native brand has made a name for itself as the bra business for every woman. Now ThirdLove is moving into the physical space, promising to deliver a whole new type of shopping experience. One that includes adjustable lighting, digital measuring systems, three different types of dressing rooms and 78 bra sizes to choose from. WWD

Footwear industry leader Caleres and American ready-to-wear brand Veronica Beard have announced an exclusive partnership. Caleres will produce the Veronica Beard women’s footwear collection, beginning with the spring 2020 season. Caleres is the home of leader footwear brands and represents a diverse portfolio spanning all of life’s styles and experiences. Fibre2Fashion

QVC is making some updates to its Millennial strategy. Most notably, the multiplatform retailer in April quietly pulled the Beauty iQ channel from cable networks in favor of shifting focus to its digital and app presence. Also, during its Black Friday in July digital event today, QVC will launch a subscription beauty box — the Try It Love It, or TILI, box — that will be promoted by influencers. WWD