Members of the founding Nordstrom family are in the early stages of discussing a proposal to boost their roughly one-third stake to over 50%, according to people familiar with the matter. It isn’t clear how the family would increase its stake—one possibility is through a share buyback at a premium, one of the people said—and there is no guarantee it will follow through. WSJ

Nuuly will offer its subscribers the opportunity to rent from the brands included in URBN’s portfolio as well as with over 100 third-party labels such as AGOLDE, Paige Denim, Alice McCall, LoveShackFancy, and more. Additionally, subscribers will also be able to choose from a collection of one-of-a-kind vintage pieces. Nuuly’s subscriptions are available for 88 USD and include six items per month. On average, the merchandise consumers would be getting in each box is about 800 USD, according to URBN. The assortment of products will include a variety of categories including premium denim, dresses, seasonal outerwear, and more. There will also be options available ranging in sizes 00 to 26, as well as styles available for petite sizes. Fashion United

In May, clothing retail service Caastle launched Haverdash, a $59-a-month clothing rental company for women allowing customers to rent three items at a time and refresh them with a new batch of three on an unlimited basis. As the online clothing rental space continues to get more crowded, Haverdash hopes it can corner the younger millennial and Gen-Z market, especially women fresh out of college, with its low monthly cost and popular brands like French Connection, Cupcakes and Cashmere, Lush, Moon River and J.O.A.  Glossy

Brands Have New Ways To Take Less Risk At Retail

Orchard Mile is an online marketplace that sells high end fashion brands like Balenciaga, Dolce & Gabbana, Maison Margiela, Moncler, Oscar de la Renta and many others. Orchard Mile doesn’t own its inventory, it assorts the brands and provides customer service to consumers and the brands ship to consumers directly. Orchard Mile has already opened guideshops on a seasonal basis in New York and Martha’s Vineyard where customers can see products that are consigned to the guideshops and order them in-store for home delivery. Orchard Mile’s next step is to put shops in the lobbies of a luxury hotel chain (name to be announced shortly) where consumers can see the products in an environment where they are relaxed, on vacation and ready to spend. The lobby shops will be connected to in-room shopping where the products can also be viewed, ordered and delivered in minutes. Referring to the cost of marketing online, the founder of Orchard Mile told me, “you don’t want to get them on Google, you want to get them where they are.”  Forbes

Amazon Fashion is launching a new service for Prime members called Personal Shopper by Prime Wardrobe. The process begins with a survey the includes fit and trend preferences, with questions revolving around whether or not a customer likes certain prints (animal or stripes?), how they like to wear certain garments (do you dislike wearing sleeveless in the summer?), and exact measurements including general body shapes (long torso and large bust?). The Personal Shopper service is $4.99 a month for Prime members; for now, it’s only available to women with a men’s service coming in the very near future. It’s a big step for Amazon Fashion, which has neglected to keep up with successful online fashion platforms that cater to the millennial and Gen-Z shoppers who want on-trend, engaging experiences, and older ones who prioritize quality and cool factor over convenience and affordability. But it’s not a first-of-its-kind offering. Stitch Fix, launched in 2011, is now valued at $2 billion. The Personal Shopper’s point of difference seems to be the ability to preview a box of clothes before it’s shipped. Vogue

With $300 million in new funding, Clearbanc aims to invest in over 2,000 brands

Clearbanc, which positions itself as an alternative to VC funding, has made it its mission to help grow direct-to-consumer brands across categories by providing these brands with equity-free investments. The company announced $300 million in new financing, through a round led by Highland Capital, Upper90 and Arcadia. Of that, $50 million will be used to expand Clearbanc’s own business, helping the company have a more international presence and hire more engineering and sales talent. By hiring more people and expanding globally, the company can work more quickly toward its goal of investing in 2,000 brands by 2020. The other $250 million will be put toward Clearbanc’s growth capital and help set up a new venture partner network, which will give DTC founders access to other successful founders like Jason Finger of Seamless and Upper90, Jack Abraham of Hims, and Morgan Hirsch of Public Goods. Glossy

A growing number of real estate owners are turning to esports arcades, lounges and even stadiums, hoping to breathe fresh life into their malls, hotels and other properties. Esports arenas allow thousands of gaming fans to watch video content in-person, with even more watching online. Developers are remodeling convention centers by adding locker rooms, seating, broadcast studios, new fiber for high-speed connectivity and massive LED video walls similar to the ones at Times Square. In June, mall owner Simon Property Group said it would be investing $5 million to become a shareholder of Allied Esports International Inc., and it plans to launch an esports competition that will be held at some of its malls in New York and Los Angeles. WSJ

The biggest mall owner in the U.S., Simon Property Group, could help save more retailers from liquidating, like it did with Aeropostale in 2016. Just about three years ago, Simon and mall owner General Growth Properties, which is now owned by Brookfield Property Partners, teamed up to rescue embattled teen apparel retailer Aeropostale. The two were part of a group that ultimately won an auction to buy the Aeropostale brand out of bankruptcy court, salvaging its real estate. Now, as more than 7,000 store closure announcements have already funneled through this year, with more expected to come, Simon could be eyeing other deals similar to this one. CNBC 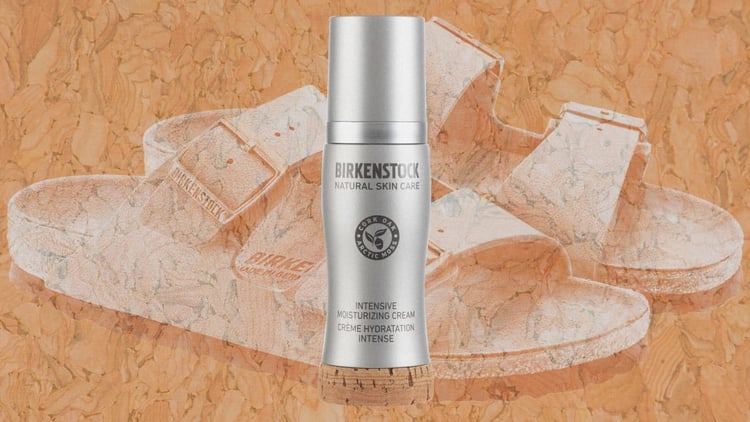 The 245-year-old German company launches an entirely new category of products called Birkenstock Natural Care. It will consist of a line of skincare products ranging from anti-aging creams to revitalizing shampoo, formulated with cork oak bark, which Birkenstock believes can soothe redness and increase collagen production in skin. The products will be squarely in the premium price range, with lip balm for $22 and intensive moisturizing cream for $100. Fast Company