Barneys New York was back in bankruptcy court on Wednesday — and passed a key milestone as it winds its way through the process in hopes of finding a buyer to avoid a liquidation. At a hearing in Manhattan, Judge Cecelia G. Morris gave the luxury retailer the go-ahead to borrow the remaining $142 million of its proposed $217 million debtor-in-possession financing package. The DIP financing is led by Brigade Capital Management and B. Riley Financial Inc. and was arranged at the last minute — after the company filed for bankruptcy last week and before it appeared in court for first-day proceedings. The court previously gave Barneys access to the first $75 million of the Brigade financing. WWD

When fashion label Prada started demanding greater control over shop floor arrangements in US department stores, Barneys New York, now mired in bankruptcy proceedings, was one of the few with enough swagger to resist. The luxury retailer, respected by its well-heeled clients for its selection, said in interviews at the time it wanted to maintain its influence over buying the merchandise rather than ceding to a leased shop-in-shop controlled by the brand. Prada eventually reintroduced its women's styles to the department store after a three-year hiatus, and still counts Barneys as a wholesale partner, a person close to the label said. But if that stand-off ended well for Barneys, its bankruptcy last week may give fashion and luxury brands new motivation to move beyond wholesale arrangements with department stores, to focus on their own stores and websites. BoF 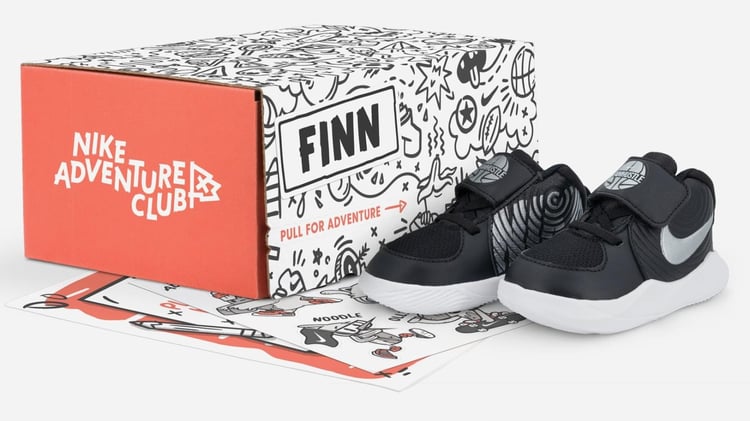 For two years, Nike has been testing a subscription plan for kids sneakers, without letting on that it was an in-house Nike project. Formerly known as Easy Kicks, the initiative is now being rebranded as Nike Adventure Club, a program Nike says is intended to make it easy for parents to keep up with their kids’ fast-growing feet and tendency to trash sneakers quickly. Of course, it’s also a way for Nike to start building loyal customers as young as age two, and continue growing its increasingly important direct-to-consumer business. Quartzy

Foot Locker is teaming with Nike as it rolls out bigger, more interactive stores. These so-called Power stores are four times as big as a typical Foot Locker store in malls. The newest will open Saturday in New York — in the Washington Heights neighborhood of Manhattan. The retailer plans to open upwards of 50 Power stores over the next three years. It has three in the U.S. today: one in Detroit and two in Philadelphia.  CNBC

Boohoo Wants to Beat Zara at Its Own Game

Boohoo Group is empire building. Last week, the ultra-fast fashion e-commerce company, best known for its Insta-trendy and low-priced apparel, made an £18.2 million ($22 million) play for the online businesses of Karen Millen and Coast. The opportunistic move to purchase two struggling British high street players out of administration signals broader ambitions for Boohoo. The company has established a leading position among a new breed of online players that have effectively used social media to target a young, fashion-conscious consumer base eager for an ever-changing selection of ultra-cheap clothing. Karen Millen and Coast target an older, higher-spending demographic with the potential to diversify Boohoo’s reach and consolidate its position within the market. BoF 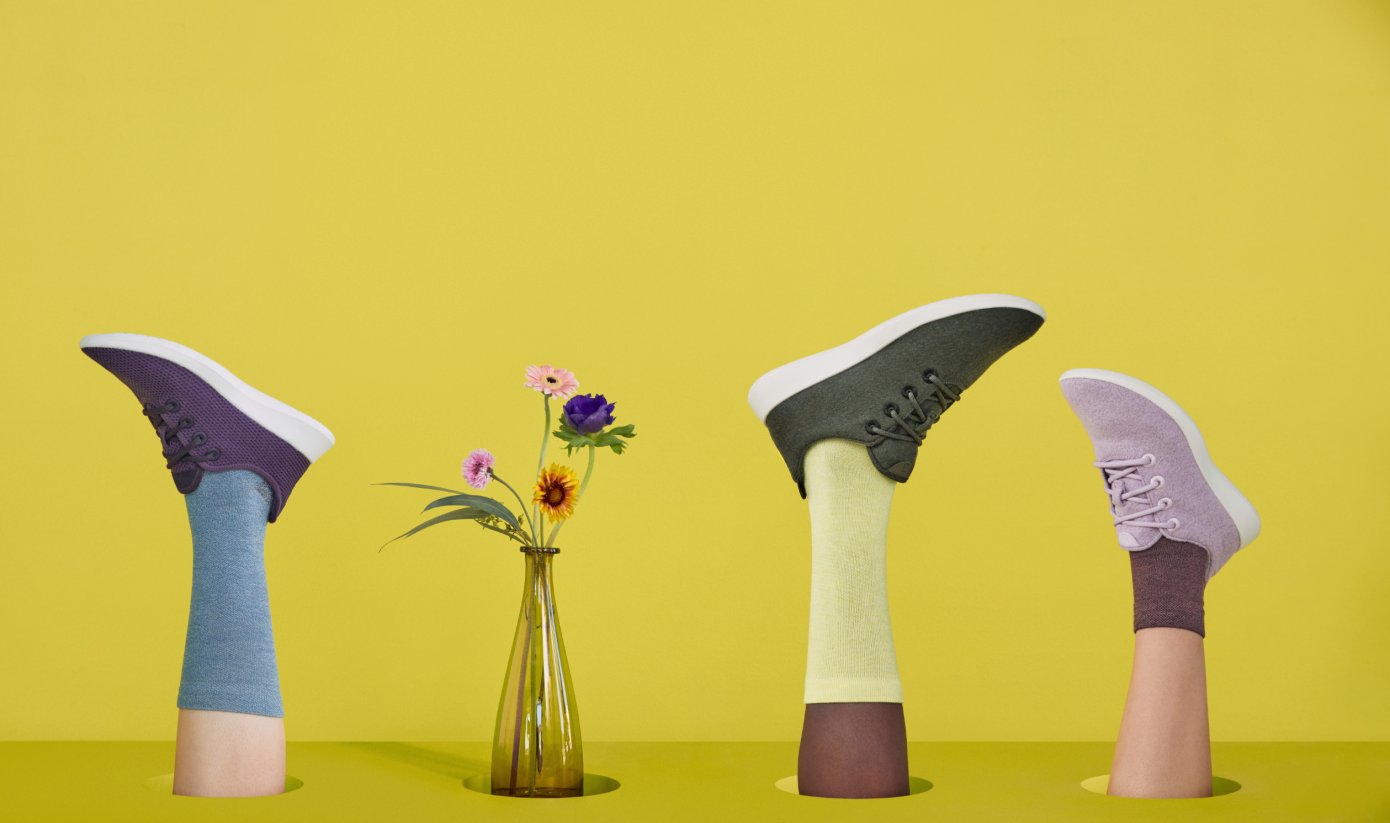 The shoe brand that’s de rigueur for investors, entrepreneurs and aspirants in Silicon Valley has been bitten by the sock bug. But, because this is Allbirds (and Silicon Valley), the company didn’t just launch a new line of socks. They’re using a “brand new material” called Trino that uses a yarn which includes Allbirds’ tree and wool blend. he company is claiming that its new socks are made with natural ingredients and a combination of recycled plastic bottles and plant fibers and are 100% carbon neutral. Tech Crunch

Walmart Inc. on Thursday posted solid second-quarter financial results, suggesting that the retail sector — including brick-and-mortar stores — may have some life. Not all of Walmart’s results were positive. Profits in the three months ended July 31, 2019, declined $861 million to $3.6 billion. But the bottom line still topped Wall Street analyst expectations and the retail behemoth raised its outlook for the year for its U.S. business, including comparable-store sales, consolidated operating income and earnings per share, boosting the stock by more than 6 percent.  WWD

Macy’s is getting into the clothing subscription and resale businesses

The department store operator said it started a pilot this month with resale marketplace ThredUp at 40 Macy’s stores across the country, taking up about 500 square feet of space at each location. Earlier, Macy’s reported fiscal second-quarter earnings that fell well short of estimates and cut its forecast for the year. Shares fell more than 13%. Macy’s results were hurt as it was forced to mark down merchandise during the spring to clear inventories. Gennette told analysts that millennial and Gen Z shoppers especially are looking for rental and resale options. He said this strategy is also a way for Macy’s to acquire new customers.  CNBC

J.C. Penney Is Also Entering the Resale Business With ThredUp

After Macy’s Inc. unveiled a pilot Wednesday that brought ThredUp to 40 of its stores for back to school, J.C. Penney followed suit this morning, announcing a similar partnership with the thrift store in 30 of its locations. Starting this week, secondhand handbags and women’s fashion will be available in a branded ThredUp space in J.C. Penney stores in select markets. The news came as the company published its second-quarter earnings. Its net loss narrowed to $48 million, or 15 cents per share in the quarter ended Aug. 3, compared with a net loss of $101 million, or 32 cents per share in the same period last year. WWD

A battle for emerging brands has broken out in the beauty sector, and Sephora and Ulta are at the front lines. Sephora has launched a series of merchandising initiatives in stores to highlight direct-to-consumer, digital-first brands, which most recently included Sephora's Next Big Thing, a space dedicated to new makeup brands. Ulta Beauty has a new way of showing off up-and-coming beauty brands: a platform called Sparked at Ulta Beauty, which launched this past Saturday online and enters select stores on Sept. 22. The platform features "digitally native, and socially fueled beauty brands" that are going into brick and mortar for the first time.  Retail Dive

Equinox is pledging $1 million to charity in the wake of the controversy surrounding real estate developer Stephen Ross. Equinox executive chairman and managing partner, Harvey Spevak, wrote to gym members in an e-mail on Thursday, speaking out on the controversy and announcing the company will be donating $1 million to a number of charities. The $1 million donation will be made to Cycle for Survival, a cancer research charity, The Heroes Project, a charity benefiting injured veterans, Move for Minds, a women-based Alzheimer’s charity, The Felix Organization, a charity benefiting children in foster care, and House Lives Matter, which benefits sexual and gender minority people of color. WWD