In case you missed it, we published our first European Edition of the New Davids. You can download the full report here and read more in a featured article on industry publication, Glossy.

The e-commerce site today is relaunching Scoop, based on the popular, now-defunct chain of 16 multilabel boutiques selling contemporary designers whose outsize influence belied the number of stores it operated, and which closed in 2016. “The brand equity was much bigger than the actual size of the business,” said Denise Incandela, head of fashion at Walmart U.S. e-commerce. “There was such a passion about Scoop. The boutique was the first of its kind.” The new Scoop brand goes hard on trends, but is easy on the pocketbook. The collection, which consists of more than 100 styles, ranges in price from $15 for a graphic T-shirt to $65 for a car-length teddy coat. Scoop will relaunch as a walmart.com private brand and with the boutique’s original marketing proposition of helping customers build the ultimate closet.  WWD 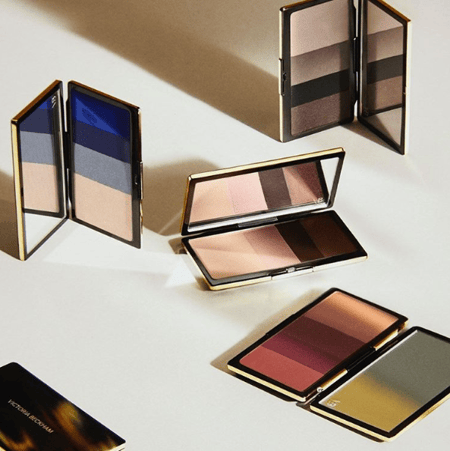 Retail hits the road. Footwear designer Tamara Mellon has unveiled a traveling shoe closet as a new retail concept. Called "TM Closet," the mobile store will stop in several cities across the U.S. from now through mid-December. The footwear designer launched her eponymous, direct-to-consumer label in 2013 after co-founding Jimmy Choo. Her line currently carries women's sandals, pumps, flats, boots and sneakers, as well as two styles of handbags. The shoes range in price from 350 to 1,695 dollars. Fashion United

Casper wants to help you get in the mood to sleep even before you lie down on one of its beds. The mattress startup is launching a new line of gummies to help you catch some Zs with three other letters—CBD. They go on sale today on the Casper website and could offer a little extra help for the one in three people the company says have trouble sleeping at night. The sleep-aiding munchers are the result of a partnership with the cannabidiol company Plus and talks that started a year ago. The new product line is called “PLUS sleep.” Each gummy—purple to reflect its chamomile and blackberry tea flavor—contains 25 milligrams of CBD and one milligram of melatonin.  Fast Company

The idea of California becoming the first U.S. state to ban the sales and manufacturing of fur might just become a reality. According to California Apparel News, the bill for the fur ban, AB44 is on its way back to the desk of Gov. Gavin Newsom. If the governor signs AB44, the fur ban will go into effect on Jan. 1, 2023. Cities in California including Los Angeles, West Hollywood, San Francisco, and Berkeley have already passed their own fur bans. However, there would need to be a statewide ban to make a general law on the issue in California. Fashion United

Amazon has a new, high-quality streaming tier of its music service called Amazon Music HD. It’s priced at $12.99 per moth for Prime members ($14.99 per month for everyone else) and you can add it to your existing Amazon Music subscription for an additional $5 per month, whether you’re an individual or family plan subscriber. What you get for the additional cost is access to over 50 million songs in what Amazon is calling HD (16-bit, 44.1kHz or around what you’d expect from a CD), and then “millions” in Ultra HD (24-bit, up to 192kHz), which the company says is the highest available quality for any music streaming.  TechCrunch 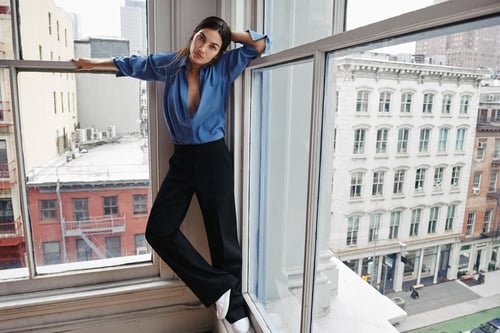 Thakoon, who’s known by his first name, is betting that his customer wants affordable, quality wardrobe essentials. He’s far from the first designer to come to this conclusion, but with 15 years of design experience, he and his business partners Silas Chou and Matthew Scanlan think they’ve found a white space. After putting his eponymous fashion label on hold for two years, Thakoon is back with a new concept under the same name: 12 wardrobe staples priced from $95-$225 for fall, available in sizes XS to XL. It’s all direct-to-consumer and will be available online. Thakoon is also planning a New York store for later this fall.  WSJ 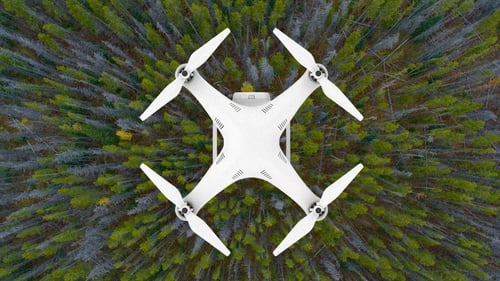 If a trillion trees are planted on all of the land on the planet that’s available for reforestation, scientists have calculated that it could capture two-thirds of the carbon that humans have emitted since the industrial revolution. A new startup launched today with the wildly ambitious goal to plant those trees—and it plans to plant the majority using drones. The company, called Now, is a platform created to help connect anyone who wants to fight climate change with solutions. Fast Company

The market for feminine-care products has changed little in the more than half-century since modern tampons hit stores. Now, consumers’ growing affinity for products that minimize waste and cut down on chemicals is fueling interest in alternatives to traditional pads and tampons. Some are products that have existed for years yet failed to generate mass sales. Kimberly-Clark Corp, which sells Kotex brand tampons and pads, hopes to capitalize on the shift. The consumer-products giant is investing $25 million in startup Thinx LLC, which makes reusable period underwear. WSJ

Maison Kitsuné, which began as a music label in 2002 before adding a ready-to-wear line in 2005, now counts five coffee shops around the world, including spots in Seoul, operated in partnership with Samsung, and Tokyo, with future Café Kitsuné openings scheduled for London, New York, Shanghai and Jakarta before the end of the year. But the brand chose Paris, where it all started, for the first chapter of its latest adventure: The opening of the very first Café Kitsuné restaurant, taking over a 1,720-square-foot former travel agency on the Place André Malraux, a quaint Parisian square between the Opera and the Palais-Royal garden.  WWD

Madewell is thinking big. Maybe too big? The fast-growing, denim-based casual brand, which generated over $600 million in revenues last year, is being valued by the company at close to $3 billion, according to the parent J. Crew Group’s proposal for a Madewell initial public offering. Madewell seeks to generate $970 million in proceeds from the IPO, representing 40 percent of its equity. That values Madewell at $2.45 billion in equity, or 20 times its earnings before interest, taxes, depreciation and appreciation of $113 million last year.  WWD

Today marks the first product launch from Pattern, a new family of brands founded by the team behind former branding company Gin Lane. Equal Parts is the company’s first articulation of a product line under the Pattern umbrella, which is rooted in the direct-with-consumer model that focuses on leveraging customer feedback to inform all product decisions. It’s a product of the team at Gin Lane deciding to pivot away from branding to go in a new direction: Launching custom products paired with a service—most often in the form of coaching or guidance.This first product line, called Equal Parts, offers five sets of cookware made from sustainable materials that come with eight weeks of access to a cooking coach that’s available via text messaging. Forbes