Barneys New York won final approval on Wednesday for its debtor-in-possession package that includes the much-discussed $217 million in financing and a newly increased $40 million consignment facility. The step now leaves the retailer to its ambitious goal of securing a buyer by late October. U.S. Bankruptcy Judge Cecelia Morris granted final approval to the financing package, which the retailer had arranged at the last minute after its Chapter 11 filing on Aug. 6, with DIP lenders Brigade Capital Management and B. Riley Financial Inc. WWD

Nordstrom Inc. is trying a creative new approach for getting busy New York City shoppers in its doors: letting them return things they bought online -- from other retailers. The department-store chain, which opens two “Nordstrom Local” concept stores in Manhattan this month, will accept merchandise returns from rivals like Macy’s Inc. and Kohl’s Corp. in the new small-format locations, regardless of whether Nordstrom carries the same item. Returns can be a pain point for both the customer and retailer, and shoppers want a convenient way to drop off unwanted items, said Jamie Nordstrom, president of Nordstrom stores. BoF

Lego A/S reported a sharp drop in half-year profit as it plowed money into new stores and rolling out products and digital initiatives in a bid to stay ahead of fast-changing consumer behavior. The world’s No. 1 toy maker by sales said it is investing to ensure continued growth as it competes for children’s attention against videogames, YouTube and other digital distractions. Lego Chief Executive Niels Christiansen described kids as increasingly squeezed for time. WSJ

After 16 years of false starts, the behemoth American Dream retail and amusement complex is set to open just west of Manhattan. To get there, an expected 40 million visitors must join the traffic-choked roads of northern New Jersey. The project’s owner, Triple Five Group, expects crowds to rival those at its Mall of America, where express buses, free shuttles and Minnesota’s most-traveled light-rail route carry people to the busiest U.S. shopping destination. Unlike Minnesota, New Jersey has no plans to link the site by rail from its major airport. In fact, it has no plans for any new train service, only additional bus routes with extended hours and stops. Bloomberg

Ariana Grande and Forever 21 are heading to court. The singer filed a lawsuit on Monday against the retailer for copyright and trademark infringement, violation of right of publicity and false endorsement over a Forever 21 ad campaign that replicated music videos from her “Thank U, Next” album. Grande is seeking at least $10 million in damages. WWD

Netflix is testing a new way to help users find TV shows and movies they’ll want to watch with the launch of a “Collections” feature, currently in testing on iOS devices. While Netflix today already offers thematic suggestions of things to watch, based on your Netflix viewing history, Collections aren’t only based on themes. According to Netflix, the titles are curated by experts on the company’s creative teams, and are organized into these collections based on similar factors — like genre, tone, story line and character traits. Tech Crunch

Neiman Marcus announced it will begin selling mattresses for the first time as part of "The Art of Sleep" collection. The department store teamed up with four "luxury mattress companies" — Aireloom, Royal-Pedic, Sferra and Shifman — to sell the products. The collections are available exclusively online on Neiman Marcus' and Horchow's websites. The Art of Sleep collection will also include loungewear and sleepwear, as well as an "editorial step-by-step beauty regiment."  Retail Dive 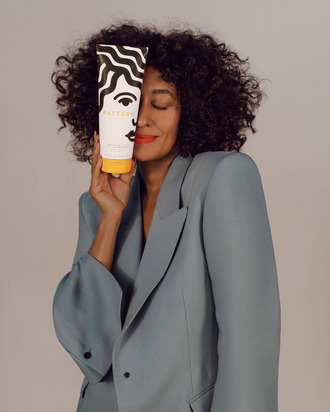 After 20 years in the making, Ross (daughter of that Ross) has created Pattern, an accessibly priced line for textured, curly hair (specifically for those with curl patterns ranging from 3b to 4c). Using her experience with her own hair, she designed the products to better serve those curl-blessed like her. The range is more conditioner-focused than shampoo, with three different types and extra-large sizing (because “a quarter size amount of product” is cute, but not functional). Microfiber towels, rubber shower brushes, and hair clips will also be part of the lineup. The Cut 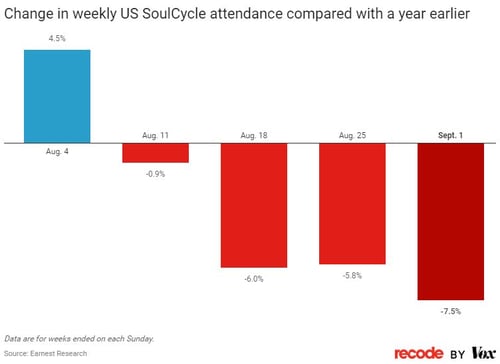 Last month, cancel culture came for SoulCycle. The stationary bike exercise company’s liberal user base was outraged at news that one of SoulCycle’s major investors was hosting a reelection fundraiser for President Trump, whose misogynistic, racist and anti-gay policies and rhetoric seem to contradict SoulCycle’s purported socially conscious values. Devotees (including high-profile ones like Chrissy Teigen, Billy Eichner, and our own Kara Swisher) pledged to boycott SoulCycle and its parent company Equinox. Anecdotal evidence (including a trending hashtag on Twitter) suggested that SoulCycle customers — most of whom are located in large coastal cities — were staying away en masse. One month later, we have data that shows the hullabaloo was more than just Twitter chatter.  Vox