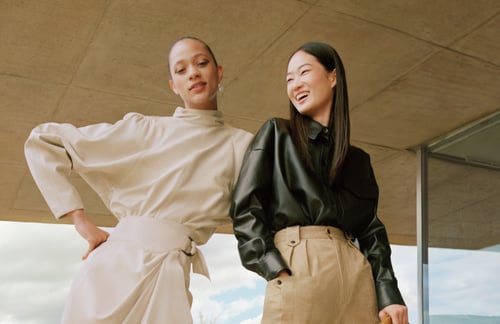 Net-a-porter is planting its flag on Tmall’s Luxury Pavilion with a store that marks the start of a new joint venture formed by Richemont and Alibaba, which has been named Feng Mao. Richemont said Monday that Net will be placed in the “key position” on Luxury Pavilion, and the flagship’s grand launch campaign will begin in the second week of October, after China’s Golden Week. The online flagship will stock the latest seasonal collections from Net and Mr Porter under one storefront. At launch, the store will offer more than 130 luxury and designer brands. WWD

McKinsey to Open First Ever Store At Mall of America

In an endless wave of brick-and-mortar store closings, one unexpected new entrant is swimming against the retail industry tide: McKinsey & Co. The white shoe consulting firm said on Thursday it was opening its first ever retail store, called the Modern Retail Collective, this week at the Mall of America in Minneapolis. It won't be a place to buy McKinsey's signature corporate reports or pop in to get consulting services. In fact, shoppers visiting will have no inkling that McKinsey is behind the space at all. Fortune 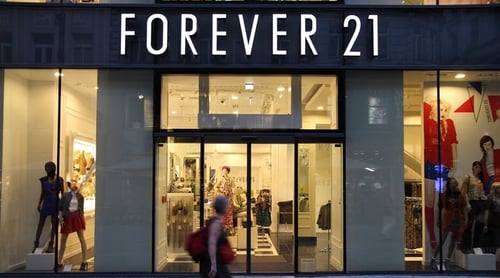 Fashion retailer Forever 21 Inc said on Sunday it has filed for Chapter 11 bankruptcy protection to restructure its business, joining a growing list of brick-and-mortar players who have taken a hit from fierce e-commerce competition. The company said it plans to exit most of its international locations in Asia and Europe, but will continue operations in Mexico and Latin America. The retailer said it received $275 million in financing from its existing lenders with JPMorgan Chase Bank, N.A. as agent, and $75 million in new capital from TPG Sixth Street Partners, and certain of its affiliated funds. BoF

Richemont and Alibaba Group Holding Ltd’s luxury joint venture is going live in China, presenting 130 brands in one location on the Tmall e-commerce site. Tom Ford, Brunello Cucinelli and Jimmy Choo will join Richemont brands Cartier, Piaget and Vacheron Constantin on the site. Investors have awaited details on the partnership since the companies announced it about a year ago. The venture, called Feng Mao, will start a launch campaign for the platform in the second week of October, after China’s Golden Week holidays, the companies said Monday. BoF

The American Apparel & Footwear Association is not backing down when it comes to Amazon. The Washington-based trade body, which represents over 1,000 retailers including Adidas and Gap, on Tuesday issued a second complaint to the U.S. government, accusing Amazon of facilitating the sale of counterfeit goods through its foreign sites. In a letter to the United States Trade Representative, the AAFA once again urged it to add Amazon’s sites in the U.K., Canada and Germany to its Notorious Markets list and for the first time also its marketplaces in France and India. WWD

Prepare your credit card: Ikea’s Virgil Abloh collaboration will drop more than a year after the designer and artist first gave fans a sneak peek. As a designer, Virgil Abloh is fascinated with taking things out of context, prompting his audience to rethink everyday objects. That’s exactly what he does with his much-anticipated 15-piece collection he designed for Ikea, which drops in stores on November 1, 2019. Take, for instance, the Ikea receipt, which is instantly recognizable to anybody who has ever set foot in the Swedish furniture store. Fast Company

The Biggest Mall Owner In The US Is Going Online

The biggest mall owner in the U.S., Simon Property Group, is teaming with online shopping site Rue La La’s parent company to launch a new kind of website for people looking for deals. The real estate company announced Wednesday it’s partnering with Rue Gilt Groupe, which is backed by Michael Rubin, CEO of Fanatics’ parent company Kynetic, to create a new e-commerce business for discount shopping. Simon has been testing the website “ShopPremiumOutlets.com” since March, building on its premium outlet centers business. The mall owner operates dozens of premium outlet centers nationwide and a handful overseas. It’s been working with certain retailers at those centers — which include Woodbury Common Premium Outlets in New York — to test selling merchandise together on this site. It says it has signed on more than 2,000 designers, and has about 300,000 products. CNBC

WTO Give the U.S. Green Light to Slap Tariffs on European Luxury Goods

The verdict is in. After months of deliberation, the Geneva-based World Trade Organization has given the U.S. the green light to slap tariffs on almost $7.5 billion of European goods annually as part of a spat over aviation subsidies. The U.S. had wanted to target close to $11 billion. The U.S. will publish a final list of products shortly. A previous one included handbags, suits and Champagne and if these products end up on the final list it will leave retailers with little choice but to raise prices on many European luxury goods. On a company level, LVMH Moët Hennessy Louis Vuitton has been singled out as being particularly vulnerable to the tariffs due to its multiple fashion and beverage companies (in addition to Champagne, wine and whiskey have also been targeted). WWD

What if Instagram could automatically tell your Close Friends you’re home, working, on the move or chilling and might want to hang out? That’s the idea behind Instagram’s new companion app Threads, a Close friends-only messaging experience that opens to the camera with shortcuts for instantly sending specific people photos and videos. Threads offers two brand new features called Status and Auto Status that allow you to manually set an emoji as an away message to show Close Friends what you’re up to, or opt in to letting Instagram select one automatically based on your location, accelerometer and even your phone’s battery level. Launching globally today on iOS and Android, this is Facebook and Instagram’s next big swing at Snapchat, specifically targeting its top use case: rapid-fire camera and text messaging with your best friends. TechCrunch

Clothing rental service Rent the Runway is temporarily halting taking on new customers or new orders while its tries to fix major operational problems that have caused it to delay or cancel orders, angering legions of its customers. Chief executive Jennifer Hyman told customers in an email on Friday that the delays, which started on Sept. 13, stem from unexpected problems caused by "a significant transformation" it is conducting on its fulfillment operations. The goal is to speed up turnaround time so clothes can be rented again more quickly. "So that we can focus entirely on you, our current customers, while we fix these issues, we will not be accepting new subscribers or new event rental orders to be delivered before Oct. 15," she wrote. Fortune

Neiman Marcus stated that its move to clearly distinguish healthier beauty products and wellness-oriented apparel is aimed at serving consumers with products that meet their unique definition of wellness. It comes as other retailers are capitalizing on the healthy beauty trend as well. Walmart, Target, Amazon and Sephora, have also introduced healthy beauty product lines over the past year or so. "It was important for us to launch this initiative and specifically call out these products so our customers can easily make an educated decision," Michelle Gill, divisional merchandise manager of beauty at Neiman Marcus, said in a statement. RetailDive