Sotheby’s continues its exploration of the streetwear world through a collaboration with media company Highsnobiety, launching on Jan. 20. The collection is part of the Sotheby’s Old Masters department’s initiative to introduce pre-Modern-era artworks to new collectors. Works such as Matthias Withoos’ “Still Life With Butterflies and Lizards, an Imaginary Landscape With Allegories of Abundance and Charity” from the Prague School in the 16th century, Ginevra Cantofoli’s “A Sea Nymph,” a 16th-century Netherlandish School panel of a skeleton draped in white fabric, and a depiction of Bacchus and Ceres from an 18th-century Dutch school appear on white-and-black T-shirts, crewneck sweatshirts and hoodies, ranging in price from 65 euros to 125 euros. WWD

Warner Bros. will open the world’s first-ever Harry Potter flagship store in New York City in Summer 2020. The upcoming store, to be located next to the Flatiron Building at 935 Broadway, will house the largest ever collection of Harry Potter and Fantastic Beasts products, from Hogwarts House robes to Chocolate Frogs and Bertie Bott’s Every Flavor Beans. Visitors will be able to explore a store spanning 20,000 square feet and three floors full of Wizarding World merchandise. Forbes 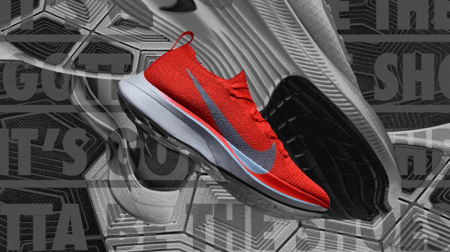 Nike’s Vaporfly Shoes Might Get Banned From the Olympics

For all the technological claims shoe companies have made over the years—Buy these shoes to run faster! Jump higher!—Nike may have actually succeeded too drastically. Elite runners may be banned from wearing Nike’s Vaporfly 4% shoes in races later this year. The Nike Vaporfly 4% uses a combination of advanced foams and a carbon fiber plate to rebound as much as 4% of the energy from one running stride into the next. Fast Company 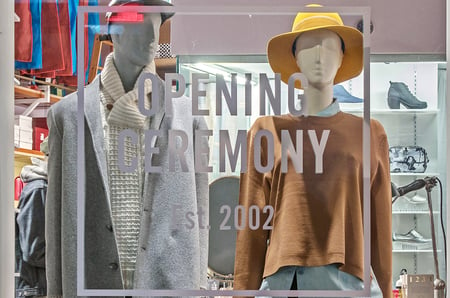 On Wednesday, skin-care brand Kiehl’s will start offering services at its 80 standalone stores in the U.S., in a bid to differentiate what is available at its wholesale partners. L’Oréal-owned Kiehl’s has historically provided complimentary skin-care consultations and a basic 15-minute hydrating facial to all shoppers, but it will now offer three tiers of 20-minute facials to customers who make a purchase of at least $65, $85 or $125. Glossy

Deep Brew, Starbucks' artificial intelligence (AI) technology, is a key part of the company's vision for the future. Currently, the tech calculates a store's inventory needs and predicts how many baristas are needed every day. The benefit is that Starbucks employees don’t have to spend time doing these tasks, meaning they have more time to spend on helping and interacting with customers. According to Johnson, 100% of the time saved through AI goes back into customer connections. Retail Dive

Lego Sets its Sights on a Growing Market: Stressed-Out Adults

Lego, the world’s largest and most profitable toymaker, is zeroing in on a growing demographic: stressed-out adults. The 87-year-old Danish company increasingly bills its brightly colored bricks as a way to drown out the noise of the day and perhaps achieve a measure of mindfulness. The company’s newest kits — which include the Central Perk cafe from the sitcom “Friends” and a vintage 1989 Batmobile — tap into Gen X nostalgia, while its Ideas and Forma lines are being targeted to adults who want to occupy their hands but keep their minds loosely engaged. The Washington Post 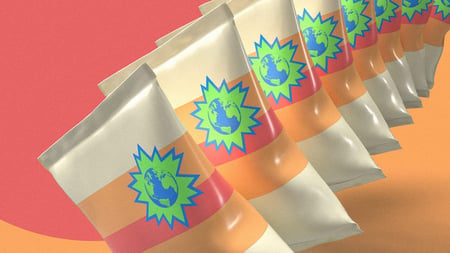 Low-CO2 Food Labeling Will be the Next ‘Low Fat’ Craze

In what could prove to be a landmark marketing scheme, the Phillippine-owned fake meat producer Quorn—perhaps known best for its viral vegan sausage rolls in the U.K. and chicken-less nuggets in the U.S.—will begin labeling 30 of its most popular products, not simply with federally mandated Nutrition Facts but with a full disclosure of the food’s CO2 footprint. The CO2 labeling is a completely voluntary move, meant to highlight the fact that Quorn’s proprietary protein mix puts out greenhouse emissions that are 90% lower than beef. Fast Company