The news of the coronavirus outbreak has cast an unexpected shadow over this Chinese New Year. And as Chinese shoppers alter their travel plans and stay at home to avoid infection, many luxury market players — including luxury groups, Chinese brands, and e-commerce companies — have decided to make generous contributions. The international luxury group LVMH, a frequent donor to global issues like the Notre Dame Cathedral restoration and the Amazon rainforest, has stepped up once again by announcing on January 27 that they would donate nearly $2.3 million (16 million RMB) to the Chinese Red Cross Foundation to help with a medical supplies shortage in Wuhan. The group also helped to gather much-needed supplies for China from France and throughout Europe with the assistance of the Red Cross. JingDaily

Billionaire Behind Victoria’s Secret in Talks to Step Down, Sell Stake

Leslie Wexner, the billionaire behind Victoria’s Secret, is in discussions to step aside as chief executive officer of his retail empire and is exploring strategic alternatives for the lingerie brand, according to people familiar with the matter.The parent company, L Brands Inc., is in discussions with Sycamore Partners, a private-equity firm that has scooped up several troubled apparel brands, some of the people said. WSJ 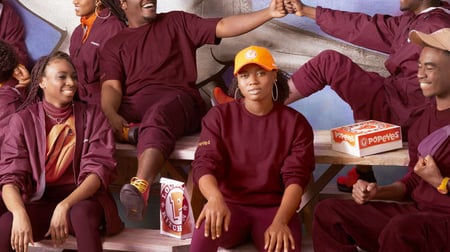 Popeyes said Wednesday it plans to sell a limited-edition clothing line that looks familiar to members of the Beyhive. To build buzz for her first collaboration with Adidas, Beyonce sent out large boxes filled with orange, maroon and white clothing from her Ivy Park capsule collection to celebrities such as Reese Witherspoon and Ellen DeGeneres. The actresses and influencers quickly posted videos and photos of the containers being unboxed.The stunt worked. The gender-neutral activewear sold out within hours. CNBC

At its New York City flagship and online, Nordstrom on Friday will launch "See You Tomorrow," an apparel resale shop curated by Olivia Kim, vice president of creative projects, according to a company press release emailed to Retail Dive. ​The assortment will include women's apparel, shoes and handbags; men's apparel, accessories and shoes; children's wear; and jewelry and watches.​ Retail Dive

The $25 billion department store giant will be opening a new stand-alone specialty concept in Southlake, Tex., which will include a beauty and café component, according to sources. Rachel Shechtman, the founder of Story, which Macy’s acquired in 2018, is said to be spearheading the new format. Story, which became a retail phenom with a strategy that included a new merchandising theme about every six weeks, now has shop-in-shops in 36 Macy’s doors around the country, continuing with Shechtman’s continual stream of retail experimentation. WWD

The Vitamin Shoppe's partnership with LA Fitness is the latest move the retailer has made to revamp its brick-and-mortar footprint. Last October, the retailer debuted the first of five experiential stores that include services like on-demand digital product guides, enhanced mobile point-of-sale checkout, an "Only Me" health assessment, a body composition analysis station and a supplement sampling machine.The Vitamin Shoppe is one of several retailers that have engaged with ancillary businesses and organizations. RetailDive

Pinning down a lip color might have just gotten a little easier. Pinterest revealed a new feature on Tuesday that allows users to virtually try lipstick. With Try On, users in the U.S. can test lip colors using augmented reality, courtesy of the selfie view of their Pinterest camera. The feature maps the onscreen looks to real world products from bareMinerals, Estée Lauder, Sephora, Neutrogena and L’Oréal’s NYX Professional Makeup, YSL Beauté, Lancôme and Urban Decay. WWD

The Big Apple is about to get sweeter. Krispy Kreme on Wednesday announced it will open six locations in New York City this year, including its previously announced Times Square flagship. Currently, the company has one city location (in Penn Station), which is set to reopen on Jan. 30 after being remodeled as part of the expansion. The first new Krispy Kreme location in the city will open on Feb. 4, in Manhattan’s Midtown area. Additional stores are planned for Manhattan’s financial district, Harlem and Upper West Side neighborhoods, along with a location in the Bronx. CSA