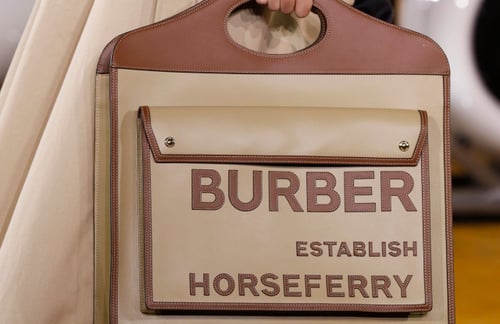 Burberry Partners With The RealReal in the Name of Circular Fashion

Against of a backdrop of climate change protests and luxury companies ramping up their sustainability initiatives, Burberry has partnered with luxury consignment marketplace The RealReal in an effort to promote a circular economy in fashion. According to Burberry, the partnership is a means of educating and directing consumers who wish to consign their Burberry items, or to shop for old Burberry pieces, on The RealReal’s site. WWD

Snap is pushing deeper into commerce, with shoppable ad formats like Collections, better ad targeting and ways to sell directly through its platform. This week, Snapchat made another notable push into in-app commerce with the launch of its first shoppable game. Engadget reported that Snapchat partnered with Adidas to promote a limited-edition line of baseball cleats. Users can buy products from the line directly in the game. Modern Retail 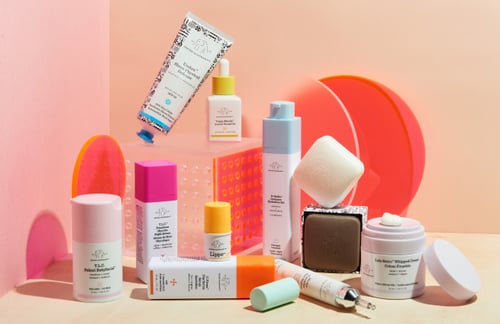 Why Shiseido Was The Right Choice For Drunk Elephant

Drunk Elephant, which was once valued at $1 billion, is on track to do $100 million in net sales for 2019. Despite its massive growth since its debut in 2013, the beauty brand has had little presence in Asia, where Shiseido has a home court advantage. Beyond the U.S., the conglomerate’s two largest markets are Japan and China. Drunk Elephant’s first entrance in the region was via a Singapore pop-up in November 2018. According to Euromonitor market data, Shiseido generated 52% of its beauty and personal care sales outside of Japan in 2013, compared to 56% in 2018. With that number increasing, bringing U.S.-based Drunk Elephant into the fold is sound business. Glossy

Tying up with Target gives the new — and still very small — Toys R Us scale ahead of this year's holiday season, the second since the big-box incarnation of the toy retailer liquidated in bankruptcy. For Target, it gives brand weight to its expanded toy efforts, much like its recent partnership with Disney to open store-within-a-store concepts at some Targets. Richard Barry, CEO of Tru Kids, which owns the Toys R Us brand property, said in a statement the company's domestic strategy is to "back the Toys"R"Us brand in a modern way through a strong experiential and content-rich omnichannel concept" and called Target the "ideal retailer" for the brand to work with. Retail Dive 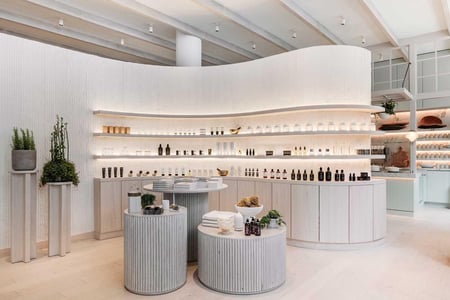 The Well Has Built A Tranquil Retreat In The Heart Of Union Square, NYC

With the overwhelming boom of both wellness and members’ clubs, it should come as no surprise that one particularly elegant combination of both realms has become the talk of the town in New York City. Newly opened this month, The Well, a membership-based club that creates integrated and personalised wellness plans for its members, touts an offering that professes to be the first of its kind. A union of both Western medicine and Eastern healing, the club’s programme features a best-in-class rota of wellness practitioners, fitness trainers and health coaches, who have come together to create a comprehensive approach to personal health. Wallpaper

When Max Bittner, former CEO of e-commerce company Lazada Group, was appointed CEO of French luxury resale platform Vestiaire Collective, one of his first priorities was changing the company’s commission structure to lower the percentage that the company takes from all sales, dropping them by an average of 10% across the company’s various price brackets. For Bittner, it was the first step in his overarching vision for the company, which will see Vestiaire Collective focusing on audience growth above all else. Glossy

This collection is all about movement — in the sense of athletic pursuit, but also of a push for size inclusivity that has driven Universal Standard's Alex Waldman, co-founder and chief creative officer, to find partners that recognize, as she puts it, that it's "the only way forward." "Together with adidas, we want to change the way fashion looks at women and the way women look at fashion," she said in a statement. "This is to the benefit of the industry, the consumer, the idea of diversity, and to creativity itself." In her own statement, Alison Stewart, vice president of concept development at Adidas, noted that the brand sees the potential for change in this space. Retail Dive

Puma Teams Up With Cloud9, Becoming The Latest Sports Apparel Brand To Join The Esports Trend

Puma is trying to find a cheat code to boost its already fast-growing sales. The German sneaker maker announced a multiyear partnership with esports brand Cloud9 to create an apparel collection for gamers. The clothing will sell for $25 to $75 and be available for purchase on the websites of both companies. In January, Puma signed a sponsorship deal with Cloud9 to provide official game day shirts and pants for league players. It’s similar to the uniform sponsorship or “kit deal” Puma has with Manchester City in the English Premier League. CNBC

In her New York City showroom, Erin Fujimoto is pulled together in Tommy John pants, a crisp top and even one of the brand’s new bras. She mostly wears Tommy John, the company she cofounded with her husband Tom Patterson in 2008. The look is polished and sophisticated. But Fujimoto swears it’s comfortable. “You can feel like you’re wearing sweatpants,” Fujimoto told WWD, referring to her own attire. “But you have a really put-together, polished look at the end of the day.” That’s the premise behind the launch of apparel by the brand, which began by selling men’s basics. Ten years later, the company moved into women’s underwear and loungewear. Then last month, Tommy John introduced bras. Now the company is unleashing a full line of men and women’s apparel and ath-leisure basics. WWD