LVMH has entered the political war zone that surrounds President Donald Trump, perhaps the most polarising figure in the world’s largest consumer market. On Thursday, LVMH Chairman and Chief Executive Bernard Arnault and Trump marked the opening of a new Louis Vuitton handbag factory about 50 miles southwest of Dallas near the towns of Keene and Alvarado, which comes with a commitment by the French luxury group to create 1,000 jobs over the next five years. (The initial investment is $50 million.) "We are pleased to be able to contribute to the American economy and bring jobs to the retail manufacturing sector,” Arnault said in a statement following a lunch and ribbon-cutting ceremony at the 100,000 square-foot “workshop,” dubbed Rochambeau Ranch. He was accompanied by his son, Alexandre Arnault, Louis Vuitton Chief Executive Michael Burke, Trump and Ivanka Trump. BoF

US luxury department-store chain Barneys New York Inc is nearing a roughly $270 million deal with brand developer Authentic Brands Group that could lead to Barneys shops opening in Saks Fifth Avenue stores, people familiar with the matter said on Monday. Without an offer from Authentic Brands, Barneys faced winding down its business entirely. It filed for bankruptcy protection in August, citing rent hikes as a factor in its decision. BoF 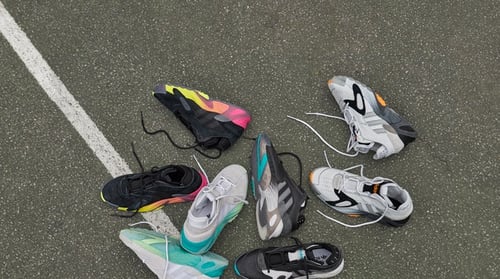 Adidas Plans to Cash In on Old Clothes

The sportswear giant is rolling out a new scheme to clean up customers’ old or unwanted garments in return for Adidas vouchers. The initiative aims to address the growing amount of waste generated by the fashion industry. Adidas, in partnership with the London-based start-up Stuffsr, is offering consumers signed onto its UK loyalty program the opportunity to return any items they have purchased from the brand in the last five years, no matter the condition. The items are repaired where needed, resold where possible, and as a final resort, recycled into new products. BoF 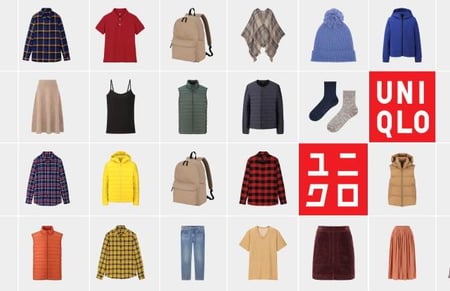 Uniqlo is doing its best to keep its customers warm this winter. On Friday, the retailer will launch a new member sampling program where people who download its app will be gifted a piece of Heattech, the brand’s winter base layer. (Customers need to download the app by Oct. 17 and link their online account.) Through Nov. 10, they will be able to choose from a variety of Heattech styles in various colors for men and women including T-shirts, turtlenecks and leggings until 100,000 are given away. After Nov. 10, a different product will be featured each week and app members will be given the opportunity to sample those as well. WWD 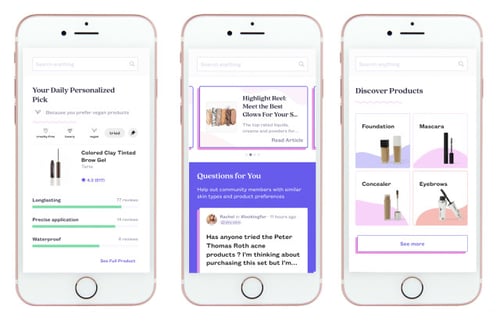 Two Silicon Valley tech guys are looking to solve what they call “low e-commerce engagement” in beauty sales.To do it, they’ve created a comprehensive online beach search platform called Mira.The app, which is available on iOS devices, guides users through a question-and-answer process to lead them to products that meet their needs. If they already know what products they’re interested in, Mira can guide them to reviews from people who look similar to them, or have similar skin types. Then, if a user decides to purchase, they are presented with e-commerce options at potentially differing price points. WWD

Rimowa Turned Luggage Into a Status Symbol. Can It Sell Fashion?

Did LVMH buy Rimowa for the wheels? That’s the word on the street amongst some industry insiders, who suggest the brand’s high-tech wheels could end up on Louis Vuitton luggage in the near future. The German hardside-luggage maker’s 360-degree wheel technology is certainly nothing to sniff at: hundreds of online reviews praise the smooth ride they deliver when you’re maneuvering your hardcase through the airport. But it’s doubtful Rimowa’s wheels alone were worth the €640 million LVMH spent to acquire an 80 percent majority stake in the brand in 2016. While other brands in the group are using some elements of the manufacturer’s proprietary technology in their products, the wheels remain exclusive to Rimowa for now. Besides, LVMH's ambitions for the brand are far wider. BoF

Glossier's millennial pink packaging and must-have beauty products have already taken over our shelfies and forever changed our beauty routines. And after encouraging us to embrace a glossy lip with the launch of two new lip gloss shades, the brand is coming for our closets. That's right — Glossier, the brains behind the life-changing Boy Brow, just announced the July 17 release of a limited-edition collection called Glossiwear, which appears to be clothing. There are no details on whether the upcoming launch might include an entirely pink ensemble, but based on the 'gram, a logo hoodie does appear to be part of the launch; in the Instagram announcement, a model is sporting the millennial pink hoodie, and it features "Glossier" in white lettering. Allure

At the beginning of October, StockX, the billion-dollar resale platform known primarily for its sneakers and streetwear, debuted an entirely new set of products: collectibles. It’s the fifth major product category to launch, after sneakers, streetwear, handbags and watches, and signifies StockX’s shift toward being a universal “stock market of things,” as the company called it, as opposed to solely being a sneaker site Collectibles will include items already aligned with the streetwear-oriented audience StockX has built, like skateboard decks, but it will also house toys and trading cards. The company’s new CEO, Scott Cutler, who was brought on board in June with experience at StubHub, eBay and the New York Stock Exchange, said the StockX business model can work with any product with an active market and community of collectors. Glossy 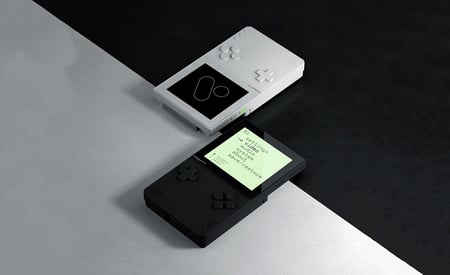 Vintage video games have been leveled up through a contemporary reinterpretation of the Nintendo Game Boy. Analogue Pocket, by US tech company Analogue, is a faithful reimagining of the legendary games console. The handheld device can be used to play the entire library of 2,780-plus games produced for the 1989 Game Boy and its subsequent successors, the Game Boy Colour and Game Boy Advance. Analogue launched in 2011 with purpose to ‘celebrate and explore the history of video games with the respect it deserves’. You’ll find no digital downloads or emulations here, as its catalogue of systems exclusively run vintage games cartridges: a nostalgia-tinted homage to the original capabilities of their decades-old predecessors. Wallpaper Magazine

Dirk Schönberger’s vision for MCM is coming into clearer focus as he marks a year at the creative helm of the accessories brand.On a three-day trip to New York, the designer previewed MCM’s first collection under his tutelage — a mix of upbeat clothing, shoes, bags and small accessories. “My job is to take what was here and push it forward, taking the DNA and codes of MCM and evolving it into something contemporary,” he said in an exclusive interview. After evaluating how consumer indifference and busy lifestyles will continue to challenge the fashion industry, Schönberger felt that functional, everyday luxury designs could provide an antidote to market fatigue. WWD