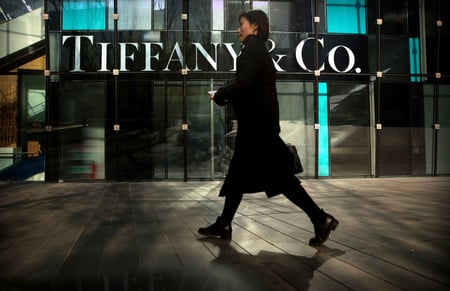 LVMH Moët Hennessy Louis Vuitton confirmed Monday it had made an approach to Tiffany & Co. regarding a potential takeover, confirming reports at the weekend. “In light of recent market rumors, the LVMH Group confirms that it has held preliminary discussions regarding a possible transaction with Tiffany,” the company said in a statement. “There can be no assurance that these discussions will result in any agreement,” it added. Tiffany, in its own statement, said, “Tiffany & Co. today confirmed it has received an unsolicited, non-binding proposal from LMVH Moet Hennessy – Louis Vuitton to acquire Tiffany for $120 per share in cash. WWD 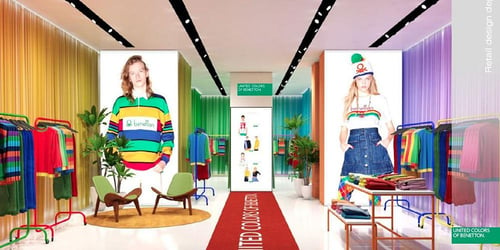 Benetton To ‘Pop-Up’ In Return To U.S. Retail

The United Colors of Benetton is making its first foray into the U.S. retail scene after more than a two-year absence. The Italian clothing brand, known for its strong use of color and controversial advertising campaigns, will open a pop-up at Santa Monica Place, Santa Monica, Calif., on Oct. 25. It will be Benetton’s first physical store in the U.S. since 2014, when it began closing all its 60 U.S. locations. The temporary shop, which will close on Nov. 24, will be based on an omnichannel model, with no stock. All purchases will be made online. CSA

The Body Shop is getting back into fighting form. Under new-ish ownership by Natura Cosmetics SA, the once struggling business has gone through a period of reconnecting with its old scrappy individualism. That includes projects like collecting 8.3 million signatures against animal testing and delivering them to the UN, plus a plastics recycling and sustainability program in India. That brand of activism, which was at the crux of late Body Shop founder Anita Roddick’s business philosophies, is making a comeback at the newly anointed B Corp., which is now helmed by chief executive officer David Boynton. WWD 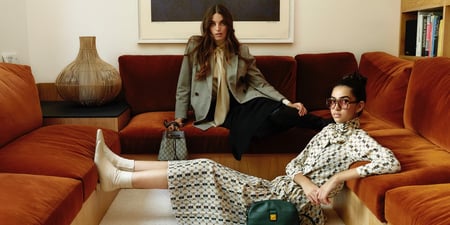 Vestiaire Collective is setting up shop in London. The Paris-based luxury resale site is opening its first permanent brick-and-mortar retail space in a new tie-up with British heritage department store Selfridges. The 40-square-meter space, housed within the store’s third-floor designer studio, opens on October 30 with 200 items on sale, including 10 rare vintage pieces from the likes of Versace, Paco Rabanne and Maison Margiela, which Vestiaire Collective has sourced especially for its new location. A special online edit will also be available to buy on Selfridges’ website. BoF 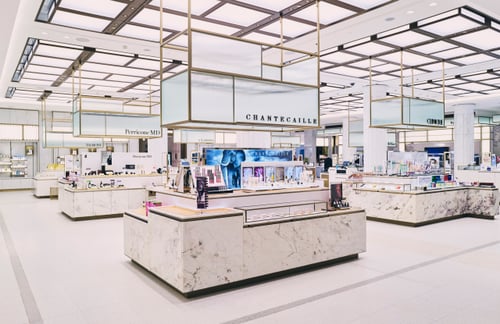 Harrods is on the move, with plans to test a new beauty standalone store concept called H Beauty. The first store will open in April, 2020 in the Lakeside, Essex shopping mall, about 20 miles from London, while the second will open in Milton Keynes, Buckinghamshire, about 50 miles from the capital. The stores will offer premium beauty, cosmetics, skincare and fragrance products, and measure in excess of 20,000 square feet each. WWD

Guram Gvasalia, cofounder and chief executive officer of the Zurich-based fashion house Vetements, is on a mission to help foster young talent. In a talk with Miles Socha at WWD’s Apparel & Retail CEO Summit Wednesday morning at the InterContinental New York Barclay hotel, he spoke of creating a platform next year that will support young designers. His plans include setting up a coworking space within his company’s offices, traveling to schools to speak with students about the realities of working in the fashion industry and offering scholarships.  WWD

At Maison Margiela‘s new 2,200-square-foot store at 1 Crosby Street in Manhattan’s SoHo, creative director John Galliano’s voice comes spilling from sound cones. When a client walks into a noise-canceling zone and stands beneath one of the cones, snippets from the designer’s podcast series, “The Memory of…with John Galliano,” are uttered in his inimitable British accent. The designer notably reupped his contract with the house in buzzy news earlier this week. WWD

As legacy retailers struggle with what to do with their large store footprint, there’s a growing industry of retail-as-a-service companies that are pitching them on software and services that they say will help them make better use of in-store space. One such company, b8ta, announced today that it’s raised a new round of $50 million in equity funding, and is releasing a product called Ark, a technology platform that will give retailers access to software to onboard new brands, a point-of-sale system, an analytics dashboard and other tools to manage what b8ta calls in-store marketplaces.  Modern Retail

The Brooklyn, N.Y.-based startup is introducing “Spaces by Brooklinen,” a digital store featuring three themed rooms stocked with Brooklinen wares plus more than 100 products from 12 outside brands, including furniture maker Floyd Inc., art book publisher Taschen GmbH and boutique watch and clock retailer Newgate World. Part of the idea behind Spaces by Brooklinen is that offering complimentary products could get consumers to place more items in their shopping baskets, both from Brooklinen and other vendors. The Wall Street Journal