Nike Inc. said it would stop selling its clothes and sneakers directly to Amazon.com Inc., an about-face for the sportswear brand. The sneaker giant agreed in 2017 to sell products to Amazon in exchange for stricter policing of counterfeits and restrictions on unsanctioned sales. It was part of Amazon’s effort to court big fashion brands to sell their products through its website. The Wall Street Journal

Zara has tapped a fragrance heavyweight to create its newest permanent perfume line. A long-term partnership will see Jo Malone CBE create unisex fragrance collections for the global fashion company, sold under the name “The Zara Emotions Collection by Jo Loves, created by Jo Malone CBE.” The debut collection comprises of eight scents priced at €25.95 ($28.16) each. Zara approached Malone 18 months ago, and the two parties have been working on the collection — launching on November 15 in Europe and select markets, followed by the US and Asia in early 2020 — for the past year. BoF 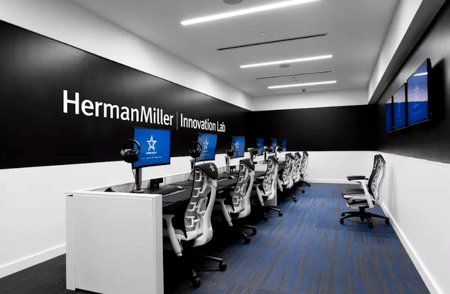 Herman Miller Is Getting Into Gaming

Herman Miller, the furniture company perhaps best-known for the iconic Eames Lounge Chair, is getting into gaming. Today the company announced a partnership with Complexity Gaming — an e-sports organization with teams in Dota 2, Call of Duty, and more — that will see the famed furniture design firm expand into competitive gaming. As part of the deal, Herman Miller will become Complexity’s “official seating partner,” and the company will also set up an e-sports-focused lab at Complexity’s Texas headquarters.  The Verge

Hiding ‘Likes’ Is Good for the Influencer Economy

The influencer industry expects Instagram to move forward with hiding ‘likes’ across the entire platform. Under the new policy, users would see the number of likes their posts receive, but these metrics would no longer be displayed publicly, much like views of articles on most media websites are known to the publisher but not the public. No decision has been confirmed, but earlier this year Instagram rattled its global userbase by selectively hiding likes in Canada, Australia, New Zealand, Japan, Ireland, Italy and Brazil. And, on Friday, Instagram CEO Adam Mosseri announced that the platform would begin testing the change in the US this week. BoF

It took cult fashion blog Man Repeller profiling Katie Sturino, founder of Megababe beauty products, for the body-positivity influencer to finally see that when it came to finding clothes that fit, her size was not the problem—the fashion industry was the problem. “I was reading the comments on it and women were saying how nice it was to see someone with their body shape represented,” said Sturino, who uses social media to encourage women to wear what they like and to call out fashion companies that offer a limited range of sizes. Fortune

Moose Knuckles Leans On Wholesale and Micro-Influencers As It Embarks On U.S. Expansion

Canadian outwear company Moose Knuckles is making its official retail debut in New York City, expecting word-of-mouth and existing wholesale partnerships to build a cult-like following in the U.S. Founded in 2007, Moose Knuckles has seen five consecutive years of 60-70% annual growth in sales. It’s projected to grow the revenue an additional 70% this year. CEO Ayal Twik said word-of-mouth has been a major factor in driving that continual growth in Canada and abroad, especially in Korea.  Glossy 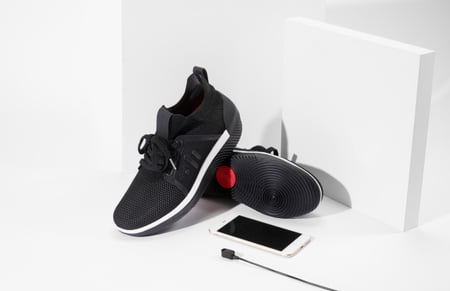 Former Beats by Dre chief executive officer Susan Paley today launches DropLabs, new technology that enhances the music listening experience through footwear. DropLabs converts audio input into vibrations via Bluetooth, replicating the sensations of the music listening experience in a car, club or concert. The technology was invented in 2008 by Brock Seiler, a musician, inventor and sound engineer who met Paley in 2015. Seiler got the idea for DropLabs when he listened to a live R&B funk band performance and stood in an area where he could feel the music through his whole body. Paley raised the capital for the technology, which launches today in its first iteration, the EP 01 sneakers.  WWD 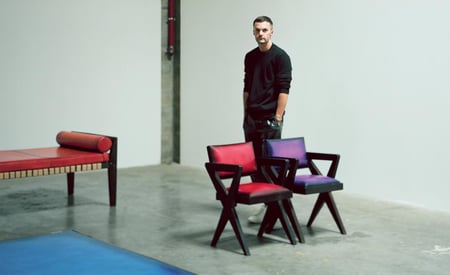 For this year’s Design Miami fair, Kris Van Assche, creative director of the luxury leather brand Berluti, and François Laffanour, founder of Paris’ Laffanour Galerie Downtown, have joined forces to present a collection of original Pierre Jeanneret furniture pieces, restored by Laffanour and upholstered with Berluti’s emblematic Venezia leather. The series consists of 17 pieces, all created by the Swiss architect in the 1950s to furnish the administrative buildings of Chandigarh’s Capitol Complex, the vast compound masterplanned by his cousin and long-term collaborator Le Corbusier.  Wallpaper Magazine

Apple plans to release its first augmented reality headset in 2022, followed by a smaller device — a pair of AR glasses — in 2023, according to a new report from The Information. Apple’s entry into the world of augmented reality has long been rumored, with many in the tech world seeing AR and VR as the next big platforms after mobile. But an exact entry date has been unclear, with some analysts suggesting a 2020 launch. Citing internal presentations made at Apple’s headquarters, The Information pushes this rumored timeline back to 2022, presumably due to difficulties in developing the technology. The Verge