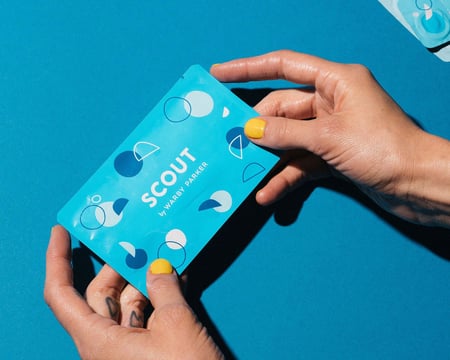 On Nov. 19 the company plans to unveil Scout, a line of daily contact lenses. It’s the first time Warby Parker Retail Inc., whose $95 tortoiseshell frames are ubiquitous in coworking spaces and third-wave coffee shops, has expanded beyond eyeglasses since Gilboa and co-Chief Executive Officer Neil Blumenthal started the company almost a decade ago. At $440 for a year’s supply, the lenses will be slightly cheaper than many daily contacts but will be sold with what Warby says will be a much improved ordering process.Gilboa’s speech was one of several events Warby held this fall to get its more than 2,000 employees appropriately excited for a product that seems impossible to get excited about. “This feels orders of magnitude larger than everything we’ve done, from the branding to it being an entirely new product category,” Gilboa says in an interview with Bloomberg Businessweek after the staff meeting. Bloomberg

In an effort to take the stress out of holiday shopping, The Skimm, a media company that helps Millennials live smarter, will open a pop-up boutique and e-commerce shop. The pop-up boutique, at 909 Broadway in New York, will be open Nov. 29 through Dec. 24. The e-commerce site goes live today at shop.theskimm.com. Dubbed the “Celebrate Smarter Shop,” both the pop-up and e-commerce shop will feature more than 150 fashion, fitness, accessory and home decor items. The pop-up builds off the company’s Skimm Picks affiliate business and its annual “Celebrate Smarter” holiday content series. WWD

LVMH and Tiffany & Co. entered talks after the French owner of Louis Vuitton boosted its offer for the U.S. jeweler in an effort to clinch the biggest acquisition ever in the luxury-goods industry, according to people familiar with the matter. The revised proposal is about $130 per share, said the people, who asked to not be identified because the matter isn’t public. No final decision has been made and the talks could fall through. LVMH is trying to bring Tiffany on board with an offer worth about $15.7 billion, up from the $120 a share, or about $14.5 billion, that it offered last month. Bloomberg 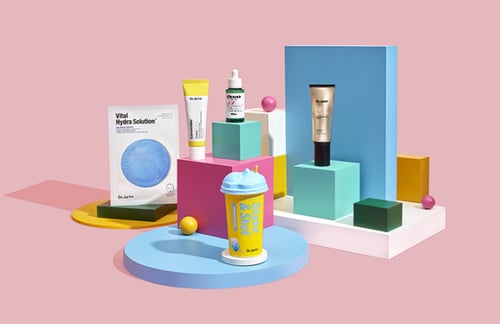 The Estée Lauder Cos. Inc. is building up in Asia with a deal to buy full control of Seoul-based Have & Be. Co., bringing the Dr. Jart+ and Do The Right Thing brands fully into the fold. Lauder is buying the two-thirds of the company it doesn’t already own for about $1.1 billion. That gives Have & Be an enterprise value of about $1.7 billion. The deal, which will be paid for with debt, is expected to close in December and was made pursuant to the agreement Lauder cut when it took a minority stake in the company in 2015. This is the beauty giant’s first acquisition of Asia-based beauty brands. And the deal brings Lauder a significant new business to build on.  WWD 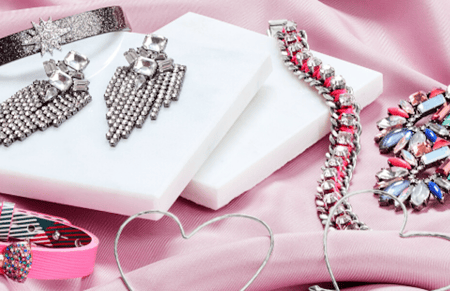 Digital native Stella & Dot is hitting the bricks with its first entry into physical retail, thanks to a deal inked with Nordstrom. The direct-to-consumer brand, which has been operating online or through ambassadors for a decade, will be fanning out to Nordstrom stores and its web site this week, the company revealed Monday. Merchandise from Stella & Dot and sister brand Keep Collective will be available in 26 regional Nordstrom locations, as well as Nordstrom online. The selection will include core accessories including charm bracelets, necklaces, earrings and rings, and will sit within Nordstrom’s jewelry department. WWD 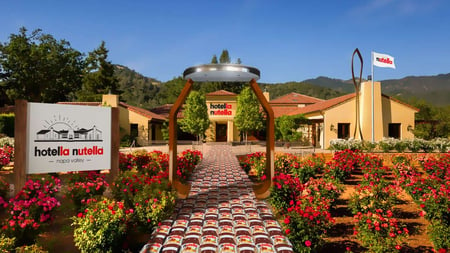 Hotella Nutella, a first-of-its-kind, weekend getaway experience dedicated to the beloved spread, is set to open January 2020. Inspired by Nutella®, The Original Hazelnut Spread®, the exclusive one weekend only pop-up will treat three Nutella super-fans and their guests to an unforgettable breakfast experience that showcases new and exciting ways to enjoy the hazelnut spread. Featuring larger-than-life jars of Nutella and breakfast decor, and hazelnut and cocoa spread-inspired hotel items, the ultimate weekend breakfast experience will allow winning fans to take their passion for Nutella to new heights. Following in the footsteps of the Nutella Cafes in New York and Chicago, Hotella Nutella will give Nutella-aficionados unexpected ways to celebrate their love for the hazelnut spread through immersive activities that highlight the best of the brand. Hospitality Net

TikTok is testing a new feature that could give the popular video-sharing app an entry into e-commerce and a new way to make money beyond advertising to its growing U.S. audience. The startup is conducting a test in the U.S. that allows some video creators to add links to the clips they share on the social-media platform. The feature is available to less than two dozen top creators. It isn’t limited to retail links, but some of those users have already started linking from their videos to products on Amazon.com Inc. WSJ

Rent the Runway and Nordstrom Have Big Plans to Reshape Retail

Rent the Runway, the decade-old clothing rental platform now valued at $1 billion, is expanding its partnership with heritage department store Nordstrom. The two companies tell Fast Company exclusively that they will be blending their capabilities along many dimensions, including creating new products together and incorporating Nordstrom inventory into the Rent the Runway system.  Fast Company 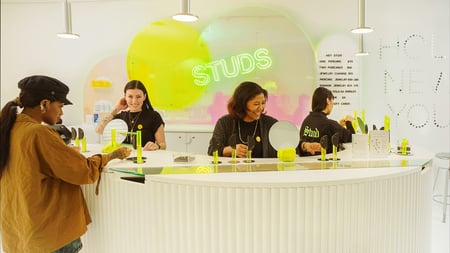 Introducing Studs: The Glossier of Piercing Studios (and a Far Cry From Claire’s)

Whether you are 16 or 36, getting your ears pierced is no treat. In most cases, the experience is a momentary pain tolerance test administered by a piercing gun–wielding mall employee or a needle-holding tattoo artist who is categorically unimpressed with you. The latter scenario is what happened to Anna Harman early last year. “The piercing was great,” she said. “It felt totally safe and clean, but I was personally out of place at the tattoo parlor I went to—and the jewelry was terrible and expensive.” This led her down a piercing-research rabbit hole, where she found a lack of health-driven, approachable, affordable, and stylish options. There seemed to be nothing in between the Claire’s of our youth and the too-cool-for-anyone tattoo parlors of New York and Los Angeles. Harman, who was working for Jetblack at the time as chief customer officer, decided to team up with her close friend Lisa Bubbers, former vice president of marketing for Homepolish, on a new concept called Studs. Vogue