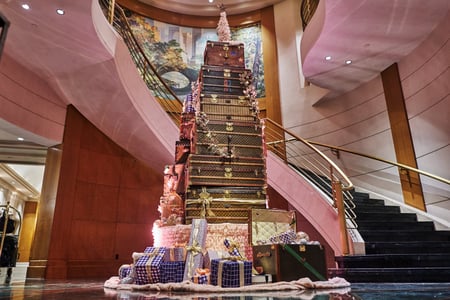 Stores Catch Holiday Tourists Before They Even Leave the Hotel

If you’re looking for merchandise from some of New York City’s top department stores this holiday season, you may find it in surprising places: the lobbies of major Manhattan hotels. Bloomingdale’s will be selling Baccarat crystal, French chocolates and more at the Loews Regency New York. For the second year, Nordstrom will have a pop-up presence at the JW Marriott Essex House New York on Central Park South, where it will offer men’s and women’s clothes. And for the third time, Macy’s is selling souvenirs, holiday ornaments and other merchandise in the lobby of the Grand Hyatt New York, near Grand Central Terminal. And then there are the more elaborate partnerships. F.A.O. Schwarz is collaborating with the nearby Conrad New York Midtown to create a high-end suite whose rate starts at $3,000 per night. Guests can play with and buy merchandise such as a dance-on piano and giant stuffed animals. New York Times 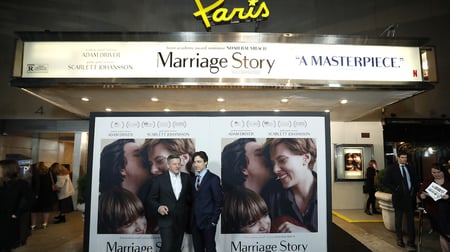 Netflix is setting its sights on Paris for a little while longer. On Monday, the streamer announced it had arranged a lease agreement for the iconic Paris Theatre in New York City. The streamer recently reopened the theater after it shuttered in August, using it for the premiere of Marriage Story, Noah Baumbach’s critically acclaimed drama starring Adam Driver and Scarlett Johansson. Now, the streamer will continue to keep the marquee lights on to make the Paris a home for future projects and events. “After 71 years, the Paris Theatre has an enduring legacy, and remains the destination for a one-of-a kind moviegoing experience,” said Ted Sarandos, Netflix’s chief content officer, in a statement. “We are incredibly proud to preserve this historic New York institution so it can continue to be a cinematic home for film lovers.” Vanity Fair 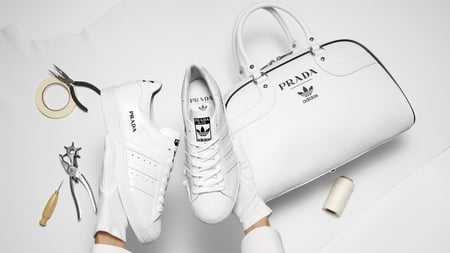 “A partnership to begin a partnership,” says the press release accompanying the much-anticipated photos of the first “duo” from Prada for Adidas, news of which arrived last week. In other words, Prada reminds us: This is just the beginning. It starts with a shoe, of course—a Prada-produced version of the iconic shell-toe Superstar. (The shoe has been part of the Adidas lexicon since 1969, but is perhaps best known as a part of the de facto uniform for Run-D.M.C. during the ’80s.) The collaboration also includes a Prada bowling bag for Adidas, which is a combination of Adidas’s signature gym bag and a celebrated Prada bag shape first introduced in the Spring 2000 “Sincere Chic” collection, which is considered one of the brand’s most influential. GQ

Consumer goods giants Unilever and Henkel and buyout funds including Advent and Cinven are exploring bids for some of Coty's top beauty brands in a deal worth up to $7 billion, three sources told Reuters.Colgate-Palmolive Co is also looking to enter the bidding race for Coty's portfolio which focuses on professional hair and nail care products including Wella, Clairol, GHD and OPI, the sources said, speaking on condition of anonymity. Coty, which has a market value of $9 billion and is majority-owned by German conglomerate JAB Holdings, is expected to kick off an auction process in December, according to the sources. The deal appeals to both industry behemoths and private equity funds for the turnaround potential of the brands whose sales have been on a downward trajectory in the last four quarters. BoF

Nearly two years after pivoting her shoe business to a direct-to-consumer model with the help of actual model and investor, Cindy Crawford, Sarah Flint is on a roll. In addition to having a direct relationship with customers, fewer markdowns and more control, her company is enjoying triple digit growth for the second year. She has also opened her first pop-up shop in New York’s SoHo. “I wanted to create an experience for my customers where they didn’t feel the pressure to shop,” she said at the forum, where she detailed her journey from department store to DTC brand. “We have board games, cookies and tea, a shoe-fie moment. People are encouraged to try on as many shoes as they can, we put together a basket for them with what they tried on, and a code to order online so we can track that those customers came from the store.” WWD

Forget resale. The latest tech-driven start-up allows fashion fans the possibility to revive items from past collections. Volvita, which will let people peruse a library of fashion brands’ previous and current collections, curate sharable playlists of favorite pieces and preorder garments that might be remade, is the brainchild of cofounders Christina Grammenos and Christian Drappi. The concept has a sustainable angle since producing an exact number of preordered garments leads to no overstock — overproduction being one of fashion’s dirtiest secrets. WWD

Net-a-Porter and Yoox have been dominating the luxury e-commerce space for nearly two decades, Business of Fashion recently released a detailed report that explains how the now Yoox Net-a-Porter Group (YNAP) is actually struggling to meet sales targets and hindering parent company Richemont‘s growth. YNAP has been going under a major technology overhaul that originally promised to double sales to approximately $4.4 billion USD in five years. The strategy was to create a single technology platform that YNAP’s subsidiaries, Yoox, Net-a-Porter, Mr Porter and The Outnet, would share, using artificial intelligence technology developed by IBM. Additionally, the company would build an office in London and a logistics warehouse in Landriano, Italy. Hypebeast

In a new tech initiative, U.K.-based Lush is rolling out an open-source point-of-sale system to help the company control more of its business. Currently set up in 110 Lush stores across Germany, the U.K. and Japan, the POS software has slowly been rolling out throughout 2019. Lush also debuted its own POS hardware in November that is currently being tested in two U.K. stores. Overall, bringing all POS tools in-house will improve the business, according to Adam Goswell, Lush’s technology research and development manager, because the former software was hard to keep up-to-date with the speed of Lush’s product launches. Glossy