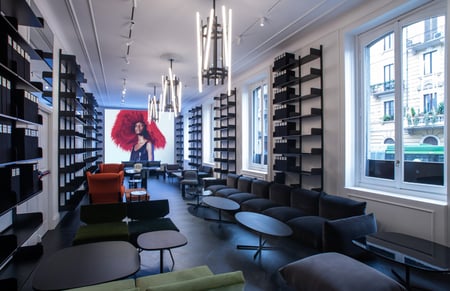 The media company today opens Frame, a 2,691-square-foot space located on the first floor of its headquarters on Piazzale Cadorna here. Defined by Condé Nast as an “experience store,” Frame includes a cafeteria — managed by Milan’s storied San Carlo pastry shop and open from Monday to Saturday from 7 a.m. to 10 p.m. — as well as a multifunctional event area and a shop, where visitors can buy limited edition pieces from both Condé Nast’s labels and other brands. WWD 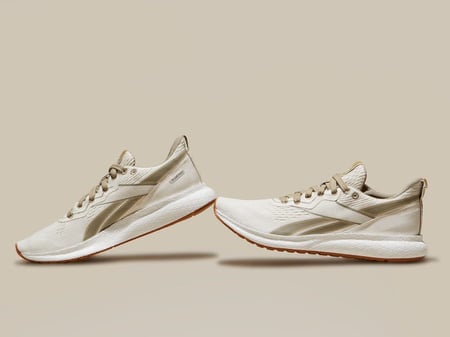 Reebok Will Sell A Vegan Running Shoe Made From Plants, Including Eucalyptus Tree And Algae

Ikea will employ logistics startup Optoro's technology to improve its returns management and reverse logistics processes, the retailer announced last week along with an investment in the company's latest funding round. The pilot will encompass 10 Ikea distribution centers, 50 retail stores and its customer support center in the U.S., with the potential to expand to other markets in the future. Retail Dive 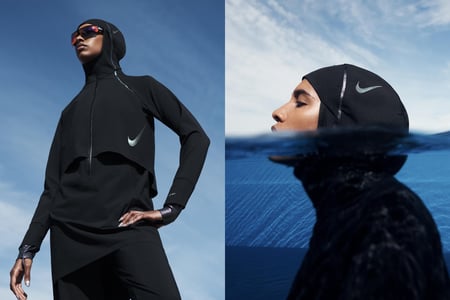 After officially introducing the Nike Pro Hijab in late 2017, the sportswear brand has just unveiled its Victory Swim Collection which features a range of full-coverage swimwear. The inclusive performance-driven range keeps diversity in mind and is comprised of four pieces — the Victory Swim Full-Coverage Swimsuit, Swim Hijab, Tunic Top and Swim Legging for women. Each piece has been fashioned from a lightweight and quick-drying warp-knit fabric and comes in either a blue or black colorway option. The Swimsuit and Tunic Top both have a built-in sports bra, while the Swim Leggings incorporate a streamlined construction that won’t slow wearers down. Finally the Hijab features an integrated mesh pocket to help keep hair in place. Additionally each piece offers a UPF 40+ rating for protection against the sun. Hypebeast 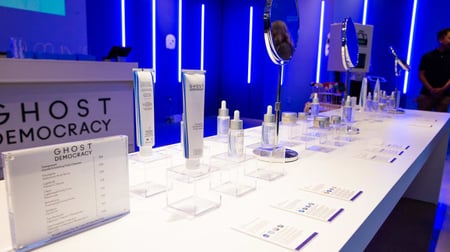 Verishop, a shopping website and brand incubator launched earlier this year by former Snap exec Imran Khan and his wife, has struck a deal with U.S. mall owner Unibail-Rodamco-Westfield to open 14 stores through next year. That will include a mix of pop-up shops and permanent locations, the companies said. Verishop’s first space, for its own skin-care brand Ghost Democracy, opened in October at Westfield Century City in Los Angeles. Other stores, which will be for a variety of Verishop’s in-house brands, are slated to move into Westfield World Trade Center, Garden State Plaza and San Francisco Centre, among other properties. Westfield’s malls tend to be highly trafficked and in urban metro areas. CNBC

Instagram debuted the first campaign to promote its in-app shopping features with a 60-second spot starring Celine Dion. The shoppable video shows the singer looking at the image-messaging app as she sings her hit "It's All Coming Back to Me Now" amid a curated selection of clothing items and accessories that users can buy through Instagram, according to a company blog post. Marc Jacobs, Michael Kors, Adidas and Oscar de la Renta are among the 18 brands featured in the video, which aims to capture the 1990s nostalgia that has been a popular theme on Instagram this year. When posted by the brands with shoppable posts enabled, the video has a shopping bag icon on the lower left that opens a list of the products users can buy directly through Instagram when tapped. Retail Dive

Mercari Rolls Out ‘Authenticate’ to Compete With The RealReal, ThredUp

Mercari is still a relatively small player in the U.S. resale market at over 2.5 million monthly active users, but it’s still after the loot that is luxury handbags, launching its “Authenticate” service today. Instead of opting for in-house authenticators like luxury handbag reseller Rebag, which launched its “Clair” pricing appraisal tool this fall, or The RealReal, which came under fire after a CNBC investigation on the company’s, since restated, “no fakes” pledge, Mercari’s U.S. chief executive officer, John Lagerling, finds that it wanted to go the third-party route. WWD

Postmates is tired of being the middle child, and it thinks partnerships with retailers may be its ticket to success. Earlier this week, the delivery courier app announced a partnership with Old Navy for the holidays. Now, customers can choose on option when they buy online that will dispatch a Postmates courier to be delivered within a day. While this option is now available through January, reports say that the two companies are considering extending it. Such a service isn’t new for Postmates; the app has long offered the ability to have anything delivered, so long as the customer paid the fee. But the exclusive partnership shows Postmates trying to differentiate itself from the competition in a new way, asking customers to think of its service as something more than just quick food delivery. Modern Retail

Saks Fifth Avenue owner Hudson’s Bay Co. reported another weak sales quarter, giving Chairman Richard Baker ammunition for his contested bid to take the retailer private as shareholders prepare to vote next week. Comparable third-quarter sales, a closely watched metric for the industry, fell 1.7 percent. At Saks, which had been the group’s bright star in recent quarters, sales fell 2.3 percent, the first decline in at least eight quarters. Gross margins dropped 120 basis points. Hudson’s Bay’s lingering malaise despite multiple asset sales, store closures and turnaround efforts plays into Baker’s argument that management will be better off outside the glare of markets as the industry struggles to lure online-savvy consumers to brick-and-mortar stores. BoF