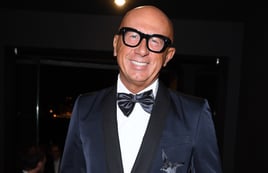 Marco Bizzarri Discusses Blackface Controversy at Parsons
The Gucci ceo was in New York Wednesday evening for the Marvin Traub Lecture. “Learning for me means discussing. It’s not pointing the finger and saying ‘You are wrong. I’m going to go against you.’ This is not the world I want to live in,” he continued. “This is populism. I want to talk to people who are able to teach me how to be a better person and how to improve my company. For me, that’s absolutely key and to do so we need to listen. We need to learn. We need to be exposed to different cultures. WWD

(TRAUB note: Thank you for Marco Bizzarri and Tim Blanks for a terrific Marvin Traub lecture. We enjoyed the open and honest discussion about social justice and fashion and beyond.)

Green Growth Brands, a cannabis goods maker and retailer that is publicly traded in Canada, announced the opening of its first Seventh Sense CBD Shop at the Fayette Mall in Lexington, Kentucky, (now owned by CBL & Associates Properties), the first location of hundreds planned nationwide. GGB also announced that it will run 108 shops in U.S. malls owned and operated by the Simon Property Group. Through that move, GGB will expand its chain of CBD-infused personal care shops under its Seventh Sense brand and other GGB brands. Retail Dive 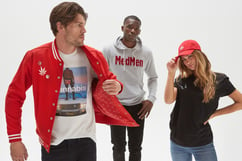 The $2.2 billion cannabis retailer — with operations across the U.S. and flagship stores in Los Angeles, Las Vegas and New York — is launching its first clothing collection with eight pieces, $15 to $129, including a varsity jacket with custom pot leaf-print silk lining, a fleece hoodie, graphic T-shirts and a dad hat, plus a yoga mat, pins and key chains, all incorporating the signature red MedMen logo that is becoming its own in-the-know status symbol. WWD

(TRAUB note: And speaking of weed...) 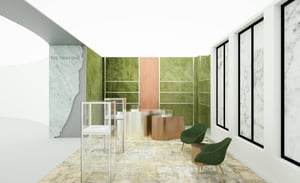 In a move to court chillaxed influencers (and their Instagram feeds), the luxury department store chain is taking an unlikely, or perhaps inevitable, detour into cannabis, with its own head shop called the High End. This store-within-a-store is scheduled to open at the Barneys store in Beverly Hills in March, with other locations in California to follow. The company may also open the head shop in other states, including New York if recreational cannabis becomes legal there. NY Times

Schönberger called the 1,500-square-foot space a “white cube” for experiments, with a perpetually changing, sharply edited selection rather than a conventional store. The debut display features a collection of heritage pieces like suitcases and tambourine bags in classic cognac leather with the brand’s signature Visetos monogram, set against a minimalist backdrop that alludes to the former car workshop and artist’s studio, and fitted out with a custom-made light installation by German-Canadian design studio Bocci. WWD

Think of innovation and the cultural movements that made it the bright, shiny object of attention and compare it to the seclusion of a task force. The difference is one reason Neiman Marcus and other companies in search of a more pervasive approach to innovation are moving away from isolated labs. Companies want their technology investments to publicly signal how innovative they are. Businesses and CIOs understand the role disruption plays in competition, but they also have seen innovation unintentionally take a backseat to keeping the lights on. Retail Dive

This startup is Trader Joe’s meets Costco, with a splash of Brandless

What if you could Frankenstein together the low prices and variety of a Costco, the health consciousness of Whole Foods, with the quality and design of an Everlane? Direct-to-consumer startup Public Goods does that by offering low prices for premium products by way of a $59 yearly membership. The Brooklyn company, which originally launched in 2015 as Morgans, was a hit with its line of clean personal care products; it then expanded to household goods free of harmful ingredients. And now, it has a new healthy food category. Fast Company

The Skinny on Skin: The Company Expands Into Lifestyle Brand

Victoria’s Secret is partnering with a French luxury label to sell high-end lingerie as its new leader looks to expand beyond discounted bras and underwear. The struggling retailer will begin offering a line from LIVY at its flagship stores in London and New York next week, as well as on its website. The partnership is the first indication of the strategy being taken by John Mehas, who was named chief executive of Victoria’s Secret Lingerie in November. A former president of fashion label Tory Burch, he succeeded Jan Singer, who left after just two years in the role. Business of Fashion

Unibail-Rodamco-Westfield plans to shed an additional 4 billion euros of real estate in the coming years as the mall giant bets on a streamlined collection of top shopping centers, in step with the global retail industry’s focus on fewer, more select stores. Up for disposal are offices and retail assets in Europe and, in the U.S., regional malls that are not part of the so-called flagship category, said Jaap Tonckens, chief financial officer. The executive noted a lack of financing for potential buyers of malls with less than $500 a square foot in sales. WWD