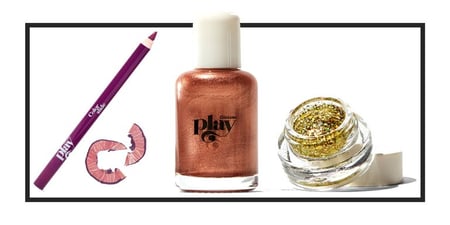 This time last year, anticipation of Glossier Play was peaking. Glossier – a brand known for its 'no make-up' make-up essentials – had revealed a sub-range of statement colour cosmetics enabling experimentation. Yet somehow, the reveal didn't live up to the hype. Sustainability concerns were raised over the elaborate packaging, featuring functionless foil wrappers inside the cardboard boxed Colorslide eyeliners, and the inclusion of non-biodegradable glitter in the Glitter Gelées. Fans also questioned the messaging of the new make-up; was this for the Glossier customer, or someone else? If the former, then why did it need to stand alone? The brand's founder, Emily Weiss admitted to Business of Fashion that launching a sub-brand was, in hindsight, unnecessary: “the realisation we had was, ‘Huh, we could have just launched more make-up products’.” Harpers Bazaar 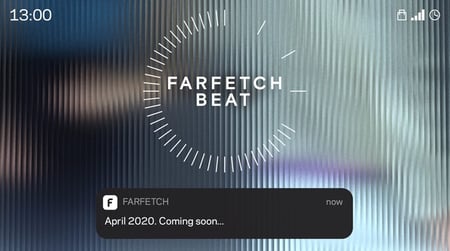 Starting in April, Farfetch is adding another prong to its approach. The e-retailer will create its own storefront of sorts in a new strategy called “Beat,” offering a selection of limited-edition items available on Farfetch’s app, with new collections arriving weekly. Most of these collections will be exclusive to Farfetch. The products will be developed by a group of recently acquired Farfetch talent, including Opening Ceremony’s Humberto Leon and Carol Lim, Stadium Goods’ co-founder John McPheters and New Guards Group Chief Marketing Officer Cristiano Fagnani. Ida Petersson, the buying director at Browns, will also contribute, and the whole initiative is overseen by Holli Rogers, Farfetch’s chief brand officer, who is six months into her role. BoF

Hermes Beauty Is Coming Soon, With The $67 Birkin Bag Of Lipsticks

It’s official: Hermès is less than one month from launching its very first beauty line. The Hermès Beaute collection marks the first big change in the fashion house’s 183-year history and the arrival of the brand’s most attainable purchase – a $67 lipstick. The first collection, named Rouge Hermès, will actually be made up of nothing but lipsticks. Twenty-four of them, in fact. Some in a matte finish and some in satin. To keep the lipstick line on-brand, Hermès not only raided its archives for package inspiration, but chose each shade of lipstick from over 900 heritage leather shades and 75,000 silk swatches. Forbes

Sephora is not moving forward with its Sephora Studio concept, a store format with a smaller assortment that focused more on services than its traditional locations, an executive at the company told Retail Dive. There are currently five Sephora Studios open, and those will remain open, Jeff Gaul, Sephora's senior vice president of store development, said in an interview. Instead, the small format concept announced in conjunction with its North American expansion is now the go-forward design, and the company will not open any new Sephora Studios. Retail Dive 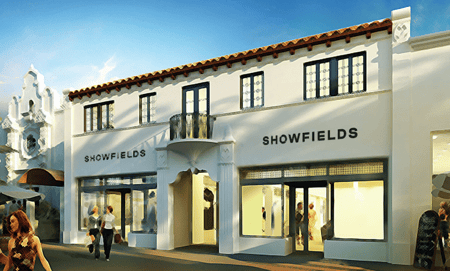 Showfields, the retail concept that opened in New York just over a year ago, got 250,000 visitors between March and December 2019. The average trip of a customer is 33 minutes long, That’s good enough for the company, which is now heading south to Miami, opening its second location this May. “The reason we’re expanding is because our New York store has been so successful,” she said, noting that renting the coffee shop and event space, along with hosting sponsored pop ups, is something the company will double down on in 2020, with about 300 events planned for this year. Modern Retail

Amazon CEO Jeff Bezos, the world's wealthiest person, said Monday he was committing $10 billion to combat climate change through a global initiative. Bezos announced the initiative, called the Bezos Earth Fund, in a post Monday afternoon on Instagram. The fund will support scientists, activists, nongovernmental organizations and "any effort that offers a real possibility to help preserve and protect the natural world," he said. MSN

Amazon continues to explore ways to win over fashion shoppers, and that includes looking to Shopbop to be its link to big-name brands. Amazon acquired Shopbop in 2006. Since then, the companies have largely operated independently of one another, according to the company’s president, Shira Suveyke. In a previous interview with Glossy, Suveyke said while they do remain independent, Amazon provides access to fulfillment and Prime shipping for existing Prime customers (including free two-day shipping, free returns and discounts on next-day shipping). Over time though, more brands that have partnered with the online retailer are also popping up on Amazon, whether they choose to be there or not. This strategy is no doubt aimed at helping Amazon build credibility in the fashion and apparel space, and convincing more high-end brands to sell through the platform. Glossy