Here's TRAUB's roundup of recent retail news. Amazon and Heidi Klum to merge retail and entertainment in the 'Making the Cut' show, Zalando takes on Richemont in a bid to enter online luxury, MM.Lafleur to dress women running for office for free, and more.

A new report by Altagamma, BCG and Bernstein predicts that even the most nimble brands could be staring down the barrel of a €10 billion decline in luxury sales this year (around $10.8 billion at current exchange rates). The industry could lose €30-40 billion in sales this year as the sector’s value drops to €309 billion (around $335 billion), a five-year low. Meanwhile, challenging trading conditions could persist until next year as Chinese consumers — who since 2012 have driven 70 percent of global growth in the luxury segment — stay at home, and a slowdown is mirrored in major luxury markets like Japan. BoF 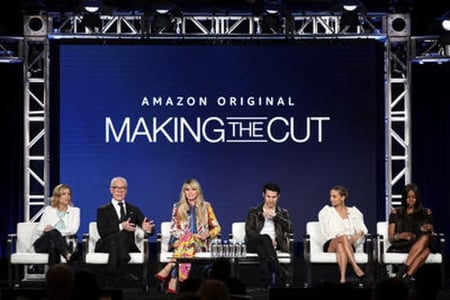 Supermodel Heidi Klum hosted fashion reality show “Project Runway” for 16 seasons, but one element was missing: many of the beautiful clothing designs that went down the catwalk could not be immediately bought by the audiences that cheered for them. So as Klum launches a new fashion-based reality show, “Making the Cut,” next month with Tim Gunn, she’s aligning with a global streaming service that is also one of the world’s largest online retail platforms: Amazon. “For the first time, finally, our audience can shop,” Klum said last month at a Television Critics Assn. panel in Pasadena. “You see something, you want it, but you can’t have it. So here, you have a winning look every week and people can buy it around the world.” The partnership between Amazon and Klum illustrates how the Seattle global giant can intertwine its two most notable divisions — retail and entertainment — and potentially produce new lucrative revenue streams. LA Times

Zalando Takes on Richemont in Bid to Enter Online Luxury

Zalando SE, Europe’s largest online fashion retailer, will add more premium brands in a move that will position it head-to-head with Richemont’s e-commerce business Yoox Net-a-Porter. Zalando plans to double its premium and luxury assortment by the end of 2023 to gain a bigger share in the 38 billion-euro ($41.5 billion) market for high-end fashion, the company said Thursday. Zalando has started out by adding Moschino Couture and Alberta Ferretti. Millennials have been accelerating a trend of increased purchases of luxury goods online as they grow more comfortable having higher-priced items delivered instead of setting foot in brick-and-mortar boutiques. That has prompted Richemont, the maker of Cartier jewelry and Vacheron Constantin timepieces, to bolster e-commerce through acquisitions and a partnership with China’s Alibaba. Bloomberg 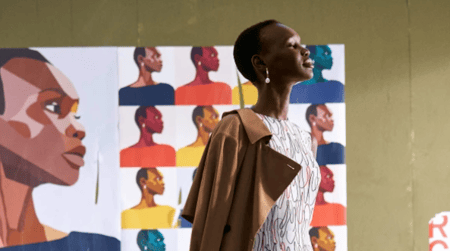 MM.Lafleur Will Dress Women Running for Office, for Free

Women’s workwear brand MM.Lafleur has heard the cries of female political candidates, and it is here to help. The company has just launched a program called Ready to Run that will offer complimentary clothing loans to women running for public office on the federal, state, or local level. Female candidates simply need to apply on the brand’s website, and once their credentials have been approved, they’ll get three items of clothing. (The brand’s dresses run between $200 and $300, and blazers cost between $300 and $350.) Since women running for office face a wide array of rules about what gifts they are allowed to receive, it was better for MM.Lafleur to rent these outfits to candidates rather than give them away. After the election, the items of clothing will be donated to Bottomless Closet, a nonprofit that helps disadvantaged women in New York City looking for work. Fast Company

Giorgio Armani said late Saturday evening that his signature brand’s women’s fall show will be held behind closed doors, “given the recent developments of the coronavirus in Italy.” “The show will be filmed in an empty theater, without press and buyers” and will be visible on Armani.com, the brand’s Instagram and Facebook accounts at 4 p.m. CET, the company said in a brief note. The designer was meant to hold two shows, at 4 p.m. and 5 p.m. CET, in his Via Bergognone headquarters, closing Milan Fashion Week, which kicked off on Feb. 19. “The decision was made to avoid exposing guests to any dangers to their health,” said the company. Armani held his Emporio Armani fall show on Friday. WWD 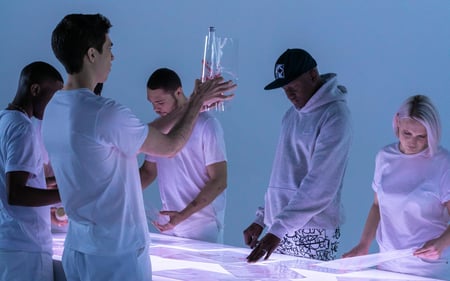 Virgil Abloh and Evian raise a glass to the next generation, announcing €50,000 grant for sustainable design initiatives, open to 18–35 year olds. We hope to inspire curious minds and support young people who want to enact change for a more sustainable future,’ says Shweta Harit, Evian’s global vice president of marketing. ‘The launch of the sustainability-focused contest is to prompt the youth of today to consider purpose-led sustainable innovation. We invite anyone to apply that hopes to activate change through sustainable design thinking.’ Wallpaper Magazine

Panera is launching the ultimate bottomless cup with an $8.99/month subscription for unlimited coffee and tea. The deal: Subscribers can get one cup of hot drip coffee, hot tea or iced coffee every two hours, unlimited. Light roast, dark roast, hazelnut, iced or decaf coffee, as well as tea, are available—ordered through the app, online or in-store. Sign up here now, or at in-store kiosks starting on March 2nd. Fast Company