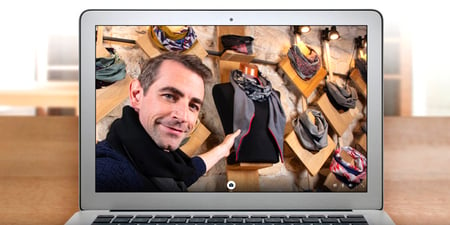 Amazon Rolls Out Virtual Vacation Tours That Include Shopping

Amazon has introduced Amazon Explore, which allows consumers to virtually take classes, tour exotic places and (surprise, surprise) shop at exotic locales. Consumers can book one-on-one live-streamed sessions with local tour guides, instructors and personal shoppers. Most sessions last from 30 to 60 minutes. Prices range from as low as $10 for some shopping sessions to as high as $210. The sessions are interactive and customizable. Users can ask questions of the host or even a shop owner. Participants can direct the host to spend more time on one part of a tour or lesson and skip another, and take screenshots throughout the experience. Retail Wire 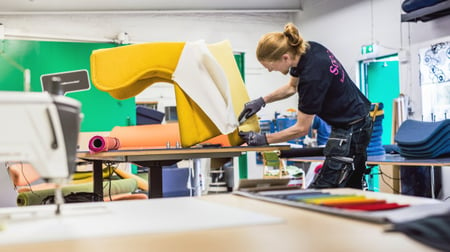 Ikea, the Swedish retailer known for its meatballs and affordable furniture, is taking a different approach to outfitting interiors with a new concept store.The company will open its first secondhand store later this year in Sweden’s ReTuna mall, a retail complex completely made up of resale stores. The move was first reported by The Local. The new store will sell previously owned furniture and home goods that have been refurbished for purchase. Fast Company

Afterpay has announced a partnership with sustainable and ethical fashion directory Good On You, a pioneering ratings platform which connects conscious shoppers to better brands through empowering consumers to know their impact

Solidifying Afterpay’s commitment to encourage sustainable shopping, the new partnership will enable 50 Afterpay merchants rated every month on Good On You.More than ever, Australians are seeking information on brands’ sustainability and ethical practices, and in turn are becoming more conscious about those they support and purchase from.In particular, Gen Z care about sustainability and are concerned about a brand’s transparency, and they want to see the brands they follow embrace these same beliefs, as revealed in the Afterpay Gen Z Global Report: Financial Feels. B&T Magazine

Macy’s Inc. has invested in Klarna and will offer the payments and shopping service to its online customers through a five-year partnership. Klarna offers consumers payment options, including paying after delivery; paying in four equal, interest-free installments, and direct payments. Klarna is already backed by Sequoia Capital, Bestseller, Permira, Visa and Atomico. Macy’s did not disclose the size of its Klarna investment, but the retailer is not one of the major investors.“With a strong focus on digital agility and innovation, Macy’s continually seeks strategic partnerships that enable us to provide our customers with the best possible shopping experience,” said Matt Baer, chief digital officer of Macy’s Inc. “We’re excited to embark on a long-term relationship with Klarna that will help us reach wider audiences looking for seamless alternative payment solutions that provide them with financial control and convenience.” He said future potential deals could entail either an investment or integrating the service or both. WWD

US Bankruptcy Judge David Jones is urging a group of J.C. Penney Co. creditors including Aurelius Capital Management to submit a competing bid to buy the ailing retailer. “I want to see what your folks can do,” Jones said in a telephonic court hearing Wednesday. “I want to see it sooner rather than later.” The push comes as J.C. Penney, its biggest landlords and holders of most of its senior debt work to execute a bid that would rescue the company by October 16. The deal — which would see Simon Property Group Inc. and Brookfield Property Partners buy the retailer’s operations and keep stores open — was announced nearly a month ago but no definitive agreements have been signed. BoF

Billionaire Bernard Arnault made global headlines last month for his attempt to extricate his luxury empire LVMH from a $16 billion deal to buy US jeweller Tiffany & Co., a smaller transaction by Europe’s wealthiest man back home in France went largely unnoticed. Arnault’s investment group acquired a more than 5 percent stake in Lagardere SCA, once a sprawling conglomerate covering everything from cars and planes to space that’s now focused on media, publishing and retail outlets at airports and train stations. The purchase is a precursor to Arnault’s group playing a greater role in those activities, people familiar with discussions at the two companies said. Why would Arnault, known as France’s most successful investment banker after he shrewdly acquired an armada of luxury brands — from Dior and Fendi to Louis Vuitton, Hennessy Cognac and Dom Perignon Champagne — want a piece of a struggling group like Lagardere? BoF 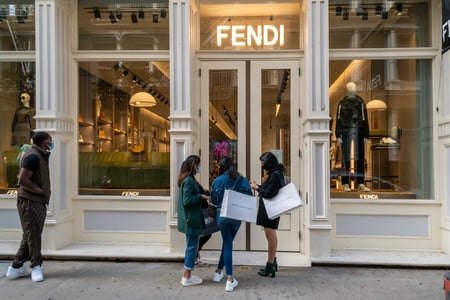 One of New York City’s most expensive neighborhoods could be transformed under a new development plan that aims to increase the supply of housing as well as ease restrictions on retail storefronts. Mayor Bill de Blasio is proposing to change the local zoning rules for Soho, the Manhattan neighborhood once known as an artists’ haven that has become a luxury-shopping destination. His administration has made other similar neighborhood-rezoning efforts, though some have faced legal challenges over concerns of gentrification. WSJ

As we head into the 2020 Holiday Season, retailers are looking for ways to bring the excitement back to shopping and deliver merchandise to shoppers and gift recipients in a timely way. Coresight Research is bringing a new shopping holiday, the 10.10 Shopping Festival, to the American consumer market., in partnership with Shopkick, a leading shopping rewards app, and Fashwire, an AI-driven B2B and B2C global fashion marketplace. The festival will run from October 9 to 12 including October 10th, or 10.10, the event’s namesake day. Business Wire