US denim label Levi’s has opened a new concept store in Soho London with a focus on sustainability and circularity. The brand said the two-floor store will act as a “new blueprint for an in-store consumer experience”, and features a made-to-measure Lot No.1 bespoke denim service; Levi’s Vintage Clothing, a premium line creating new interpretations of archival pieces; and Levi’s Tailor Shop, the brand’s customisation and repair service. The label is also introducing Levi’s by Levi’s, a new product solution made from entirely repaired, reimagined and recycled products from the brand, which will be exclusively available at the new store. Fashion United

Garment-to-garment recycling system, Looop, is opening in H&M’s Drottninggatan store in Stockholm on 12 October. Looop uses a technique that dissembles and assembles old garments into new ones. It works by cleaning the garments and shredding them into fibres, then spinning that into new yarn which is then knitted into new fashion items. Loop is enabled by the non-profit H&M foundation with The Hong Kong Research Institute of Textiles and Apparel (HKRITA), its research partner. Fashion United

Target will carry an exclusive, 70-piece toy collection from FAO Schwarz, the company announced on Thursday. FAO Schwarz will also offer more than 300 Target items from the retailer's exclusive brands such as Cat & Jack and Pillowfort, per the company statement.The collection will be available at Target stores across the country and online as well as at the FAO Schwarz store in New York City, the company said. Target highlighted that "many" toys in the collection are under $20.Target is also offering 19 exclusive toys from the likes of Disney and Lego, the retailer said, and will donate up to $1 million based on top toys purchased as part of its partnership with Toys for Tots. Retail Dive

Amazon Prime Day Tops $3.5 Billion
The sixth annual Amazon Prime Day surpassed $3.5 billion in sales from third party sellers, marking an increase of more than 60 percent from last year’s event, the web behemoth disclosed Thursday. The two-day event, held in 19 countries, was rescheduled from July to Oct. 13 to 14 due to the pandemic. Amazon does not share the total sales figure for Prime Day, just the combined volume of third party sellers, which are primarily small or mid-sized brands and retailers.The timing shift was a major factor in the sales surge, enabling retailers and brands on Amazon to have more products ready for sale after experiencing COVID-19-related delays in shipments earlier this year. WWD 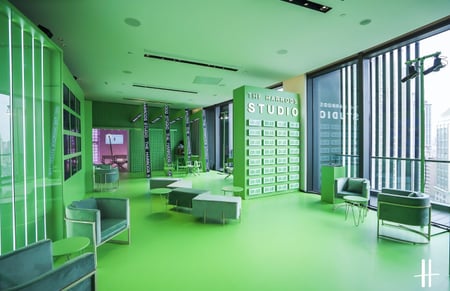 A four-week-long double quarantine proved to be no obstacle for Harrods managing director Michael Ward and a team from the Knightsbridge institution.A group from the retailer’s London headquarters completed a 14-day hotel quarantine — with another 14-day isolation period waiting upon their return to the U.K. to kick off the Harrods Studio, a three-day activation during Shanghai Fashion Week, and to prepare the Harrods Residence, a private, personal-shopper-only venue opening here in December. The Residence is a new format from Harrods on top of the recently opened outlet in London’s Westfield and H-Beauty, and a concept that the company hopes to roll out in other Chinese cities. WWD

The North Face to Create Council to Enhance Outdoors Exploration

The North Face is doing its part to try to even the playing field for communities of color, which are three times more likely to live in nature-deprived locations and often face racism when they do venture out.In response, the brand has committed $7 million toward a new global initiative, “Reset Normal,” which is intended to encourage people to reset their lives through exploration of the outdoors. It has partnered with Emmy Award-winning screenwriter, producer and actor Lena Waithe as well as sponsored athlete, climber and Academy Award-winning director Jimmy Chin to launch a fellowship program — the Explore Fund Council. The council will bring together experts across culture, entertainment, academia and the outdoors to develop ideas and potential solutions to help support access to exploration — in whatever form that takes. A full council is expected to be in place by spring 2021. WWD