Here's TRAUB's roundup of recent retail news. LVMH to buy Tiffany for $15.8B shaving $400M off the price, Callaway hopes to create 'Peleton for golf' with $2B acquisition of Topgolf, Netflix is testing an audio-only feature similar to podcasts, and more. 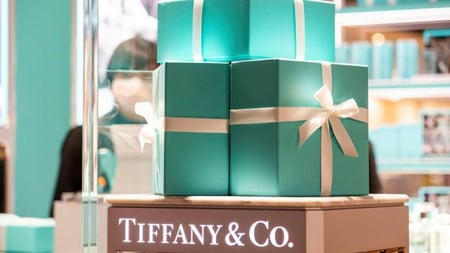 LVMH Moët Hennessy Louis Vuitton and Tiffany & Co. on Thursday announced in a joint press release that they've agreed that LVMH will purchase the American jeweler for $131.5 per share in cash. The $15.8 billion price tag is $400 million less than the $135 per share in cash or $16.2 billion that the companies had agreed to late last year. The companies said they've settled their pending litigation, dueling lawsuits in the Delaware Chancery Court, initiated by Tiffany in September when the Parisian conglomerate sought to back out of their deal. They also said they have "all required regulatory approvals" for the deal, which aside from the lower price remains unchanged and is expected to close early next year. Retail Dive

The market for health and fitness applications was already growing before the Coronavirus pandemic but lockdown and social distancing measures across the world have provided added stimulus.The closure of gyms and restrictions on sports had led to increased demand for such services in the first few weeks of lockdown. Peloton is trying to make an entire business out of it, while Apple is also getting in on the act. Bespoke Virtual Reality (VR) products have gained traction at elite soccer clubs.Golf equipment giant Callaway believes there is an opportunity for connected sports applications to be more about fitness. It believes the $2 billion acquisition of Topgolf will allow it to create a global golf and entertainment business that could become the ‘Peloton for Golf’, serving both keen amateur golfers and those looking for a bit of fun. Forbes

Estée Lauder for the first time is letting Spotify listeners verbally request a sample of its new beauty serum. People who listen to Spotify's free, ad-supported service on a Google Home device will be given a chance to request a sample of Estée Lauder's Advanced Night Repair serum, per an announcement shared with sister publication Mobile Marketer. The product giveaway is part of a broader audio experience on the streaming platform that includes a customized playlist to accompany nighttime skincare rituals. Users also can create personalized "New Beginnings" playlists based on their Spotify streaming history at a customized microsite. Each playlist features low-tempo sounds to help listeners unwind at bedtime. Each week, Estée Lauder and Spotify will refresh the playlist to add short audio annotations between tracks to explain the importance of a nightly skincare routine. Estée Lauder is working with Send Me a Sample on the product sample offer, per its announcement. Retail Dive

Netflix is testing a new audio-only feature for streaming video that would turn its shows into podcasts.A version of Netflix’s Android app includes software code that suggests the company is testing letting users listen to videos instead of watching them, according to an analysis by tech publication XDA Developers. Forbes

Postmates is now rolling out what could be the biggest update to the company’s service in a long time — adding a retail option for users to shop local stores and for local merchants to set up a virtual on-demand storefront in the app. Starting in Los Angeles — and building on yesterday’s test run pop-up shop with the Los Angeles Rams — Postmates users will be able to shop local merchants listed in the company’s new retail tab in the Postmates app called, appropriately, “Shop.” TechCrunch

Chewy is launching a telehealth service that connects pet owners to a licensed veterinarian. Chewy CEO Sumit Singh said the company had already started to think about a pet telehealth service, but the pandemic led to greater need for it.The service is free for customers who are part of the company’s Autoship program, which automatically ships deliveries of food or other pet goods.  CNBC

With Gyms Just Reopening, Equinox Is Taking a Big Bet on E-commerce

Last week, Equinox made its first big foray into e-commerce with The Shop, curated and launched by the company’s vp of retail Annie Walters. The e-commerce shop brings together more than 80 brands across apparel, wellness and skin care, as well as Equinox’s own branded products. For the fitness company, it’s a big commitment to retail, which has not normally made up a significant part of the business, according to Walters. Walters declined to elaborate, but said that in the past, membership dues have typically made up more than half of the revenue generated from each Equinox member. But at a time when gyms are only just starting to reopen (all of Equinox’s locations are reopened except for Southern California and Toronto) and attendance is down, having a growing retail presence boosted by e-commerce is a helpful additional revenue stream.The store carries a number of brands like Rhone and Babor, though Walters said that the Equinox-branded products featuring Equinox logos, particularly face masks, have been outselling anything else on the platform so far. Every brand participating in The Shop was a brand Equinox already sold in-store, and Walters said Equinox is looking to add new brands soon. Glossy