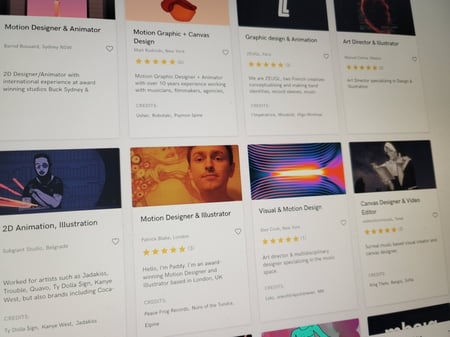 Spotify today announced that it has leveraged last year’s SoundBetter acquisition to create a marketplace for artists who make short, looping visuals for Canvas. The feature, which began rolling out widely last year, is an attempt to leverage technology, in order to make a more engaging alternative to the standard album art.As Sarah pointed out, early reactions to the feature were mixed, though Spotify points to some new numbers around user engagement with the feature. Offering up a marketplace is part of a push to broaden adoption of the technology, by offering access to some top names who have created visuals for high profile artists, ranging from Kanye to Billie Eillish. Spotify will also be rolling out Canvas access to more artists across the globe as part of this push. TechCrunch

Pinterest has formed a partnership with the London-based magazine and digital platform for young fashion creatives, to help this year’s graduates network, showcase and sell their work. The platform, named “Designers to Hire,” will utilise Pinterest’s new native publishing tool Story Pins (it take on the format popularised by Snapchat, riffed on by Instagram and more recently, Twitter) to amplify profiles and portfolios from graduates around the world, connecting them with employers, stylists and buyers. Designers will have the opportunity to commercialise their work through shoppable Product Pins. “The main part of the project is not to celebrate, showcase or support by exposure. We wanted to put the work in a context of employability,” said Olya Kuryshchuk, 1 Granary’s founder and editor-in-chief. BoF 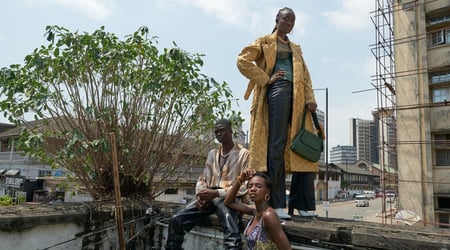 Farfetch Partners With The Folklore To Showcase African Talent

The luxury e-commerce platform has teamed up with a curated online fashion store that sells African labels to introduce 10 new designers from across Africa and the diaspora to its roster of brands. The aim of the partnership is to increase the number of Black-owned fashion labels available to buy on Farfetch. The Folklore was founded in 2018 as a multi-brand e-tailer and wholesale showroom, distributing exclusive pieces from African labels. The company is based in New York City, but much of the fashion and homeware sold on the site is made by locals across South Africa, Nigeria, Ghana, Morocco and Cote D’Ivoire. Thanks to the new partnership, labels like Orange Culture, Tokyo James, William Okpo, EDAS and Third Crown are now available to buy on Farfetch. The Folklore will add new brands to the luxury e-tailer’s platform each season, alongside commissioned photo content and fashion films from African designers. BoF

Wave, the virtual concert platform that’s already produced events for John Legend and The Weeknd, has inked a deal to bring its virtual concerts to China through a partnership with Tencent Music Entertainment Group. The deal includes Tencent taking a minority stake in the music service, the companies said in a statement. Under the partnership, TME will be able to air Wave experiences in China across all of its platforms, including QQ Music, Kugou Music, Kuwo Music and WeSing. TechCrunch

Amazon Jumps into the Pharmacy Business With Online Prescription Fulfillment

Amazon is entering the pharmacy business with a new offering called Amazon Pharmacy, allowing customers in the United States to order prescription medications for home delivery, including free delivery for Amazon Prime members.Amazon has been quietly building out its pharmacy offering for several years after ramping up internal discussions in 2017 and acquiring PillPack in 2018. The pharmacy space is notoriously complex and competitive in the U.S., and Amazon Pharmacy is built in part on PillPack’s infrastructure, including its pharmacy software, fulfillment centers and relationships with health plans.Amazon Pharmacy, announced Tuesday, is the company’s biggest push yet into $300 billion market, and threatens the dominance of traditional pharmacies like CVS and Walgreens, as well as other large retailers that offer pharmacy services, including Walmart. CNBC