Walmart and TikTok are partnering up to host the social media platform’s first-ever shoppable live-stream event.On Friday, December 18, at 8 p.m., the hour-long Holiday Shop-Along Spectacular will begin on TikTok, during which creators will feature fashion items sold at Walmart—whether including them in a closet tour or strutting them down a makeshift runway. Users will be able to purchase any of the items through the app, while they’re shown on-screen or by navigating to Walmart’s TikTok page after the event. With the partnership, TikTok is wading further into the potentially lucrative waters of e-commerce, a pool in which many media groups are already swimming. In recent years, Facebook has invested heavily in shopping capabilities on its eponymous social network as well as Instagram and WhatsApp; Google launched its own video shopping project ShopLoop; and YouTube introduced a new shoppable advertising format, which placed product links underneath videos. Fast Company

After landing $1B in revenue, Lululemon preps for footwear launch

As athleisure and comfort remain the name of the game in a pandemic-driven world, Lululemon posted strong results Thursday, with revenue rising 22% to $1.1 billion (an increase of 19% in North America and 45% internationally), according to a company press release. CEO Calvin McDonald on a conference call with analysts attributed the performance to six factors: loyal guests shopping the full assortment, a steady pipeline of new products, effective inventory management to support higher demand, pay protection for employees so reopenings and launches were smooth, investments in digital in years past that paid off and a brand that translates well across geographies. The company also revealed it is planning an entrance into the footwear market in the back half of next year, with products beginning to sell in 2022. Retail Dive

Named History Of My World after the designer’s tenth anniversary collection in 2005, the online retail platform will stock a selection of products curated by Simons from categories including clothing, homeware and literature. It will also feature limited edition items and special, one-off collaborations. The platform, which is separate from Simons’ namesake brand, launched on December 16 with blankets, candles and books available to buy. BoF 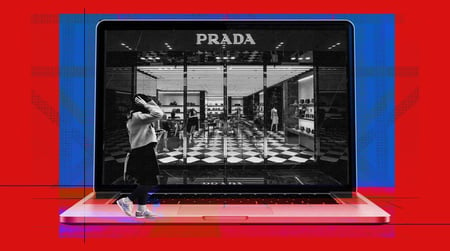 Growth for the mainland Chinese luxury market is expected to climb by 48 percent to reach almost 346 billion yuan (around $52 billion) by the end of the year, according to Bain’s annual China luxury report released today in partnership with Tmall Luxury Division. This meteoric growth, driven in part by the repatriation of luxury spending and acceleration of e-commerce adoption as a result of Covid-19 and international travel restrictions, is forecasted to continue through 2025. It stands in stark contrast with the global luxury market, which the report estimates shrank by 23 percent this year due to store closures and low demand. BoF

Authentic Brands is plotting a double takeover of collapsed department store chain Debenhams and Topshop-owner Arcadia Group, The Daily Telegraph newspaper reported on Saturday, citing sources. Authentic Brands, owner of the New York department store brand Barneys, is in talks this weekend with the administrators of both stricken companies, the newspaper reported. The companies did not respond to a request for comment on Saturday. Mike Ashley’s Frasers Group said on Monday it was in negotiations to buy Debenhams from administrators in a rescue deal. It was also interested in participating in the sale of Philip Green’s collapsed Arcadia Group. Frasers, formerly Sports Direct, said that it hoped a deal could be agreed and jobs at Debenhams saved after the Covid-19 pandemic sunk its business, but cautioned that the transaction was complicated and talks needed to take place quickly. BoF