Zoom, Peacock, and TikTok take the top spots as the fastest-growing brands of 2020

Another end-of-2020 list for all of you. This time the list comes from Morning Consult. The firm has just published its annual “Fastest Growing Brands” list, which it describes as “the definitive measure of brand growth for both emerging and established brands, showcasing a wide range of companies and products that have accelerated their consumer appeal and awareness in 2020.” For this year’s list, the top spot was claimed by Zoom. No need to guess why, right? Surprisingly NBCUniversal’s fledgling streaming service took the No. 2 spot. Less of a surprise was the brand that claimed the No. 3 spot: TikTok. Fast Company 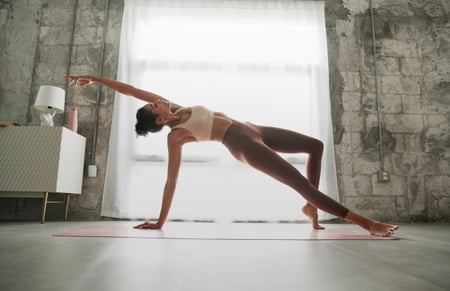 Lululemon Athletica Inc. continues to outperform. The Vancouver, British Columbia-based athletic apparel and accessories company revealed quarterly results Thursday afternoon, improving on top and bottom lines while logging more than $1 billion in revenues. “Our third-quarter results demonstrate the strength of Lululemon across channels and markets, both in North America and around the world,” Calvin McDonald, the firm’s chief executive officer, said in a statement. “Our product innovations, investments in the e-commerce business and strategic acquisition of Mirror position us well to serve our guests as their needs evolve across both physical and digital experiences.” WWD

The beauty conglomerate bought a minority stake through its venture capital arm BOLD (Business Opportunities for L’Oréal Development) as it looks to ramp up e-commerce (currently 25 percent of revenues) and explore new models like peer-to-peer selling, which have gained traction over the course of this year. China’s social e-commerce channels in particular are booming, with apps like Xiaohongshu designed to drive user recommendations and sales.Founded in 2016 by Neiman Marcus and Bergdorf Goodman veteran Kareen Mallet and entrepreneur Corey Gottlieb, Replika Software partners with brands to build and scale their social commerce through a ready-to-use platform. BoF 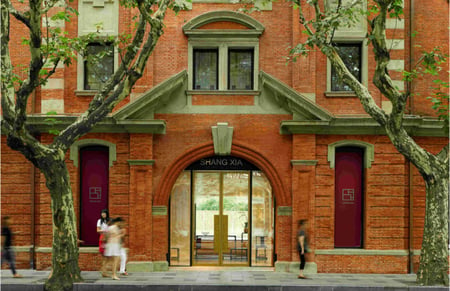 Exor, the owner of Ferrari and The Economist Group, has invested in Hermès International’s China project Shang Xia, the company revealed Wednesday. Exor will invest around 80 million euros in Shang Xia by the end of the year via a reserved capital increase that will result in it becoming the company’s majority shareholder. Hermès will remain as an important shareholder alongside Exor and founder Jiang Qiong Er. The company said with this agreement, Shang Xia will benefit from the support of two family-owned companies, one with French roots and one with Italian roots, both with a common culture of excellence and entrepreneurship. Axel Dumas, executive chairman of Hermès, said: “We are proud of how far Shang Xia has come in the last 10 years, demonstrating our confidence in the brand’s unique model and original proposal. WWD

EssilorLuxottica Is Said to Be Reconsidering GrandVision Deal

EssilorLuxottica SA, the maker of Ray-Ban sunglasses, is reconsidering its agreed €7.3 billion ($8.8 billion) purchase of optical retailer GrandVision NV on legal and pandemic concerns, people with knowledge of the matter said. The Franco-Italian company has become increasingly worried about the way the Covid-19 crisis has impacted GrandVision’s business, the people said, asking not to be identified as the matter is private.
While EssilorLuxottica still sees the rationale of the deal it agreed in the summer of 2019, the changing business environment and a subsequent legal tussle with GrandVision have led it to consider its options, including renegotiating price or even walking away from the transaction, according to the people. Under the deal terms, EssilorLuxottica could be liable for a €400 million termination fee. BoF

The UK department store chain’s “Rewiring Space” opened at its Oxford Street location on December 3, as strict lockdown measures were lifted in London. The concept is the result of open conversations between brands, operators and retailers looking for ways to reshape the fashion system as a result of the pandemic. Twenty Europe-based designers, including Christopher Kane, Erdem, Coperni, A-Cold-Wall, GMBH and Neil Barrett, will sell current and past-season items — including original runway samples and one-off prototypes — for up to 70 percent off the original retail price. Selfridges has not bought the product outright, but is instead providing its floor space, retail fixtures and sales personnel free of charge, and will take a 15 percent commission on sales to pay for operating fees, including credit card transactions. There is no other cost to those taking part. BoF 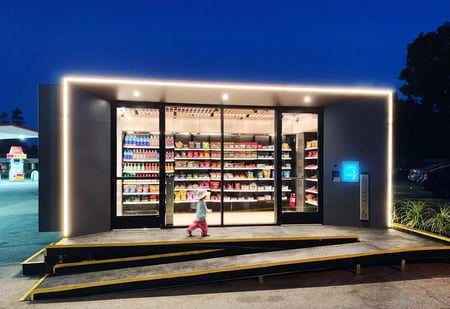 California-based tech start-up AiFi has just debuted its fourth and largest autonomous store in Shanghai. Founded by Steve Gu and Ying Zheng, the company specializes in autonomous computer-vision technologies applied into stores of all scales and sizes, from pop-ups to supermarkets. In the past, AiFi has also partnered with five of the top 10 U.S. grocery chains. Most famously, AiFi grabbed headlines for its autonomous nano-convenience store at Amsterdam’s Schipol Airport’s Albert Heijn. Most recently, AiFi raised $14.5 million as part of a ‘pre-series B’ round, involving Qualcomm Ventures, Cervin Ventures, TransLink Capital and new investor, Plum Alley. Since its inception in 2016, the company has raised a total of $30 million. Forbes

The creative director of Timberland and Raeburn Studios has been tasked with reviving Left Hand and ST95, brands developed by Stone Island-founder Massimo Osti in the ’90s. Both brands will relaunch in February 2021 and have been acquired by Left Hand Studios Ltd.Stone Island was acquired by rival Moncler earlier this week in a deal valuing the Italian sportswear brand at €1.15 billion ($1.4 billion), setting Moncler up to become a multi-brand group. BoF