Former Disney and Discovery Execs to Launch Struum, a ‘Classpass for Streaming Services’

Former Disney and Discovery execs are teaming up to launch a new streaming service called Struum, arriving in the spring, that aims to take the ClassPass model and apply it to the streaming landscape. That is, Struum’s plan is to aggregate content from smaller video-on-demand services, then provide that under its own subscription. The idea for Struum comes from founders Lauren DeVillier, the former head of Product for Discovery Ventures; Eugene Liew, former vice president of Product and Technology at Disney+; Paul Pastor, former executive vice president of Strategy, Revenue and Operations at Discovery Networks; and Thomas Wadsworth, the former lead of Advanced Product Development for Walt Disney Imagineering. The service is backed by former Disney CEO Michael Eisner through his investment firm, Tornante Company. Firstlight Media, a company that provides technology to power video services, is also an investor and collaborator on the new effort. A third investor, Gaingels, focuses on backing LGBTQ+ founders and allies. TechCrunch

Quibi is in advanced talks to sell its content catalog to video-streaming device maker Roku, The Wall Street Journal reported on Sunday, citing people familiar with the matter. Los Angeles-based Quibi, which offered entertainment and news in episodes of 10 minutes or less on mobile phones, announced its closure in October, just six months after its launch. CNBC

Mall of America is No Longer Delinquent on $1.4 Billion Mortgage

Mall of America has modified the terms of its $1.4 billion mortgage and is current on the loan, after missing months of payments during the Covid crisis as stores shut temporarily and tenants failed to pay rent. Triple Five Group, the owner of the largest mall in the U.S., started missing mortgage payments in April, CNBC previously reported. But it has struck a deal with lenders, who expressed “strong confidence in the long-term success and viability of Mall of America,” the owners said. The loan has been current since December, according to Trepp, a New York-based research firm that tracks the commercial mortgage-backed securities, or CMBS, market. Beginning with the December payment, the loan was converted to interest-only through maturity, Trepp said. CNBC 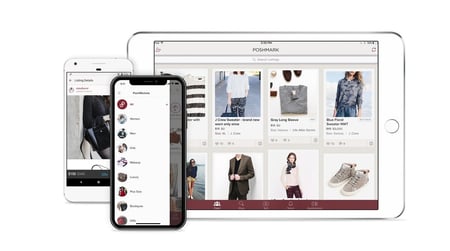 Online fashion marketplace Poshmark Inc. and instalment-payment company Affirm set terms for their US initial public offerings Wednesday, joining a rush of companies expected to tap public markets early in 2021. Poshmark is seeking as much as $257.4 million, according to separate filings Wednesday with the US Securities and Exchange Commission. Affirm Holdings Inc. filed on Tuesday to raise $935 million in its listing. Poshmark will offer 6.6 million shares at $35 to $39 apiece. Its share sale is being led by Morgan Stanley, Goldman Sachs Group Inc. and Barclays Plc. The company plans to list its shares on the Nasdaq Global Select Market under the symbol POSH. At the top end of the price range, the IPO could give Poshmark a fully diluted valuation of about $3.3 billion, and a market value of almost $2.9 billion. BoF

Troubled French crystal-maker Baccarat has changed hands after its owner, Fortune Legend Ltd., was taken over by a group of creditors. The company is now under the management of a group of funds led by Hong Kong-based private alternative credit fund Tor Investment Management, which have taken full control of FLL, a subsidiary of Asian financial holding group Fortune Fountain Capital, which announced in 2017 that it was acquiring Baccarat. The new owners intend to file a mandatory takeover bid for all the Baccarat shares, and plan to subsequently delist the company, French stock market regulator AMF said in a statement. They will explore all options to pursue the growth of the firm, “including any sale or reorganization of the group,” it added. WWD 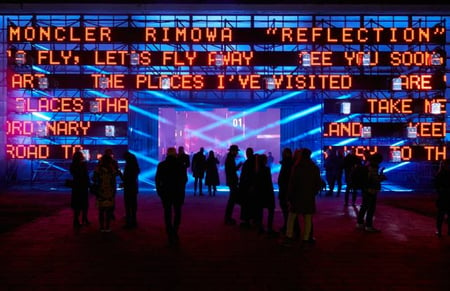 Moncler chairman and chief executive officer Remo Ruffini keeps the industry guessing. In a surprise move, Moncler Genius is moving to China in 2021. A few days before revealing the acquisition of the Stone Island brand in December in a deal valued at 1.15 billion euros, Moncler said it would present the Moncler Genius 2021 project with a new format and a new timing, as “a reflection of the moment,” when “change is faster” and “the times have accelerated.” While Moncler Genius since its launch in 2018 has been presented in Milan in February, the 2021 edition will be held in September, in a nod to the beginning of the brand’s core winter season, and will consist of events broadcast from China across time zones to the world. At the same time, Moncler will retain a slot on the Milan Fashion Week calendar, to maintain a connection with its headquarters. WWD

Without warning and with no explanation, Kering-owned Bottega Veneta closed down its Instagram, Facebook and Twitter accounts earlier this week. Its abrupt halt to social media promotion has left the luxury fashion world stunned. With e-commerce doubling its share of the personal luxury goods market in 2020, from 12% in 2019 to 23%, and with its share expected to reach 30% by 2025 when it will become the primary channel of distribution for luxury goods, social media has become an essential part of every luxury brand’s online strategy, until now. People are speculating that it is just a marketing stunt to lay the groundwork for the release of its Spring/Summer 2021 collection, similar to the tactics that musicians use before releasing a new album. Forbes