The LVMH-owned travel retail group announced today its plans to open a suite of luxury boutiques in Queen’s Wharf, a development on the Brisbane River expected to launch in 2022.  The complex will span over 6,000 square metres, feature offerings from over 100 luxury brands. In recent months, DFS has been among the travel retail players investing in up-and-coming duty free hubs that will allow it to better target luxury shoppers unable to travel globally: earlier this month, DFS and partner Shenzhen Duty Free Group unveiled the first phase of their new downtown duty free shopping complex in Hainan, China. Like Hainan, DFS is betting that Brisbane will benefit from a rebound in visits and spending once the sector recovers from the pandemic. BoF 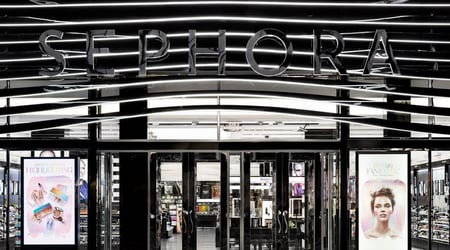 As part of its diversity initiatives, which include joining the 15 Percent Pledge to diversity third-party brands, the LVMH-owned beauty retailer announced that its 2021 incubator brands are all owned by Black, indigenous or people of colour. The “Accelerate” program comes with mentorship, educational workshops on everything from marketing to supply chains before the brands begin selling at Sephora’s stores after the program finishes in May. Participating brands include the skincare brand Hyper Skin, founded by Desiree Verdejo and focused on addressing dark spots and discolouration, as well as Kulfi Beauty, founded by Priyanka Genjoo and designed for South Asian skin tones. BoF

How Birkenstock Became a Luxury Target

The brand behind fashion’s original ugly shoe could soon have an owner with luxury links. Birkenstock is now reportedly an acquisition target for L Catterton, the private equity firm whose shareholders include LVMH and Groupe Arnault, the family holding company of LVMH chairman Bernard Arnault. On Sunday, Bloomberg reported the firm was pulling ahead of buyout firm CVC Capital Partners in a race to buy the family-owned German footwear company, which could be valued at around $5 billion, according to the business outlet. On Monday, WWD reported the talks had become exclusive and that LVMH itself was considering a small investment. CVC and LVMH declined to comment, while L Catterton and Birkenstock did not respond to a request for comment. The high-fashion interest in the centuries-old brand reflects a wider shake-up in the market and long-term shifts in the way people dress. The pandemic has accelerated the broader trend of casualisation in fashion, cementing comfort and convenience as the cornerstone of wardrobes around the globe. It’s a trend that’s particularly apparent in footwear. Global shoe sales declined almost 20 percent to $286 billion last year, according to Euromonitor International. The market is expected to return to growth this year, but sales are projected to remain far below 2019 levels. However, comfort-driven brands are continuing to perform. BoF

Under Armour said Wednesday it is forging ahead with its turnaround strategy to pull its sneakers and sweat-wicking tops out of struggling middlemen and instead pour investments into its own stores and website. Investors rallied behind management’s remarks about the future, with Under Armour shares soaring more than 8% in afternoon trading, and touching a 52-week high of $23.23 at one point. Earlier Wednesday, the company reported fourth-quarter earnings and sales that not only topped Wall Street expectations but showed an unexpected profit. Under Armour revealed plans late last year to break with some retailers, primarily in North America, starting in the back half of 2021, as it doubles down on its strategy to sell more directly to consumers. It has said it aims to leave 2,000 to 3,000 partner stores, although that would still leave it with 10,000 by the end of 2022. CNBC 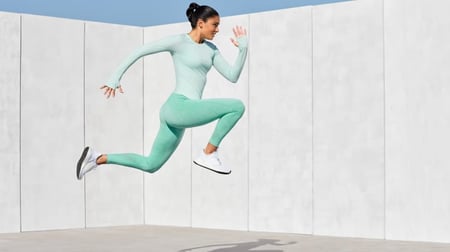 Target launched its own line of workout clothes and exercise equipment about a year ago. Two months later, the pandemic turned much of the country into stretchy pants-wearing remote workers who converted garages into home gyms and cut back on shopping trips. “We like to joke about this internally that it’s become our guests’ favorite work wear, not just workout wear,” said Jill Sando, Target’s chief merchandising officer for style and owned brands. All in Motion, a line that includes sports bras, hand weights and yoga mats, has now reached $1 billion in sales, the company said Monday. It is one of 10 Target brands that generated $1 billion or more in sales in fiscal 2020. Over the past five years, Target has launched more than 30 private-label brands in clothing, home and other categories to try to differentiate itself from competitors and boost profitability. Four of these brands hit $2 billion or more in sales last year: kids apparel brand Cat & Jack; Good & Gather, a food and beverage line; Up & Up, a personal care and household essentials brand; and home decor brand Threshold. CNBC

Against the odds during a raging global pandemic, Shiseido’s business division that relies mainly on traveling shoppers was among the best performing last year. Not bad considering that global tourism suffered its worst year on record in 2020, according to data from the World Tourism Organization.International arrivals fell by 74% last year, wiping out one billion travelers versus 2019 and driving numbers back to 1990 levels. Yet Shiseido seems to have side-stepped the worst impacts of widespread travel restrictions. While the Japanese beauty giant’s eight sales channels all recorded sales declines—by an average of 19%—some like Shiseido’s biggest market of Japan collapsed by 30%, and the Americas by 34%. Forbes

Rihanna roiled the fashion scene on Wednesday, revealing that she is pausing her luxury maison with LVMH Moët Hennessy Louis Vuitton while roaring ahead with her Savage x Fenty lingerie, backed with $115 million in new funding. The twin developments highlighted the challenges dressy fashion brands have faced amid the pandemic — even megastars aren’t immune — and pointed to more explosive growth in categories like innerwear and beauty. WWD broke the news that Rihanna and LVMH mutually agreed to pause the Fenty fashion maison, less than two years after the launch. WWD

The evening wear brand has entered into a global licensing agreement with Blackbox Global Luxury Group (GLG), which specialises in the high-end segment of designer and contemporary brands. The line will consist of 28 ladies’ timepieces which will launch globally online for international sale and in-store for Spring/Summer 2021, unveiled on February 11. “The launch of Elie Saab Timepieces marks an exciting new chapter, where together we will bring the brand to women around the world, both life-long customers of the house and a new following,” Blackbox GLG founder and chief executive Rico Pross said. “We are confident this shared vision will be a successful partnership for years to come.” BoF