Europe Is Alibaba’s Next Target for Livestreaming Growth

European consumers are more interested than ever in livestreaming commerce and “shoppertainment” in the wake of the Covid-19 pandemic, according to a new study released by Alibaba’s global online marketplace, AliExpress, and market research firm, Forrester. The study, which surveyed almost 15,000 consumers in France, Spain, Poland and the UK, found 70 percent of respondents expressed interest in livestreaming commerce, with almost half saying their interest has increased as a result of the pandemic.Livestreaming commerce is already a major contributor to e-commerce sales in China, where the innovation first originated, as well as other parts of Asia. According to data from Forrester, livestreaming commerce in China alone will be worth $543 billion by 2025.In France, AliExpress launched livestreaming in May 2020. Since then, more than 3,000 streams have been hosted by more than 100 local livestreamers. The platform is also recruiting retail store salespeople in France in order to train them to become livestreamers. In Spain, AliExpress said it has established partnerships with eight agencies and worked with 180 local influencers on livestreaming activities. BOF 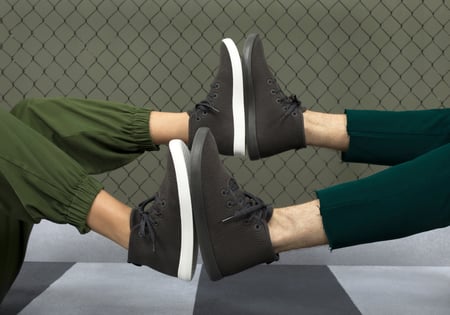 The sustainability focused shoe maker Allbirds has taken another step to green its supply chain with a small $2 million investment in a new company called Natural Fiber Welding. Announced this morning, the investment in Natural Fiber Welding will see Allbirds bring a vegan leather replacement option to customers by December 2021. It’s a natural addition for a company that has always billed itself as focused on environmental impact in other aspects of its apparel manufacturing. Allbirds these days is far more than a shoe company and Natural Fiber Weldings suite of products that include both a purportedly tougher cotton fiber made using the company’s proprietary processing technology and a plant-based leather substitute. Those materials could find their way into Allbirds array of socks, shoes, tshirts, underwear, sweaters, jackets, and face masks. Natural Fiber Welding already touts a relationship with Porsche on its website, so Allbirds isn’t the only company that’s warmed to the Peoria, Ill.-based startup’s new materials. With the addition of Allbirds Natural Fiber Welding has raised roughly $15 million, according to data from Pitchbook. Other investors in the company include Central Illinois Angels, Prairie Crest Capital, Ralph Lauren Corp. and Capital V, an investment firm focused on backing vegan products. TechCrunch

As part of its news announced at its live event today, Spotify announced a set of new creator tools and resources, including the expansion of Marquee, the launch of a tool called “Discovery Mode” into beta testing, the opening of the Canvas looping visual feature to all artists and its plans to expand its Spotify for Artists platform to be available in 25 additional languages. Marquee, launched in 2020, is a tool that allows artists and their teams to promote their new releases through full-screen, sponsored recommendations to both free and paid subscribers. Spotify says that users who see a Marquee pop-up are twice as likely to save the music. Now, Marquee will be available as a self-serve buying experience for artists, allowing their teams to book campaigns at any time, as easily as they update their artist profile. This self-serve feature will launch in the U.S., and this summer will expand outside North America, to the U.K. Ireland, Australia and New Zealand, before rolling out more broadly. TechCrunch

Swarovski Rolls Out a Rebrand and Store Redesign

The brand, known for its signature crystal, initiated the revamp under the leadership of Giovanna Engelbert, Swarovski’s first-ever global creative director, who was appointed to the role in May of last year. Swarovski is also introducing a new brick-and-mortar concept called “Instant Wonder,” which will feature 30 stores in key global markets. The most visible change is a refresh of Swarovski’s signature swan logo. The swan is now turned to face the viewer’s right to give the impression that it is looking toward the future. It has also been given an elongated neck and is placed in a “candylike” octagon, a nod to the shape of a faceted crystal. A statement from Swarovski said the new, more streamlined design is meant to “reinforce the state of momentum” the brand is in. The new logo was revealed on Sunday on Instagram. Along with the redesign, Swarovski has also revealed the first jewellery collection released since Engelbert took the reins. The collection is organized thematically based on mood, disposition, and style of the wearer, and features models such as Adwoa Aboah and Fadhi Mohamed in a corresponding campaign. BoF 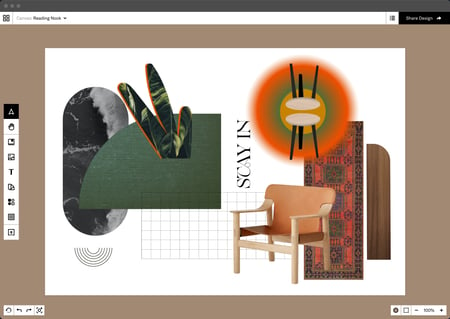 The Landing is bringing shoppable social and collaboration to interior design

Monetizable mood boards might sound like the moonshot idea that no one asked for, but when you think about it, the vision is already informally happening in various corners of the internet. A young generation of users shops with community in mind, whether that’s buying merchandise from your favorite influencers or giving into those Instagram advertisements after spending way too much time on the grid. As more users think of shopping as a social, digital-first activity, The Landing, a seed-stage startup coming out of stealth, is hoping to win over those who have an affinity for designing homes and spaces. On The Landing, users can create, and shop from, room designs to help furnish their homes. TechCrunch

The joint venture’s general manager, Alison Overholt, joins from ESPN, where she was most recently senior vice president of multi-platform storytelling and journalism, and at one time served as its magazine’s editor-in-chief. (Hearst owns a 20 percent stake in the sports media company.) The announcement arrives almost a year after BoF’s Chantal Fernandez broke the news that Hearst would cease publishing O: The Oprah Magazine on a regular basis, laying off a number of employees in the process. (Lucy Kaylin, the magazine’s former editor in chief, was named vice president of print content at Hearst in December 2020.) At the time, it was unclear whether Winfrey and Hearst would continue with their partnership, established in 2000 with the launch of the magazine. Arianna Davis, who previously led Oprahmag.com, has been promoted to senior director of editorial and strategy, reporting to Overholt. No details regarding the new concept, set to launch this spring, were shared. BoF

The retailer will begin building this spring a 850,000-square-foot “customer experience” centre in Longview, Texas, it announced Wednesday, Feb. 24. The warehouse is designed to deliver products faster and more efficiently in response to the dramatic e-commerce growth that has swept the industry over the past year. Once complete, the centre will be able to process up to one million units everyday. Gap’s new distribution campus will feature new technologies that were piloted in its other centres across the retailer’s portfolio, it said, such as robotics and automation. The development is also expected to create more than 1,000 full-time jobs in Longview in the next five years. “We needed to expand our fulfillment network to provide a great experience for our customers today and ensure we have the ability to grow in the future,” Gap chief operating officer Shawn Curran said in a statement. Gap expects the facility to be fully functional by August 2022, adding to its existing infrastructure of six distribution centres across North America. BoF