Three European rivals are joining forces in an “unprecedented collaboration” to help consumers trace the provenance and authenticity of luxury goods. LVMH Moët Hennessy Louis Vuitton, which in 2019 initiated the Aura platform, will be joined by Prada Group and Compagnie Financière Richemont in the Aura Blockchain Consortium, which will promote the use of a single blockchain solution open to all luxury brands worldwide. Bulgari, Cartier, Hublot, Louis Vuitton and Prada are already keyed into the platform, which will give consumers direct access to a product’s history, proof of ownership, warranty and maintenance record. According to a joint release revealing the creation of the consortium, it is in “advanced” discussions with several independent brands, and “brands within founder groups” to join soon since the blockchain “offers flexibility to support companies of various sizes and to adapt to individual needs.” WWD

French luxury conglomerate LVMH has broken ground in Shanghai on its largest e-commerce sales and storage hub for cosmetics in the Asia-Pacific region, which is scheduled to be operational by the end of next year.
The hub will serve as an industrial base for e-commerce packaging and dispatch for the group’s cosmetics and perfume products. It covers a nine hectare area and is expected to cost nearly 1 billion yuan ($154 million). In 2020, the Asia market, excluding Japan, accounted for 45 percent of LVMH Group’s perfumes and cosmetics sales, according to the company’s annual report, making it the largest regional market for these categories. The China market in particular was singled out for playing a key role in regional growth. BoF

Lululemon Athletica is getting into the resale game. The Vancouver, British Columbia-based athletic apparel and accessories firm is launching a re-commerce program — the retailer’s first — called Like New. The program kicks off in May, when Lululemon shoppers will be able to trade in gently used Lululemon apparel and bags for gift cards in its approximately 80 stores throughout California and Texas. Shoppers in those states can also exchange products by mail. Then in June, the retailer will begin reselling the traded-in items in the same markets, online and in stores. WWD

Klarna has partnered with Doconomy to roll out a feature on its app that tracks the carbon footprint of purchases. The announcement is part of the payments solution provider’s 1 percent pledge, which earmarks $10 million toward initiatives tackling climate change, the company said. The carbon tracking feature will be available to up to 90 million consumers in 16 markets. “The new feature aims to democratize access to unbiased climate impact information for consumers at no cost or judgment as a first step to help drive awareness around climate change,” Klarna said in a statement, adding that the feature introduces “a seamless experience for users to access carbon footprint insights and brings to life one of the largest-ever awareness-raising efforts on carbon footprints, based on consumer reach.”  WWD

Italian fashion group Etro said on Monday it was assessing possible partnerships to drive future growth after reports of interest from buyout firm L Catterton. A source close to the matter earlier on Monday told Reuters the Milan-based luxury brand was considering an expression of interest from L Catterton, an investment firm born out of a partnership among Catterton, LVMH and its owner Bernard Arnault. The source said talks between the family-owned Milanese company, which is being assisted by Rothschild, and the private equity firm were at a preliminary stage. Asked for a comment, Etro said the group “is focused on creating the conditions for future business growth” and “possible partnerships to help this process are also being explored.” So far, no binding agreements have been reached, it added. L Catterton declined to comment. BoF

Fueled by high double-digit momentum in Asia-Pacific and North America, Kering said first-quarter revenues bounced back above pre-pandemic levels, up 5.5 percent versus the first quarter of 2019. Star brand Gucci saw sales in the first three months of 2021 return to positive territory, jumping 24.6 percent in organic terms versus the first quarter of 2020 to 2.17 billion euros. Kering credited “the desirability of its collections, successful collaborations and multiple clienteling initiatives” for Gucci’s gains. Organic sales at the Italian megabrand were down 10.3 percent in the fourth quarter, spooking investors. Consolidated revenues at the French luxury group, also the parent of Saint Laurent, Balenciaga and Boucheron, rose 25.8 percent on a comparable basis to 3.89 billion euros in Q1. WWD

Ferrari is ready to unveil its new and first luxury men’s, women’s and children’s collections in June. The Agnelli family holding Exor, which owns Ferrari, plans to stage a runway show that will be held in Maranello, Italy, where the Ferrari brand is headquartered, on June 13. It is expected to take place IRL, depending on the progression of the COVID-19 pandemic in the country and the rollout of the vaccines. Ferrari in November 2019 revealed it was launching a new lifestyle project, as reported, tapping designer Rocco Iannone as its brand diversification creative director. Iannone and his team are based in Milan. Iannone is tasked with developing the creative content, design and image of all of Ferrari’s own and licensed women’s, men’s and children’s apparel and accessories collections and reports to Nicola Boari, Ferrari’s chief brand diversification officer. The line will be distributed through a new network of flagships and online. WWD

Luxury Brands Are Betting Their Future On China, But It May Be A Risky Gamble

LVMH just came out with a strong first quarter 2021 report, reassuring industry watchers that the Covid pandemic is finally in the rearview mirror for the luxury market. Total revenues reached €14 billion, nearly equal to $17 billion, with organic revenue growth over same period last year up 30%, excluding currency fluctuations and its acquisition of Tiffany. Fashion and Leather Goods were the company’s primary mover, showing 52% year-over-year organic growth. Since 1Q2020 was such an unprecedented year, the company also provided comparisons to first quarter 2019 and the results were impressive too. Overall organic growth was reported at 8%, with Fashion and Leather Goods up 37%, followed by Wine and Spirits rising 17%. Selective Retail, under which Sephora and its travel-retailer DFS Group reports, were still underwater compared to 2019, down 30%. Forbes 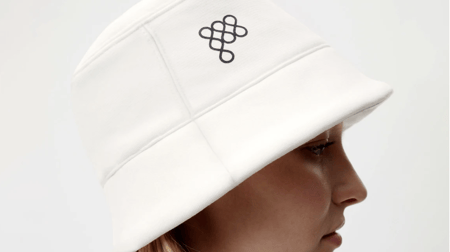 This fashion label is making clothes out of air pollution

Streetwear label Pangaia wants to sell you pollution. Literally. The brand’s latest capsule collection features clothes and accessories emblazoned with logos that use black ink made from toxic particles. This particulate matter would otherwise contribute to global warming and harm human health. But Pangaia partnered with Graviky Labs, a startup spun out of an MIT project, to suck it out of the atmosphere and transform it into screen printing ink. This is the first time this kind of ink has been used in garments. Fast Company