Through games like Roblox and Animal Crossing, consumers have warmed up to creating digital identities in virtual hangouts, and brands want in. P&G-owned skincare brand SK-II has responded by launching its own virtual hyper-realistic branded world, SK-II City, for consumers to spend time in. Inspired by the city-building video game SimCity, SK-II City is based around iconic sites in Japan like Mount Fuji and the Tokyo Tower. Users can visit destinations, like a movie theatre to watch films created by SK-II Studios, or a backstage tour area to see behind-the-scenes footage from campaigns. The virtual city was created by SK-II Studios and global digital marketing agency Huge. It took a couple of months to build according to SK-II’s global senior brand director YoeGin Chang, who declined to comment on the investment. She says that the launch was in response to changing consumer behaviour. (VR firm Sense-R says that third-party VR experiences can cost between $10,000 and $50,000.) “We were less concerned about cash outlay and more about our customers who are seeking more differentiated experiences online,” Chang says. SK-II City will be a permanent site fixture (rather than a temporary activation) and the brand plans to build it out, eventually adding a virtual store to browse and buy products. Vogue Business 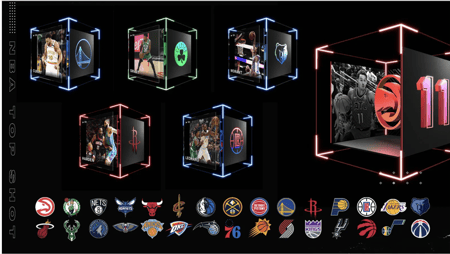 Beyond the bubble: Making NFTs work for fashion

The NFT gold rush earlier this year yielded some mind-boggling payouts for early adopters: virtual fashion brand RTFKT sold a digital jacket for over $125,000 and of course, there was the famous $69 million Beeple digital art sale. Now, the smoke is beginning to clear on the initial hype cycle as NFT price tags level out, and fashion brands are having a harder time making a big splash on existing NFT exchanges. Any brand or person can “mint” an NFT, which has led to a flood of NFTs for sale, and often brands lack familiarity with the crypto audience that form the core base of NFT buyers, experts say. And NFT sellers often don’t understand just how small the NFT buyer base is: blockchain analytics company Covalent found that fewer than 2,000 buyers accounted for 80 percent of total purchase volume on Rarible, the second-largest NFT exchange. Even widely known celebrities are struggling to sell NFTs: only one of supermodel Kate Moss’s NFTs has sold, while another remains unbid on. Vogue Business

Neighborhood Goods opened its first store in late 2018, which focused on curating a selection of digitally native brands, some of which might not have had a physical presence otherwise. The company, which describes itself as "the modern retailer reinventing the department store," has housed brands such as Rothy's, Stadium Goods, Maude and Dollar Shave Club. But The Marketplace allows Neighborhood Goods to tap into a new product segment.  "From our earliest days, we've been thinking about how to thoughtfully feature CPG products in our spaces. Like so many others, we find the CPG space to be exciting and compelling, but, as with many of our other brands, hard to find and sample in-person," Co-founder and CEO Matt Alexander said in a statement. "With The Marketplace, we bring our same curatorial philosophy — balancing established and up-and-coming names with local partners — to a new category." Retail Dive

Rotten Tomatoes wants to be more than a score. Inside its ambition to be a streaming destination

Ever since Rotten Tomatoes was dreamt up in 1998 by three Asian-American University of California at Berkeley undergrads who initially built the website to collect old reviews of Jackie Chan movies, it has been synonymous with its scores. The famed “Tomatometer” averages reviews from professional critics and slaps a movie or TV show with either a “fresh” rating—when 60% or more of the reviews are positive—or a “rotten” one. The results are visually conveyed, appropriately enough, with either a bright red tomato or a green splat. There’s also an “audience score,” which is a tally of what Rotten Tomatoes users think of what they’ve watched. Mostly positive reviews (again, over 60%) result in an image of a full popcorn bucket. Mostly bad reviews: a tipped-over bucket. Fast Company 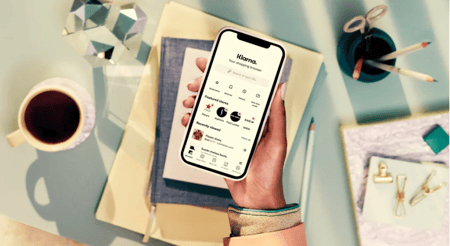 Fintech company Klarna is giving away $4.5 million in free services to small businesses

Klarna, one of the world’s leading global payments and shopping services, has announced a new initiative aimed at helping small and medium-sized businesses (SMBs) that were most impacted by the pandemic get back on their feet. The finch company is donating $4.5 million in payment and media services to 100 small businesses across the nation. The Small Business Impact Initiative is in honor of Small Business Month and will see Klarna give away $40,000 worth of free media services to each of the SMBs selected, as well as free payment services for one year. Klarna cites a recent report by Facebook and the Small Business Roundtable that in February 2021, 22% of small businesses in the country were closed. The research also found that 27% of minority-owned businesses suffered the greatest losses, and 25% of female-led businesses were reported closed. Fast Company

Selfridges & Co. is offering couples the chance to get married in its giant shopping emporium on London’s Oxford Street in a novel approach to attracting people back to the store. The luxury department store has acquired a temporary license to host “micro weddings” for a limited period this year for up to 20 guests. The initiative is part of a plan to “offer new ways to celebrate the special experiences everyone has been missing” during lockdowns, the retailer said in a statement. Many British weddings have been canceled or postponed during the pandemic because of restrictions on large gatherings, and the growing backlog has reduced venue availability. Selfridges said its plan will help meet that demand while providing an unusual alternative. BoF

Beginning this weekend, Uber Eats and Postmates users in 20 cities will be able to order Jo Malone and Origin products — both brands under the Estée Lauder umbrella — the same way they order pizza or sushi for takeout. Couriers on the apps will pick up the products from stores and take them directly to the customers for a delivery fee on par with food orders, between between $0.50 and $5. Uber said it launched the partnership in time for Mother’s Day but it will continue indefinitely. It’s part of the ride-sharing company’s larger effort to work with fashion and beauty retailers in offering same-day shipping. Uber is already providing same-day delivery options for H&M, the Body Shop and Walmart in select cities under its Uber Direct programme. Its overall delivery business is up 150 percent year-over-year, the company said. BoF