Startup success is elusive: An estimated two-thirds fail, often done in by a faulty business model. For every DoorDash, which commands 50% of the U.S. food-delivery market today, there’s a Munchery (rest in peace); and for every TikTok, there’s a Quibi, the short-form streaming platform from Hollywood mogul Jeffrey Katzenberg that went belly up last year. Then there are startups that lured consumers at a moment in time, only to have that moment pass. Flash-sale sites like Gilt.com and Rue La La, which offered steep discounts on luxury fare during limited-time-only online events, captured the imagination of recession-scarred fashionistas, only to flame out amid a rebounding economy. In other words, these startups didn’t have legs. But there’s a rising crop that do, analysts and trend forecasters told CO—. These B2C and B2B startups in the retail and real estate to gaming, grocery and fashion spaces lean into trends that are poised to stick: They meet changing consumer buying preferences, redesign public spaces to follow lifestyle shifts and provide business solutions for the growing ranks of entrepreneurs amid the gig economy and more, sources said. CO—

Ralph Lauren announced its first step into large-scale made-to-order clothing with the launch of bespoke polo shirts. David Lauren, the company’s chief innovation and branding officer and vice chairman of the board, said the move will both improve the brand’s sustainability credentials and be good for business: It will help reduce material waste, as well as limit inventory and markdown costs for the brand, he said. Starting on Tuesday, customers shopping the brand’s e-commerce site can create a custom polo, selecting details like colors for each piece of the polo (for example, the left sleeve or the collar) and adding monograms. Lauren said the plan is to roll out additional customization options, like patterns and logos, over the next year. Glossy

Japan-based multinational beauty company Shiseido and consulting company Accenture has come together to form a joint venture in the build of ‘Shiseido Interactive Beauty’, a new company dedicated to an enterprise-wide digital reform to Shiseido and its group companies. As part of the cosmetics group’s ‘Win 2023 and Beyond’ corporate strategy, the strategic partnership is an act of agile response to the changing consumers and market environments, achieved by strengthening its technology infrastructure and creating a new culture through workforce training and upskilling. Forbes

More than 400 of the 850 restaurants that sell food on Goldbelly's platform have joined since the start of the pandemic, an influx that the company says has more than quadrupled sales over the past 12 months. On the back of that boon, Goldbelly plans to announce this week that it has raised $100 million in new funding. NYT

South Korean E-Tailer Musinsa Acquires StyleShare and 29CM
Musinsa took a 100 percent stake in both platforms for 300 billion won ($265 million), Korea Tech Desk reports. Styleshare, which was founded in 2011, is a social media platform for fashion and beauty content and serves over 6 million global users. In 2018, it acquired 29CM, an e-commerce platform selling clothes, lifestyle items and food. The three platforms will continue to be managed independently, but adopt an integrated strategy to accelerate growth using Musinsa’s infrastructure; the firm is expected to invest in fulfilment centres and logistics systems. BoF

Gojek to Merge With Tokopedia to Create Indonesia Tech Giant
Indonesian ride-hailing and payments firm Gojek and e-commerce leader Tokopedia are merging to create a multi-billion dollar tech company called GoTo in the country's largest-ever deal, as rivals bulk up in the fast-expanding sector. The combined entity, which will span online shopping, courier services, ride-hailing, food delivery and other services in Southeast Asia's largest economy, will be the biggest privately held technology firm in the region. It plans to list in Indonesia and the United States later this year, company executives said on Monday. Reuters

Luisa Via Roma Targets US Expansion with Content-Driven Strategy
Family-owned Italian e-commerce retailer Luisa Via Roma is beefing up its efforts in the United States, with plans to invest in editorial content and launch a magazine this September to help double its turnover from the country in the next two years. The retailer hired Kate Davidson Hudson, the co-founder of content and commerce platform Editorialist, to oversee its expanded content strategy as editor-in-chief. More US hires and offices are planned. Sales to the US currently represent 15 percent of Luisa Via Roma’s revenue. Chief executive Andrea Panconesi told BoF that the US was previously the company’s biggest market before a marketing push in Italy that started three years ago drove more sales in Europe. BoF 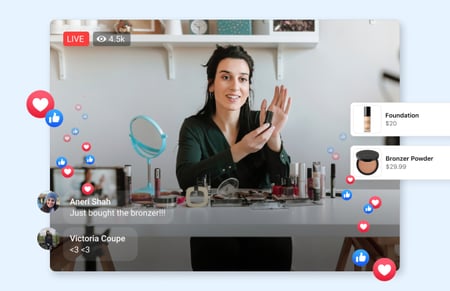 Facebook Launches ‘Live Shopping Fridays’ for Beauty, Fashion
Now through July 16, Facebook will be featuring some of the biggest brands in beauty and fashion in a weekly showcase for livestream shopping on the platform. “What if you could see this season’s latest trends modeled in real time, ask questions about how they fit, select your size and buy, all from the comfort of your home?” Facebook posited on its announcement blog post on Tuesday. “Live Shopping on Facebook combines the fun of live video with the convenience of online shopping. And this summer, we’re bringing some of the biggest brands together for a showcase of products, tips, demos and more through Live Shopping Fridays.“ WWD


Estée Lauder Closes Deal for Majority Stake in Deciem
The Estée Lauder Cos. Inc. on Tuesday closed a deal for a majority stake in Deciem, the parent company of The Ordinary. Lauder now owns 76 percent of Deciem. The transaction valued the company at $2.2 billion, making it the largest deal in Lauder’s history. Lauder will buy the rest of Deciem after a three-year period at a purchase price that will be determined by Deciem’s future sales. For 2020, Deciem nearly doubled sales to about $460 million. Right now, most of the company’s revenue is generated by The Ordinary, which gained a cult following for affordable skin care products including Niacinimide 10% + Zinc1% for $5.90, and AHA 30% + BHA 2% Peeling Solution. WWD 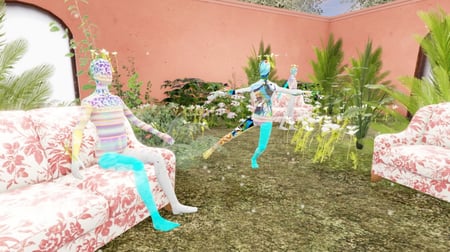 Gucci brings digital items and experiences to Roblox in new partnership
As gaming platforms capitalize on pandemic-fueled traffic to their digital worlds, brands that drive culture in the physical world are fighting to ensure they don’t miss any new opportunities. A new partnership between Roblox and Gucci brings digital items from the fashion house into the platform’s metaverse alongside a new limited-run digital experience. Gucci’s new experience teams a set of virtual spaces with a set of digital branded items in an effort to immerse Roblox users inside a world that feels unique to the Gucci brand and Roblox platform. The new space, called Gucci Garden, debuts today for a two-week run on the Roblox platform. TechCrunch

Google today announced it’s partnering with Shopify, giving the e-commerce platform’s more than 1.7 million merchants the ability to reach consumers through Google Search and its other services. The integration will allow merchants to sign up in just a few clicks to have their products appear across Google’s 1 billion “shopping journeys” that take place every day through Search, Maps, Images, Lens and YouTube. The company didn’t offer extensive details about the integration when it was announced during Google’s I/O Developer event this afternoon. But the news follows a series of updates to Google Shopping resulting from Amazon’s increased investment in its own advertising business, which threatens Google’s core ads business. Google made its pitch to online advertisers today, describing how its so-called “Shopping Graph” would now begin to pull together information from across websites, price reviews, videos and product data pulled directly from brands and retailers, to help better inform online shoppers about where to find items, how well they were received, which merchant has the best price, and more. TechCrunch