Now Worth $1 Billion, Beautycounter Aims for Big Leap
About a decade ago, Gregg Renfrew founded Beautycounter and started advocating for cosmetic makers to use safer ingredients. Back then, few people cared about what she was saying. But now they do. So-called “clean beauty” has become a fast-growing category. And the company started by Renfrew, a former retail consultant, is worth $1 billion after Carlyle Group — one of the world’s largest private equity firms — bought a majority stake in April. The brand, which is sold through its own e-commerce platform, a handful of stores and an army of more than 55,000 independent sellers, says it avoids using chemicals that it deems unsafe. It has a list of 1,800 ingredients, such as formaldehyde. This includes 1,400 chemicals banned or restricted in personal care products by the European Union. That mantra helps explain how it kept seeing sales rise last year when the beauty industry cratered during the pandemic. While growth slowed, revenue still gained about 17 percent at Beautycounter in 2020, according to Bloomberg Second Measure, which analyses anonymous consumer transactions. The company, based in Santa Monica, California, declined to provide specific results. Bloomberg recently spoke with Renfrew about the future of beauty, and what comes next. BoF

Isabel Marant Launches Second-Hand Site
The French luxury label is the latest brand to join the burgeoning resale market, launching Isabel Marant Vintage Friday. The site will take donations of second-hand Isabel Marant garments in exchange for vouchers and will also sell deadstock garments, shoes and accessories from previous collections. At launch, the label will offer a bundle of five surprise pieces for €145 ($172). Proceeds will be used to fund the Isabel Marant Endowment Fund, which was created this year to support women’s education and artisan craftsmanship in indigenous communities. WWD

The Gamer Chat App Influencing Menswear
In the early months of 2020, sneaker enthusiasts Jaren Amoroso and Robert Liss forged a friendship through a Discord group dedicated to New York-based menswear brand Aimé Leon Dore. The two now spend upwards of 10 hours a day on the platform, checking in on conversations about their favourite brands, designers and artists, swapping fashion advice and paying monthly memberships for access to exclusive groups. “Most of my shopping is done online, and that starts with Discord,” said Amoroso, estimating that almost all of his recent purchases were driven through the platform. BoF 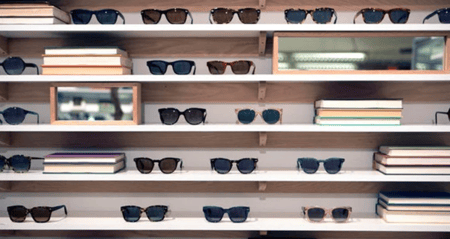 Warby Parker Files Confidentially for US Listing
New York-based Warby Parker has confidentially filed for a stock market listing in the United States, the eyewear company said on Tuesday, as it looks to cash in on the boom in online commerce. As consumers shift to digital modes of shopping, companies including Warby, which was last valued at $3 billion after a funding round in 2020, are seeking to attract investors at a time the stock market has seen a record appetite for new listings. Warby, known for its fashionable eyewear, was founded in 2010 by four classmates at the Wharton School of the University of Pennsylvania, after one of them on a backpacking trip found the cost of replacing eyeglasses was too high. The company, which sells prescription eyewear starting at $95, also has a brick-and-mortar presence in several markets in the United States and Canada. Reuters

Legendary Paris department store La Samaritaine reopens
When iconic Paris department store La Samaritaine closed in 2005 for safety reasons, it had clearly seen better days. It was once the place you went to buy a new broom, or to take visitors for a spectacular view of the Seine, but its art nouveau interior had aged into a state of permanent melancholy.The store had always been what the French call populaire. In 1870, a salesman named Ernest Cognacq, with his wife Marie-Louise, opened a store on this spot. As it grew, the architect Frantz Jourdain convinced them to erect a new building that would bring ‘art into the street’. They inaugurated his light-filled, iron-framed art nouveau building in 1910, followed by Henri Sauvage’s art deco extension in 1928. But by the 1970s, La Samaritaine’s sales were in decline and, in 2001, the luxury goods group LVMH acquired the store’s four timeworn buildings (along with an adjoining apartment block, which it agreed to renovate and sell back to the city as social housing). Wallpaper

Ralph Lauren Gets into Gaming With Esports Sponsorship Deal

The American fashion brand said Monday it has inked a deal to outfit esports brand G2 Esports’ team of gamers. The move is the latest sign of fashion’s growing interest in gaming and its community of young consumers. Though other brands have experimented with the format in the past, Ralph Lauren claimed to be the first luxury brand to officially outfit an esports team on a long-term basis. G2 Esports was founded by League of Legends player Carlos Rodriguez and esports investor Jens Hilgers in 2015 and says it has a global fanbase of more than 32 million. Its team competes in titles including League of Legends, Fortnite and Valorant. Ralph Lauren said the deal marks a “next generation addition” to its sports partnerships and will help it engage new consumers. The brand’s existing sponsorship deals include the US Olympic and Paralympic Teams and Wimbledon. BoF

Prada and Zegna Team Up to Buy Majority Stake in Italian Cashmere Maker
The two Italian houses said Tuesday they will each acquire a 40 percent share in Filati Biagioli Modesto, a cashmere yarn supplier based in the Tuscan province of Pistoia that counts Prada and Zegna, as well as Louis Vuitton, Dior, Chanel, Armani and Moncler, among its customers. The value of the deal was not disclosed. The Biagioli family will retain a 15 percent stake in the business. The remaining 5 percent will be owned by textile industry veteran Renato Cotto, who is taking on the role of chief executive at the manufacturer. Zegna Group chief executive Gildo Zegna and Prada group chief executive Patrizio Bertelli will join the company’s board, with Zegna serving as chairman. BoF