Here's our roundup of this week's top retail news. Hudson Yards opening, KITH continues to be a collaboration machine, a long and insightful profile on Outdoor Voices and more!

If You Gild It, Will They Come?

A brand-new vertical retail palace — don’t call it a mall — opens at Hudson Yards, New York’s biggest, shiniest new multibillion-dollar development. The retail center, all one million square feet of it, is the shopping, dining, pampering hub of Hudson Yards, the largest wholesale innovation to the New York landscape in years. It is nothing less than a full neighborhood developed by Related Companies, the mega-developers run by the billionaire Stephen M. Ross, in a joint venture with Oxford Properties Group. (Related also owns Equinox.) NY Times

$6 will buy you 30 minutes inside New York’s first coworking spa
What is 3den? It’s hard to tell from the outside, where it appears to be a luxe, high-tech airport lounge that’s not in an airport, complete with an iPad where you scan a QR code to gain access. But once you walk in and begin exploring the plant-filled space, you’ll discover it also has a meditation and yoga room, high tables specifically designed for you to work standing up, and bathrooms and showers complete with free products from brands like Cora (for tampons and pads) and Hello (for oral care). There is free coffee, soundproof phone booths, an abundance of power outlets, and even two Casper nap pods. Fast Company 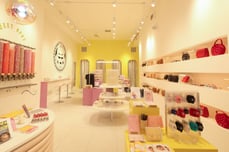 Marketplaces are the retail industry’s shiny new thing. Partly a function of the real estate market, like pop-up shops, marketplaces are sprouting at a time when there remains a glut of available space driving down asking rents and landlords willing to deal. There are many variations on the theme, but the concept is catching on — with retail operators and investors. Marketplaces owe a debt to food halls, with their stalls devoted to different chefs, restaurant to-go menus, bakers, candy makers and more, and have even been dubbed “food halls for products” by some experts. The projects vary in size and assortment. Some are big both in size and operators’ ambitions. WWD

WeWork Is Launching a Coworking Space for Food Startups

WeWork — the chain of coworking spaces that famously offered complimentary fresh fruit water, coffee, and ping-pong to freelancers on its way to a $45 billion valuation — now wants to reach people outside the workplace. In January, it announced that, after conquering the market in office real estate, it was rebranding to “The We Company” and splitting into three divisions: office-centric WeWork, residential WeLive, and education-focused WeGrow. Its first retail concept, Made by We, debuted as a hybrid coworking space, cafe, and store earlier this year. And WeWork Labs, the arm acts as a startup accelerator, allows the company to invest in businesses across sectors. Now, that includes food. Eater

Built for the Future: MCM Touts Rodeo Drive Flagship as It Looks Ahead

The question of what an accessories brand could ever do with nearly 5,000 square feet of selling space on Rodeo Drive is not difficult to answer if you’re MCM and already plotting ahead. The company this week officially celebrates the opening of its Beverly Hills flagship, split across two levels and complete with DJ booth, small bar, plush seating, LCD screens, grand staircase, bold facade and product exclusives as it stares straight into the $1 billion sales mark for next year. WWD 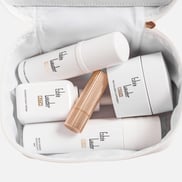 Streetwear retailer KITH is making its first foray into beauty with an exclusive partnership with beauty giant Estee Lauder. Called "Just Us," the limited-edition collection celebrates the "strength of every woman's natural beauty with a selection of products that provide a complete skincare regimen to create beautiful, glowing, flawless skin." The key inspiration for this collaboration and message behind it is Estee Lauder's own history, meant to evoke a nostalgia for the 73-year-old company. Paper Mag

Target on Wednesday announced the latest label in a series of wellness icons dedicated to driving transparency regarding the chemicals in products. The addition," Target Clean," is a "clean icon" that indicates products have been formulated without parabens, phthalates, formaldehyde and other chemicals. This is the latest step in Target's plan, first announced in 2017, to offer products without unwanted chemicals and with greater transparency regarding product formulations. By 2020, the overall plan is to formulate products without the chemicals on its priority list, and to label products clearly to indicate those free of ingredients like phthalates, parabens and formaldehyde. Retail Dive

Creative director Julie de Libran has left Sonia Rykiel, as the French fashion house known for its colorful striped knits hunts for a new investor. De Libran, who joined Rykiel in 2014, showed her last collection for the label in a showroom presentation during Paris Fashion Week, having skipped the runway this season after a banner 50th anniversary year that culminated in an outdoor fashion show last September on the newly christened Allée Sonia Rykiel in Paris. WWD

Five years ago, sneakerologists noticed a sudden shift in millennials’ choice of kicks. Twentysomethings–dressed from head to toe in athleisure–were ditching their high-performance athletic shoes for iconic sneaker silhouettes of the 1980s and ’90s. Today, Classics makes up 40% of Reebok’s total sales, outpacing its performance shoe division, which focuses on using technology to create shoes for sports and fitness. Kelly Hibler, who became the GM of Reebok Classics in 2017 after 28 years at Nike, says this explosion in vintage sneakers happened across brands. “It was clear to everyone in the industry,” he says. “There was a sudden surge in sales of these classic styles.” Fast Company

Glamsquad, known for its range of hair, makeup and nail services, will be launching its own makeup line in April. Glamsquad is capitalizing on its position as a beauty service provider to create and sell its own products, a strategy which started in December with haircare and will be expanding into makeup in April. In the beauty sector, services and product have become increasingly entwined, with many traditional players focusing on experiential in-store services to stay competitive, or partnering with players like Glamsquad to spice up the in-store atmosphere. Retail Dive

Shoes of Prey, a 10-year-old digitally native shoe brand launched in Australia, is shutting down after a roughly seven-month pause in operation. The brand was built on the hope that personalization and customization would define the future of retail. In his post, Fox said that rang true early on for a niche customer who wanted to play a more active role in designing their own special product. But as the company scaled, including moving its headquarters to the U.S., partnering with Nordstrom and hiring 200 employees, it opened itself up to a more mass market fashion customer. Retail Dive

How Aging Clothing Brands Are Trying to Look Young Again 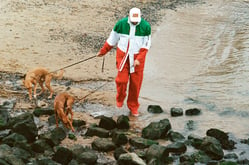