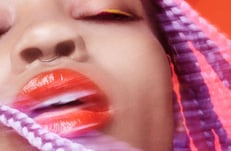 The beauty startup–known for helping women create an au naturale, no-makeup aesthetic–is launching an entirely new makeup brand called Glossier Play. The new line is all about creating bold, dramatic looks with four debut products (eyeliner, lip pen, highlighter, and glitter gel) that come in colors and textures like nothing we’ve seen from the brand so far. Glossier Play, for instance, came about because the company observed that customers were looking for color makeup to complement their Glossier basics. On Instagram, some users were tagging themselves in pictures featuring neutral Glossier makeup, along with a pop of colorful eyeshadow or a vibrant lipstick. All of this informed the company’s decision to create a line of highly pigmented makeup in playful colors, which became Glossier Play. Fast Company

Harry’s and Heyday partner on co-branded face mask for men
Harry’s, the digitally-native men’s grooming brand, and Heyday, a facial spa shop, are launching on Wednesday a co-branded face mask for men. This collaboration comes at a time when both Harry’s and Heyday have been rolling out new brands (like Harry’s female-centric Flamingo brand) and deepening their brand positioning. The new detoxifying and exfoliating mask is aimed at both broadening Harry’s grooming category beyond shaving products and serving as a testbed for Heyday’s own product line. Glossy

These days, sneakers aren’t just for the gym. They can be seen on red carpets, celebrity events and even in boardrooms. To capitalize on that ubiquity, footwear, apparel and accessories retailer Foot Locker has recently embarked on a number of investments and collaborations. Like the $100 million investment in sneaker platform Goat, a $12.5 million minority investment in children’s apparel company Rockets of Awesome, a $3 million stake in entertainment company Super Heroic, a $15 million investment in activewear brand Carbon38 and a $2 million investment in the Pensole Footwear Design Academy. WWD

At 21, Kylie Jenner Becomes The Youngest Self-Made Billionaire Ever

Fueled in part by the Ulta expansion, Kylie Cosmetics’ revenue climbed 9% last year to an estimated $360 million. With that kind of growth, and even using a conservative multiple from the booming makeup industry, Forbes estimates Jenner’s company is worth at least $900 million. She owns all of it. Add in the cash Jenner has already pulled from the profitable business, and the 21-year-old is now a billionaire, with an estimated fortune of $1 billion. She’s the youngest-ever self-made billionaire, reaching a ten-figure fortune at a younger age than even Mark Zuckerberg (who was 23 when he hit that mark). Forbes

At the SXSW activation, which is open to the public over the course of the weekend at West Elm’s 5th Street Austin store, attendees can shop a curated assortment of weather-appropriate apparel and accessories specifically designed for the conference, including designs from Brock Collection, Victoria Beckham and Reformation. Additionally, Rent the Runway’s 26 bundles of West Elm pillows, shams, throws, quilts and coverlets will be on display for the first time. To further drive Rent the Runway’s lifestyle expansion and point of view, hair and makeup styling appointments will be offered at the pop-up free of charge, as will cosmic readings. Glossy

An investor in Victoria's Secret parent L Brands is asking the company to consider splitting fragrance and personal care shop Bath & Body Works from the lingerie chain. In the letter, Barington Capital argues that improved merchandising and fresh branding would help the struggling Victoria's Secret brand. The hedge fund says Victoria's Secret was late to the athleisure trend and missed the shift toward bralettes and sports bras. CNBC

Calvin Klein is getting out of fashion. At least the trendsetting, wardrobe-shaping kind. The brand whose combination of sex appeal and minimal sportswear helped define American style for an international audience, and which was once a tent pole of the New York Fashion Week schedule, said that it would be closing its luxury collection business. The move comes three months after the departure of Calvin Klein’s chief creative officer, the Belgian designer Raf Simons, whose appointment had been announced with great fanfare in 2016 (and who had changed the name Collection to 205W39NYC, after the address of the brand’s headquarters). NY Times

Amazon to Shut All U.S. Pop-Up Stores as It Rethinks Physical Retail Strategy

Amazon is shutting down all 87 of its U.S. pop-up stores, ending the retailer’s yearslong experiment with these small shops as the company tinkers with an evolving bricks-and-mortar strategy. These shops typically occupy a few hundred square feet of space and showcase devices like voice-assistant speakers, tablets and Kindle e-readers. They feature staff, dressed casually in black Amazon T-shirts, who encourage passersby to sample the newest products. Amazon is expanding its bookstores as well as its so-called 4-star stores, which sell products rated four stars or higher by Amazon customers, “where we provide a more comprehensive customer experience and broader selection,” the spokeswoman said.  WSJ

The Grands Magasins of Paris Are Branching Out 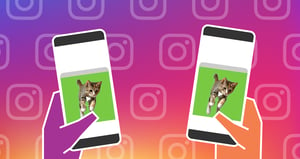 The next phase of social media is about hanging out together while apart. Rather than performing on a live stream or engaging with a video chat, Instagram may allow you to chill and watch videos together with a friend. Facebook already has Watch Party for group co-viewing, and in November we broke the news that Facebook Messenger’s code contains an unreleased “Watch Videos Together” feature. Now Instagram’s code reveals a “co-watch content” feature hidden inside Instagram Direct Messaging. Tech Crunch

Shoppable Ads on Google Image allows retailers to add a direct purchase feature so consumers can purchase a product — or several — without being redirected and right from the sponsored advertisement. The search giant is also bringing over Showcase Shoppable Ads, a feature that first landed on the text-based search engine and has so far nabbed business from thousands of advertisers across 17 countries. The idea behind these tools are to help retailers make it simple for consumers to buy at a key moment — while they’re in the “inspiration” phase. WWD 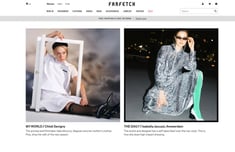 Farfetch is amping up its content proposal with its latest initiative, Farfetch Communities. The retailer has recruited the likes of Chloë Sevigny, Riz Ahmed, Adwoa Aboah and Blondey McCoy to be part of Farfetch Communities and create content on the platform in the form of curated shopping edits or the sharing of daily inspirations. The launch comes at a time when the online competition is growing and retailers are heavily investing in content to ensure that customers remain engaged, inspired and enthusiastic about shopping. WWD