Everybody’s standing a little farther apart — and falling. A day after President Donald Trump declared a 30-day travel ban that shut the door on Europe in hopes of slowing the spread of the coronavirus, Wall Street tanked again. And even the promise of $1.5 trillion in short-term funding from the Federal Reserve couldn’t stop the selling. The Dow Jones Industrial Average plummeted 2,352.60 points, or 10 percent, to 21,200.62, a massive drop that left stocks well into bear market territory and down 28.3 percent from their all-time high on Feb. 12.The selling marked the worst day since the crash of 1987 and was so fierce in New York that, for the second time in a week, it tripped a “circuit breaker” that temporarily halted trading.  WWD

After teasing its connected bike to rival Peloton last summer, SoulCycle today released official details about its own at-home offering. By and large, it looks very similar to Peloton’s: the bike will offer on-demand cycling classes that users can stream through a monthly content subscription via a digital platform called Variis. According to the specs, the bike will come with a 21.5-inch full HD screen, 4GB of RAM, and, interestingly, a G-sensor and NFC support. The footprint of the bike itself is a little bit longer than the Peloton bike, and it weighs about seven pounds more. However, it can support riders who weigh up to 350 pounds, where Peloton’s model recommends 300 pounds and lighter. The Verge 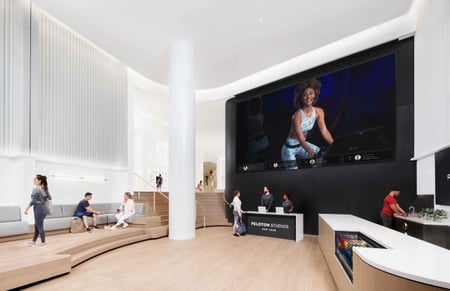 Peloton, the leader in at-home and interactive fitness programs, is opening its most ambitious in-person studio at Hudson Yards next week. The 35,000-square-foot location on 10th Avenue and 31st Street offers two floors of studio and multimedia space as well as a 1,000-square-foot store. In a pre-opening tour of the space on Thursday, John Foley, chief executive officer and cofounder, said the location cost $50 million to construct, five times the price the company paid to open its original studio on 23rd Street in New York in 2014. When the Hudson Yards location opens, Peloton will close its other two locations in New York City on 23rd Street and on Christopher Street. WWD

Last summer, Tyler Haney, the founder and chief executive of Outdoor Voices, appeared to be golden.But behind the scenes, Outdoor Voices was cracking. Store openings were delayed after leases were signed. A string of experienced executives, hired to professionalize the start-up, had abruptly left. An anonymous letter sent to the board of directors blamed Ms. Haney, now 31, for the exits and accused her of being “spoiled” and mercurial. The clothes were selling at discounts. The office in New York, where Outdoor Voices was based before it moved to Austin, Texas, would soon be shut down. NYT

As part of its efforts to improve traceability and working conditions in its supply chain, French luxury group Kering plans to establish its own hand embroidery workshop in India with the aim of supplying a significant part of the requirements of its brands. The owner of brands including Gucci, Saint Laurent and Balenciaga said India still relies partly on small local subcontractors which remain plagued by issues such as inadequate working conditions, including low wages and insufficient health and safety measures, despite ongoing efforts by industry players including Kering. WWD

Rihanna recently unveiled the Fenty Beauty TikTok House in Los Angeles, which fulfills her vision of providing the "next wave of content creators" with a space and set-up that will assist them in getting their ideas off the ground. "We are standing in the official first Fenty Beauty TikTok home," Rihanna said. "I just wanted to create a platform for the next wave of content creators. I think our generation is the sickest, the illest, the most creative. I can't do it alone, so to join in with the people who are influencing the world and my community and my generation, this is a hub." Complex 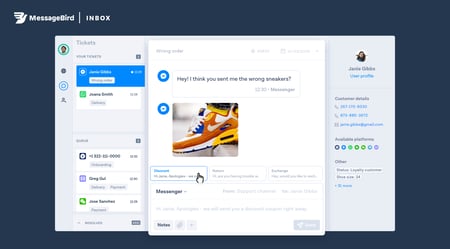 MessageBird, the Amsterdam-headquartered cloud communications platform backed by Accel in the U.S. and Europe’s Atomico, is unveiling another new product today, this time taking aim at the $350 billion customer service market. Dubbed Inbox.ai and positioned as “Slack for external communications,” the new product — which is to be offered largely for free — enables customers to communicate with businesses via practically any channel of their choosing. This includes WhatsApp, SMS, Voice, Messenger, Instagram, WeChat, Apple Business Chat, RCS, Line and Telegram — in a bid to meet customers on their own digital, “messaging-first” turf. In terms of message content, at launch there is already support for text, images, video, geolocation and more. Techcrunch

European on-demand food delivery startups are starting to add “contactless’ deliveries in response to the SARS-CoV-2 pandemic. Earlier this month U.S. startups, including Postmates and Instacart, added an option for customers to choose not to have their meal handed to them by the courier — and instead have it dropped off at their door without the need for human contact. In China similar services began adding contactless deliveries last month. Today U.K.-based Deliveroo said it will launch a no-contact drop-off option early next week. TechCrunch

Neiman Marcus on Wednesday announced a new strategy focused on "growing its luxury customer base and driving full-price selling," that includes closing most of its Last Call off-price stores by the first quarter of its fiscal year 2021. Some Last Call stores will remain open in order to sell residual Neiman Marcus inventory, per a company press release. The department store expects to eliminate 500 positions at Last Call over the next eight months. Neiman Marcus said it's also laying off 250 store employees not involved with selling, while "multiple new roles will be created to prioritize the focus on team and client development." Retail Dive