Here's our roundup of this week's top retail news. Two big deals in the Femtech space, Barneys says its not downsizing,The Great Fleece Freak-Out of 2019 and more!

A move into personal care products is another way Lululemon is broadening its efforts to become a lifestyle brand. The "selfcare" line currently includes deodorant, dry shampoo, basic balm and face moisturizer and will be available in the late spring, per the site. The retailer focused on product function, feel and format, and "gathered insights from athletes in our communities," during the research and development process, according to the product site. Retail Dive

Rent the Runway Offers Fashion for the Younger Set
Rent the Runway is giving mothers an opportunity dress their daughters in smaller versions of favorite brands such as Chloe Kids, Fendi Kids, Stella McCartney Kids, Little Marc Jacobs and Marni Kids, among others. Kids clothing, the fastest-growing apparel sector in the U.S., coupled with the fact that kids grow fast, made a strong case for Rent the Runway to extend the online rental platform’s services to girls’ sizes 3Y to 12Y. According to Hyman, Rent the Runway Kids represents the industry’s first extension into an alternative to ownership for children. The new offering will function as an extension to the current monthly subscription services, Unlimited and Reserve, which allow members to rent up to four pieces of clothing and accessories at a time for a set fee. WWD

Patagonia Is Cracking Down on the Wall Street Uniform

The outdoor gear maker won’t create the products for just anyone through its corporate sales program. Recently, Patagonia has shifted its focus to “mission-driven companies that prioritise the planet,” the company said in a statement late Tuesday. It has made gear for all kinds of companies in the past, from big banks to nonprofit organisations. Patagonia said it wants to add more companies that have the B Corp designation to its client list — businesses that meet certain environmental, social and transparency standards and are certified by a private organisation. Patagonia itself is a B Corp and some financial and technology firms also have that status. BoF 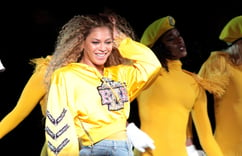 Adidas has forged a wide-ranging deal with Beyoncé for footwear, clothing and an Ivy Park relaunch, bringing a new power partnership to the industry. Both parties have high aspirations, suggested the German sportswear giant. The singer and actress will retain ownership of her company, said Adidas, which mentioned the importance of women in leadership, noting Beyoncé would continue “her journey as one of the first black women to be the sole owner of an ath-leisure brand.” WWD

Barneys New York is pushing back against reports that it wants to downsize the flagship at 660 Madison Avenue, between 60th and 61st Streets. “Barneys New York is committed to maintaining the footprint of its Madison Avenue flagship, and continuing to serve its customers within this iconic store,” the retailer said Tuesday. “There are no active conversations regarding the store’s footprint, and all statements indicating otherwise are false.” The retailer was reacting to recent published reports that it’s having discussions with landlord Ashkenazy Acquisition Corp., which owns the 275,000-square-foot building, to cut its footprint. The reason for the downsizing, according to the reports, is Barneys’ rent for the nine-floor flagship, an estimated $20 million to $30 million. With taxes and other expenses, the amount of $44 million was reported, which Barneys said is “incorrect.” WWD 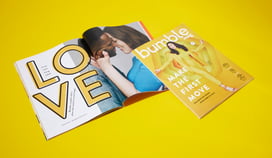 Bumble is the latest digital brand to try to extend its reach through a print publication. The dating app maker today announced the launch of Bumble Mag, a lifestyle publication it produced in partnership with Hearst that offers stories and advice about dating, careers, friendship and more to Bumble’s over 50 million users. For Bumble, the magazine offers the company a way to introduce its brand to new customers as well as extend its relationship with existing users out in the real world. This is part of Bumble’s larger efforts in developing an offline component to its business. The company also runs pop-ups, hosts events and has spoken of plans to launch more physical locations — “Hives,” in Bumble lingo — sometime this year. Tech Crunch

Friday is a big day for Ronnie Fieg. Not only is the owner of the buzzy Kith store opening his first international outpost in London’s Selfridges flagship, but he’s also introducing a new upscale collection with Russell Athletic. The 96-piece collection was created and manufactured by Fieg and draws on Russell’s 115-year heritage with a variety of colorful retro athletic styles for men and women. WWD