Macy’s in Early Talks to Put an Office Tower Atop Its NYC Flagship
Macy’s has held preliminary discussions with New York City officials about building a skyscraper on top of its flagship store in Manhattan’s Herald Square as the old-guard retailer seeks to unlock value from its real estate. The company has floated plans for a 1.2 million-square-foot (111,500-square-meter) office tower that would be used by other tenants, according to a person with knowledge of the matter. Macy’s probably would push for zoning changes around its property to allow for the 800-foot (244-meter) building, which would bring an estimated 6,000 additional people to the area, said the person, who asked not to be identified because the talks are private. BoF

Whether you call Coachella, the annual music festival that attracts a quarter of a million people to the California desert, the “Super Bowl of fashion” or the “Influencer Olympics,” the two-weekend occasion marks a lucrative opportunity for brands to capitalise not only on a captive audience, but also on the millions of people experiencing the festival digitally across the world. In the past, accessible fashion brands like Revolve and Fashion Nova have dominated the digital conversation, wooing dozens of influencers with free clothes or cash to unleash a torrent of social media posts that put the brands in front of millions of followers. But Coachella 2019 included an unusual entrant into the social media sweepstakes: While Revolve and Fashion Nova remain the two most popular fashion brands at the festival according to earned media value (the industry-favoured metric that puts a dollar amount on social media exposure), New York-based cult favourite brand Area placed third. And they didn’t spend a single penny to do it. BoF

Amazon 'morphing' free Prime two-day shipping to one day
Amazon is in the process of speeding up its free Prime two-day delivery to free shipping in one day for eligible items for Prime members, Chief Financial Officer Brian T. Olsavsky announced on a conference call with analysts Thursday. The company is investing $800 million to get that done, which will happen this year. Olsavsky didn't say whether the transition to free one-day Prime shipping would be complete by the holidays. The change doesn't reflect any move on Amazon's part to shift away from the U.S. Postal Service, UPS, FedEx or other shippers to use its own shipping infrastructure, he said. "We’re going to be using all the levers we’re using now," he said. "We’re definitely going to be needing the continued support of our partners." Retail Dive

Ruyi to Seek $500 Million US IPO for Lycra Unit

Ruyi Group has started preparing an initial public offering for The Lycra Co., months after acquiring the maker of the elastic material used in jeans and yoga pants, people familiar with the matter said. The Chinese group is working with Goldman Sachs as it explores the potential deal, which could raise about $500 million, according to the people. It aims to sell shares in Lycra as soon as this year and is considering the US as a listing venue, the people said, asking not to be identified because the information is private. BoF

Hermès of Paris’ third-highest volume store in the U.S. just got bigger in size and scope. The unit at Royal Hawaiian Center in Waikiki ranks only behind the Hermès stores on Manhattan’s Madison Avenue, and Rodeo Drive in Beverly Hills. Hermès said the expansion is a sign of its strong confidence in the Hawaiian market, where the brand has long had a foothold and has developed a deep understanding of its customers. WWD

Fabletics is flexing its retail muscle in New York. On April 27, the El Segundo, Calif.-based activewear line cofounded in 2013 by actress Kate Hudson and part of the TechStyle Fashion Group opens it first physical store at 577 Broadway in Manhattan. In addition to offering the digital-first brand’s full range of activewear, the 2,743-square-foot SoHo pop-up will have several interactive features to bring its active lifestyle to life, including an Instagram-ready mini boxing ring with custom gloves, and medicine ball installation for on-the-spot crunches. WWD

American fast-fashion company Forever 21 is shutting its Chinese online stores, as well as third-party sales channels on Tmall and JD.com, the retailer said on Thursday. Its official site’s landing page said Forever 21 will no longer provide service after April 29, member points will be cleared and returns will be accepted until May 30. Local press reported that three stores in Shanghai are discounting heavily, including its flagship on Nanjing East Road, next to the Edition Hotel. “Seventy-five percent off and buy one get one free,” said in the store. Its Shenzhen store is due to close on April 30 as well. Forever 21 entered the Chinese market in 2008 but left shortly after and re-entered in 2011 and opened its online store on Tmall, Alibaba’s business-to-consumer platform. WWD

After a successful holiday capsule collection in 2016, Reformation plans to start selling Net-a-porter, effective today. Reformation, whose only other wholesale partnership is with Nordstrom, is known for its sustainable fashion. Reformation has 13 stores in New York, California, Florida, Massachusetts and Washington, D.C., with a pop-up planned for East Hampton this summer. Net-a-porter will offer Reformation’s 11 signature styles, retailing from $98 to $268, in various exclusive colorways and sustainable fabrics. The offering includes linen dresses, snakeskin skirts and wide-leg pants. New items will be introduced on the site on a monthly basis. This is a long-term, permanent partnership. WWD 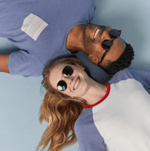 The average American throws out 80 pounds of textile waste a year, according to World Wear Project. And to help mitigate negative impacts stemming from that waste, retro-inspired California lifestyle brand Marine Layer today announced the launch of Re-Spun, its first capsule collection of men’s and women’s shirts created entirely from upcycled consumer T-shirts. The collection will be available for purchase on April 28. Marine Layer said it has collected more than 75,000 shirts from consumers — the company collects shirts in its stores or online, and offers prepaid mailers — to create its Re-Spun capsule, which includes an impressive waterless manufacturing process that results in buttery soft 100 percent recycled shirts. Prices range from $52 to $92 per piece. WWD

Ira Neimark, who rose from a starry-eyed page boy at Bonwit Teller during the Depression to the dapper chief executive officer of Bergdorf Goodman from 1975 to 1992, died Thursday evening at his home in Harrison, N.Y. of natural causes. He was 97. WWD