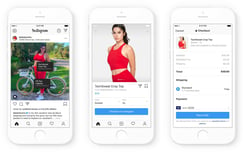 Starting in beta on 9 May, users will be able to purchase products featured in some influencer posts without leaving Instagram. An estimated 80 per cent of fashion, luxury and beauty brands work with influencers. An influx of transaction data will change who and how brands work with them. E-commerce isn’t seen as a major new revenue stream for the company. Rather, showing Instagram drives sales is designed to bolster its $9 billion advertising business. Vogue Business

Marriott is launching a home-sharing product in the US

Airbnb is about to face some more competition in the U.S. with Marriott’s reported entrance into the home-sharing business. On the heels of a successful home-sharing pilot in Europe, Marriott is gearing up to launch a home rentals product in the U.S. Called Homes & Villas, the service will offer 2,000 premium and luxury homes throughout the U.S., Europe, the Caribbean and Latin America. While Marriott is the largest hotel operator, with 1.29 million guest rooms around the globe, according to STR, Airbnb is the largest room provider, with 4.92 million listings on its platform, according to AirDNA. Unlike Airbnb, Marriott will solely focus on high-end homes that are managed by property management companies. Tech Crunch

Petsmart's Chewy plots an IPO
Chewy, Inc. on Monday announced the filing of Form S-1 with the U.S. Securities and Exchange Commission, indicating plans for an initial public offering of its Class A common stock, under the ticker symbol "CHWY." Petsmart, which bought the online pet retailer in 2017 for $3.35 billion, will retain control of the company through ownership of what will be Class B common stock. Chewy hasn't managed to eke out a profit yet, but the e-retailer has been among the few that have managed to give Amazon a run for its money even in a space where the e-commerce giant has been assertive, with private label pet food and items of its own. Retail Dive 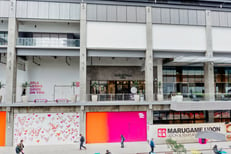 Nordstrom waited decades to expand in Manhattan, but now it’s making up for lost time. It introduced its men’s store last year and is opening a seven-story flagship store this fall. In September, it will open two small Nordstrom outposts in New York, in the West Village and on the Upper East Side, as part of its new Nordstrom Local chain, the retailer announced Wednesday. The two smaller stores will not carry merchandise. Rather, they will be hubs for online pickups and returns, as well as services like tailoring and personal styling. The company’s research showed that many Manhattanites don’t particularly want to leave their neighborhoods if they can help it, a crucial reason for adding the hubs. NY Times

DSW to Rebrand in Shift to More In-House Lines
DSW, now called Designer Brands, will operate retail stores under the DSW Designer Shoe Warehouse, The Shoe Company and Shoe Warehouse banners and will produce items under Camuto Group, which it bought in November. The Columbus, Ohio, company currently operates nearly 1,000 retail locations. While this move would mean competing with vendors it has typically provided shelf space for, the company has maintained it will also allow it to push competition on cost and quality. WSJ 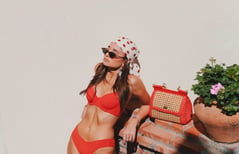 Onia launched its fourth collaboration with Danielle Bernstein, founder of the blog We Wore What and is planning future collections that will instead launch under Bernstein’s own label. The swimwear brand and influencer began a working relationship a few years ago when Onia cofounder Nathan Romano noticed an increase in sales whenever Bernstein posted about his brand. The pair has since launched four in-demand collections, the latest of which sold $1 million worth of product in just three hours. WWD

Neiman Marcus Group Considering Selling Mytheresa
The Neiman Marcus Group, in another maneuver to fix its debt-laden capital structure and focus on core businesses, is considering selling Mytheresa, the Munich-based luxury web site purchased by the company four-and-a-half years ago. Neiman’s purchased the Mytheresa.com online luxury business in September 2014 from founders Christoph and Susanne Botschen and Acton Capital Partners. NMG also acquired the Mytheresa flagship store, located in the heart of Munich, from the Botschen family. A deal would help Neiman’s shore up its balance sheet, and allow management to focus more and spend more on its Neiman Marcus, Bergdorf Goodman, Neiman Marcus Last Call and Horchow operations. WWD

It was not clear on Monday if Ms. Aden would be the first Muslim model to appear in the swimsuit issue, which has been published for decades. But the magazine said she would be the first Muslim model to appear wearing a burkini, a full-body swimsuit worn by some observant Muslim women. Somali-American model Halima Aden will be the first woman to wear a hijab and burkini in the Sports Illustrated swimsuit issue, an annual edition perhaps best known for its pictures of bikini-clad models frolicking on the beach, the magazine said Monday. NY Times