Here's TRAUB's roundup of recent retail news. J.C Penney in talks with lenders to secure $450M in financing for a possible bankruptcy, Twilio tapped for ZocDoc's expansion into telehealth video consultations, Vogue and CFDA to set up shop on Amazon, and more. This week, Traub and Crosswalk also hosted the third edition of the 'Analyzing the Quarantined Consumer' webinar. To download the full report, please visit this link.

J.C. Penney in Talks with Lenders to Secure $450M  in Financing for a Possible Bankruptcy

J.C. Penney is in talks with its first lien lenders to secure $450 million in financing for a possible bankruptcy that would require the troubled retailer to hit certain goals to receive the second half of it, people familiar with the situation tell CNBC. According to one option being discussed, J.C. Penney would be able to draw $225 million on day one, and then have to hit certain milestones in order to obtain the second half of the loan. The structure, while not rare, helps protect J.C Penney’s lenders if the business falls apart this summer, because shoppers don’t show up, the coronavirus returns, or both. CNBC 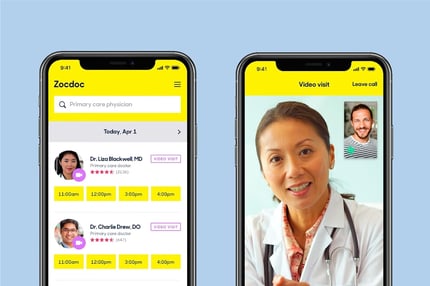 Twilio’s video player will be used as the backbone for the new video consultation service that Zocdoc is launching for its customers today, the two companies said in a statement. As the COVID-19 epidemic reshapes healthcare in the U.S. more service providers are going remote with the delivery of healthcare consultations and encouraging entire generations of consumers to make the switch to virtual care. Like other video services (notably Zoom), usage of Twilio’s video services has surged. The company said it has seen an over 850 percent increase in peak concurrent participants on its video product and a more than 500 percent increase in daily video minutes. Healthcare customers have boosted their bandwidth on the platform by 90 percent, the company said. Engadget

Vogue and the CFDA Set Up Shop on Amazon

Amazon is taking a Vogue-sanctioned step into designer fashion. The online retailer is setting up a shop with the American magazine and the Council of Fashion Designers of America that will sell items from 20 independent designers, including Phillip Lim 3.1, Derek Lam and Tabitha Simmons. The e-commerce hub will be branded Common Threads, referencing Vogue and the CFDA’s A Common Thread fund, set up to help designers struggling amid the pandemic. It will be merchandised by Vogue and Amazon's fashion division, which also donated $500,000 to the fund. The hope is that struggling designers can benefit from Amazon’s success during the pandemic. The crisis has slashed fashion shopping, with analysts saying luxury spending is down by one-third or more. BoF 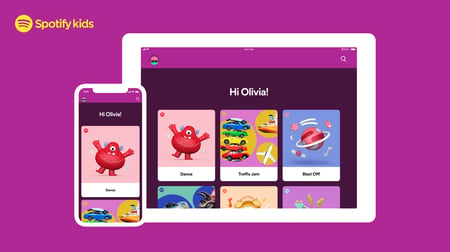 Spotify is expanding the capabilities of its parental controls on its Spotify Kids app, aimed at children ages 3 and up on a parent’s Spotify Premium Family plan. Before, parents could only select whether the child was directed to the experience for younger or older children. Now, they’ll be able to specifically block content from their child’s account when accessing the child’s listening history. These features had been hinted at when Spotify Kids made its U.S. debut in March. At the time, Spotify said it heard from parents testing the app in other markets how they wanted to have even more control over the app’s included content. Though the company didn’t detail its plans then, it did say new features would involve allowing parents making more specific choices over what their child could stream. TechCrunch

Houseparty Expands Beyond Video Chat With Co-Watching of Live Events

Houseparty, the video chat app that’s seen a surge of growth during quarantine, is preparing to expand its service in a new direction: co-watching live video with friends. The company on Friday will launch its first experiential event series called In the House, which will feature more than 40 celebrities who will dance, talk, cook, sing, workout and more over the course of three days. Viewers of the event will be able to sing and dance with Alicia Keys and DaBaby; cook with Bad Bunny, José Andrés and Christina Tosi; work out with Cam Newton and Terry Crews; and dance with Derek Hough and Addison Rae, for example. Newer additions who were just confirmed this afternoon include Katy Perry, John Legend, David Blaine, Lindsey Harrod, Gabi Butler, Snoop Dogg, CHVRCHES and Dua Lipa. TechCrunch

Twitter employees will be allowed to work from home permanently, even after the COVID-19 pandemic recedes, CEO Jack Dorsey said in an email to staff Tuesday. While some jobs that involve in-person operations, such as server maintenance, will still require workers to come in, employees in roles that can be done remotely can choose whether or not they would like to return to the office, Buzzfeed News first reported. Fast Company

H&M and Footlocker Are Overhauling How You Stand in Line

Retail stores are starting to open in some states—but that doesn’t mean your shopping experience will be the same. Philips Professional Display Solutions, a branch of the company behind everything from refrigerators to toothbrushes, has designed a line management system called PeopleCount for stores to use after reopening. If you’ve been through the checkout line at a busy Whole Foods, which uses screens to tell you what register to go to, the experience might feel familiar. But this design has another purpose: It determines who can even come in the door. Fast Company