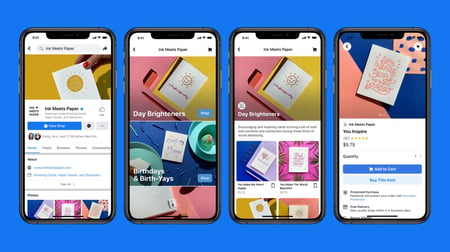 Starting May 19th, you’ll be able to browse and buy products directly from a business’ Facebook Page or Instagram profile. Both Facebook and Instagram already supported a degree of e-commerce — for example, Facebook has its Marketplace and will likely make a bigger push through its Libra cryptocurrency initiative, while Instagram allows users to buy products featured in posts and ads. But the company’s new tools go further, enabling businesses to create a full-fledged Facebook Shop. TechCrunch

Nordstrom Inc. will close its three high-end Jeffrey fashion boutiques and announced the departure of its fashion director for designer goods. Jeffrey Kalinsky, who joined Nordstrom in 2005 and subsequently led its merchandising across all designer categories, will retire, the company said in a statement. The department-store operator also said that the decision to close the stores in New York, Atlanta and Palo Alto was to ensure that the company has the “right footprint” of physical locations as it navigates the coronavirus pandemic that has kept much of US retail paused for the past two months. Earlier this month, Nordstrom said it would close 16 of its full-line shops, more than 10 percent of its department store network. BoF

Roku has added CoComelon, the world’s most watched YouTube channel, to its fast-growing Roku Channel. The streaming deal with Treasure Studio takes CoComelon beyond YouTube for the first time. The brand delivers songs and videos that help preschoolers learn basics like letters, numbers, animal sounds and colors. It is known for “Bath Song,” “Wheels on the Bus,” “Baby Shark Submarine” and other numbers that were in heavy rotation in many households even before COVID-19. Deadline 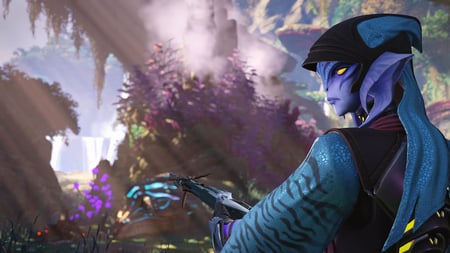 Amazon enters the crowded games industry in full force Wednesday with its release of Crucible, the first big-budget PC game to come from Amazon Game Studios. Crucible is a promising mainstream introduction for the eight-year-old studio, which until now has had a large question mark hanging over its head.Crucible is a third-person team shooter that takes place on a large junglelike planet in a sci-fi future. As one of a diverse cast of heroes called “hunters,” players mine resources from reptilian monsters and go head to head to capture points in their choice of three competitive modes. In a preview session hosted by Amazon Game Studios earlier this month, WIRED spent three hours playing the game and interviewing its designers. In that initial session, Crucible felt like a charming, competitive strategy shooter thoughtfully designed to incorporate the most lovable qualities of today’s top multiplayer games. (WIRED will publish a full review of Crucible once its servers are public.) Wired

Amazon is joining India’s online food delivery market just as top local players Swiggy and Zomato reduce their workforce to steer through the coronavirus pandemic and months after Uber Eats’ exit from the nation. The e-commerce giant, which has invested more than $6.5 billion in India, today launched its food delivery service, called Amazon Food, in select parts of Bangalore. The company had originally planned to launch the service in India last year, which it then moved to March but pushed it further amid the nationwide stay-at-home order the Indian government issued in late March. TechCrunch 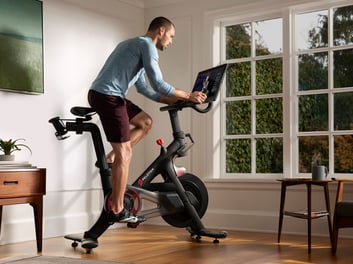 Peloton CEO John Foley confirmed in a recent interview with Time that the company is looking to offer a cheaper version of its $2,000 bike in a bid to reach more customers. "We want to make our products even more affordable than they are today," Foley said, adding that its bike currently costs just over $2,000 and can be paid for in interest-free installments of $58 per month for 39 months. If two people are using the bike, for example, this works out as $29 each. "If we can get those monthly payments down, we can really open it up. And we want everyone in every socioeconomic class to be able to afford Peloton. That's a big focus for us in the coming years," he said. Business Insider

Home goods retailer Pier 1 Imports said Tuesday it is seeking bankruptcy court approval to wind down its business entirely after it was not able to find a buyer due to the coronavirus pandemic. The company said in a press release that it plans to sell its inventory and remaining assets, including its intellectual property and online operations. Pier 1 said it will commence the winding down of its business “as soon as reasonably possible,” once its stores are able to reopen to liquidate. NBC