Amazon Introduces 'The Drop" Featuring Limited Edition Collections Designed by Global Influencers
Coming "soon" is "The Drop" — not to be confused with the streetwear-heavy Barneys program of the same name — an influencer-lead initiative which will give customers limited-edition, "street style-inspired" collections from global bloggers and social media famous folks. Designs from "The Drop" will be available internationally for only 30 hours, which the homepage of "The Drop" promises will mean less waste as things are only made to order. If you miss out on a drop on "The Drop," there will also be "Staples by The Drop," a line of basic items to layer in with those limited-edition pieces. Fashionista

Urban Outfitters to Start Renting Clothes
Urban outfitters is jumping into clothing rental,trying to tap one of the fastest-growing areas of fashion without discouraging shoppers from visiting stores. The company is ready to launch this summer an $88 monthly service that allows consumers to borrow six items from those brands and outside labels like Gal Meets Glam and Reebok, as well as vintage pieces sourced from flea markets and dealers which will arrive with a reusable bag and a prepaid postage label. They must keep the clothes for a full month, then return them to obtain six more. The new business, called Nuuly will be run as a separate entity. WSJ 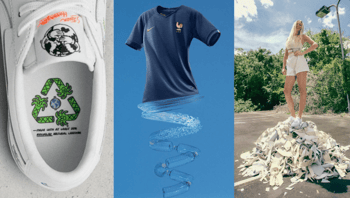 Nike is launching a guide to sustainability for brands–get it here
Nike recently partnered with Central Saint Martins to create a manual for designers that lays out the principles of circular design, along with case studies from companies that have done groundbreaking work on these fronts. Some of these examples come from Nike itself, but many come from other brands, including Patagonia, Outerknown, For Days, and Eileen Fisher. Nike’s guide is deliberately formatted as a kind of textbook. It details each principle, shows how it plays out in a case study, then presents some open-ended questions for discussion. It lays out 10 principles that take you through the entire life of a product, including elements like picking low-impact materials, designing with recyclability in mind, minimizing waste in manufacturing, prolonging the lifetime of a product through repair and durable construction, and using more thoughtful packaging. Fast Company

Nordstrom is inching toward opening its first department store for women in New York this Fall. Nordstrom announced the opening date for women’s store, the grand opening will be Oct. 24 for the more than 300,000- square-foot space. Nordstrom’s new women’s shop is going to be the largest single project investment in the company’s history. In addition to selling high-end apparel and
footwear, it’s expected to be a sought-out dining destination, with a slew of eateries and coffee bars throughout. CNBC

Topshop Operator Arcadia Group Files for Bankruptcy in the U.S
Arcadia Group, a London-based fast-fashion retailer and operator of the Topshop and Topman brands, filed for bankruptcy in the US. The company is facing an increasing switch from in-store to online shopping and an aggressive discounting environment as retailers compete to customers and high levels of product returns.The group plans to exit US operations and to begin liquidating inventory in its Us stores as soon as this weekend. WSJ

The Suitcase brand Away wants to open up 50 stores
Having $100 million in the bank and a newly minted unicorn valuation of $1.4 billion,the fast-growing, direct-to-consumer suitcase brand, Away decided to cement its status as a brand. Their decision includes further expanding its retail footprint to 50 stores over the next three years. However, unlike traditional retailers Away can use retail as a means of expanding the brand experience, as opposed to just a selling channel, industry experts say. Away plans to expand its international business beyond the 39 countries where its products are currently available, growing it ten times over the three years. ADWEEK 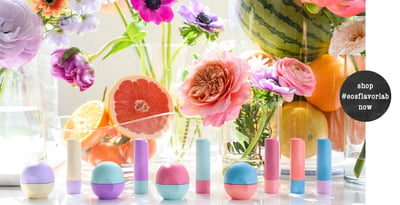 Eos lip leans on influencer collaborations for its newest collection
In an effort to elevate the development and communications of a inaugural collection of lip products called Flavor Lab which features six flavors like Lychee Martini and Watermelon Frose, Eos has decided to work with influencers to co-create products for the first time.  Glossy

Dressbarn closing all 650 Stores
The parent company for the fashion retailer Dressbarn said this week that they would close all of their approximately 650 stores. Mr.Muto, the chief executive of Ascena Retail Group, wrote a letter to customers about the news and thanked them for 57 years of loyalty. Mr.Muto did not share a specific timeline for the closings,he said there would be no changes to the current return,refund or gift card policies or loyalty reward programs. The NY Times