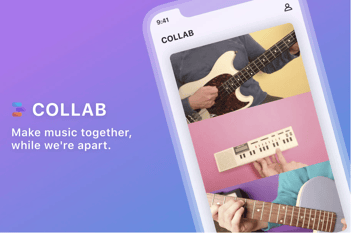 Facebook’s experimental app division has a new product out today called Collab that promises to deliver a new approach to collaborative music making. The app, launching as an invite-only beta on iOS, is from Facebook’s NPE division (short for new product experimentation). If it already in that brief description sounds like another swing at the cultural and creative juggernaut that is TikTok, that’s because it is. Collab’s primary pitch is that you can create short-form videos split into three simultaneous sources, so you can perform a single song by playing three different instruments and stitching it all together. Or you and one or two other friends can collaborate together by each supplying one of three parts. The Verge 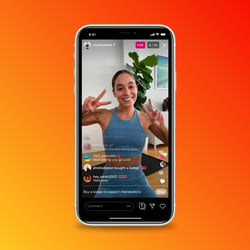 Instagram today is launching new tools that enable video creators to make money, including badges that viewers can purchase during Instagram Live videos and the introduction of IGTV ads. Both launches are considered a test, as the company is limiting the features’ availability during its experimentation phase, it says. Badges will give viewers a way to support their favorite creators while also standing out in the comments, similar to efforts on other live video platforms, like YouTube and Twitch. There will be different “heart” badges viewers can choose from, offered at price points of $0.99 for one heart, $1.99 for two hearts or $4.99 for three hearts. Viewers can only buy one badge during a live video. TechCrunch

Amazon may be preparing to make a big move into the self-driving vehicle world as the logistics giant is said to be in “advanced” talks to acquire Zoox, a stealthy developer of robotaxi technology, according to the Wall Street Journal. Along with Amazon, other interested parties are considering offers for the Silicon Valley startup, a person familiar with the matter tells Forbes. The purchase terms would value Zoox below its estimated market value of $3.2 billion, a level attained after its last funding round, the Jounal said, citing people familiar with the matter. There’s no final agreement yet, and the timing of when a deal could happen isn’t clear, according to Forbes’ source. Some Zoox investors are hopeful the company, which seeks to build both its own fleet of robotaxis and the technology that operates them, can remain independent, the person tells Forbes. The Foster City, California-based company said in an e-mailed statement that “as a matter of policy, Zoox doesn’t comment on rumors or speculation.” Amazon also declined to comment on the report. Forbes 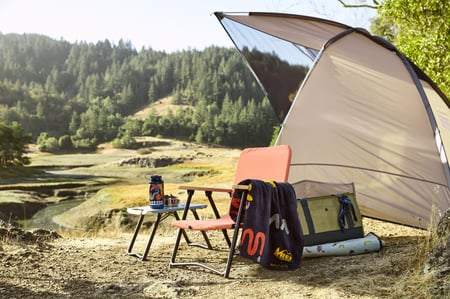 Outdoor specialty retailer REI Co-op and global design company West Elm today announce a retail partnership to offer a co-curated collection of REI x West Elm lifestyle products aimed at helping people feel at home, outdoors. REI Co-op and West Elm came together a year ago with a shared commitment to designing consciously made, quality products that invite people to enjoy the comforts of home while exploring outside - whether close to home or in the greater outdoors. The introductory assortment combines REI Co-op's 82 years of trusted outdoor-gear expertise with West Elm's original, modern design aesthetic to offer customers durable, approachable and comfortable outdoor product solutions. The collection of 35 products, most under $60, is available today on REI.com/westelm and Westelm.com/REI, marking the first time REI Co-op will sell gear through another retailer. "Our customers enjoy the outdoors in a variety of ways – from running, riding and hiking, to simply sharing a meal and a moment of relaxation outside," said Paul Calandrella, REI general merchandising manager for camp products. "We love the opportunity to partner with a brand that not only aligns with our values, but also shares our passion for curating great outdoor experiences. Working with West Elm introduces new creative territory to consider, and we hope this inspires more people to join us outside, even if it's just day camping in their backyard." PRNewswire

Gucci's creative director Alessandro Michele has announced that the brand is permanently abandoning the traditional fashion calendar as the industry rethinks how it operates in the light of Covid-19.
By desegregating menswear and womenswear, and shunning mid-season collections, the Italian luxury label will reduce the number of yearly shows it stages from five to two. In a series of diary entries titled "Notes from the Silence," posted to Michele's Instagram account Sunday, the designer said he intended to "abandon the worn-out ritual of seasonalities and shows" in order to "regain a new cadence." "We will meet just twice a year, to share the chapters of a new story," he wrote, adding: "I would like to leave behind the paraphernalia of leitmotifs that colonized our prior world: cruise, pre-fall, spring-summer, fall-winter. I think these are stale and underfed words." CNN

Tommy Hilfiger has brought his spring collections directly to the consumer. The company, which is owned by PVH Corp., broadcasted its first live-stream shopping event in Europe and North America today, using its “see-now-buy-now” philosophy. The live selling event builds on the next generation’s increasing desire for more social and interactive digital shopping experiences. The 30-minute live-stream took place several minutes after 1 p.m., EST (after some technical issues) and 7 p.m. CEST, on tommy.com, and is available for replay for two weeks. “Over the past 35 years, engaging with consumers by creating experiences that surprises and excites them has been at the core of what we do,” Tommy Hilfiger said. “Today we must push our ‘see-now-buy-now’ philosophy even further to stay relevant with where, when and how consumers want to experience fashion.” WWD