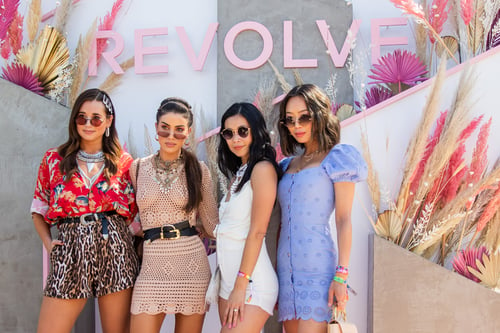 Online Retail Giant Revolve Group's IPO Puts Its Market Value at $1.2 Billion USD
Online fashion retail giant Revolve Group has announced its plans to raise $211.7 million USD in an upcoming initial public offering. The California-based company will be offering 11.76 million shares priced between $16-$18 USD per share, consisting of 2.94 million class A common stock from the company and 8.82 million stocks from its shareholders.Its filing with the Securities and Exchange Commission reported a net income of $5 million in USD in 2017, a $3 million USD increase from the $2 million USD net income in 2016. Over the past 12 months, the company recorded a whopping $523 million USD in sales, with approximately 7.3 million unique visitors per month, who on average spend $304 USD per order.  HYPEBEAST

Knot Standard Expands Shop in Bloomingdale’s Flagship
Knot Standard has upped its visibility at Bloomingdale’s.The men’s custom clothing brand has expanded its footprint at the department store’s 59th Street flagship, adding 20 percent more square footage and installing a Style Wall intended to enhance and personalize the shopping experience. The Style Wall is a voice-activated, life-sized, digital design tool that can bring a customer’s order history, shopping preferences, personal interests and stylist recommendations into the physical space.Knot Standard has used the tool in its showrooms, but this is the first time it is available at Bloomingdale’s. WWD 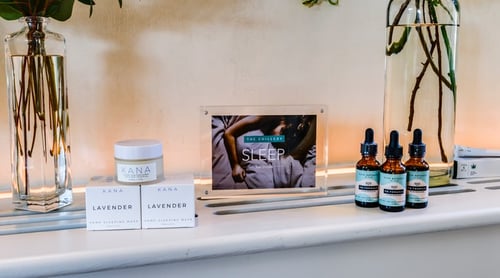 Europe’s First Luxury CBD E-Commerce Site Launches
The Chillery aims to bring high-quality CBD products, for everything from beauty to sleep to intimacy, to the European market. In the US, retailers are vying to be the next Net-a-Porter or Saks Fifth Avenue of the rapidly growing market for beauty and wellness products made with cannabidiol, commonly known as CBD. European consumers have been slower to embrace the substance. That may be starting to change. This week marks the launch of The Chillery, the first luxury e-commerce site specialising in CBD beauty products. BOF

Abercrombie Blames Mall Woes for Slow Sales
Investors punished Abercrombie & Fitch after the apparel chain reported slower sales gains and gave a weak outlook. Executives at the company, which also owns the Hollister surf brand, warned that visits to U.S. malls have been disappointing this spring and the company was anticipating a promotional pricing environment this summer as stores look to move unsold clothes. Shares of the company, which traded above $30 in April, fell 26% to close at $18.39 Wednesday. WSJ

J.Crew to shutter 20 flagship, outlet stores
J.Crew Group reported that total quarter revenue rose 7% to $578.5 million. The company’s Madewell sales rose 15% to $132.9 million while flagship J.Crew fell 4% to $376.1 million, according to a company press release. While Madewell’s growth has slowed, as seen in its same-store sales metric which last year surged 31%, the brand remains the company’s beacon of hope.Executives said they will continue to rationalize its footprint, with plans to close about 20 J.Crew and factory stores.  Retail Dive

The long, slow fall of Lord and Taylor

The world of department stores is facing rough seas. One company that has been hit particularly hard is Hudson’s Bay Company, the Canadian owner of retailers including Saks Fifth Avenue that announced plans earlier this month to sell the floundering Lord & Taylor brand. According to HBC, it is actively pursuing a sale or merger, but there has been no indication that another company is interested in buying it. Glossy

Lands’ End to take final steps away from Sears
As it exits store-within-a-store locations, the apparel retailer previously announced plans to open 40 to 60 owned stores in the next several years. Lands’ End is approaching its final steps away from Sears stores. In the most recent earning results, Lands’ End reported that it exited 125 Sears locations by the end of the fourth quarter. James Gooch, the company’s COO and CFO, told analysts on a call regarding earnings that Lands’ End remains in just 40 Sears locations. Retail Dive