Neiman Marcus Group began its long-anticipated bankruptcy proceedings on Thursday as the coronavirus shutdown sped up the retailer’s cash crunch, which has been building for years.The luxury retailer filed for Chapter 11 in the U.S. Bankruptcy Court for the Southern District of Texas having lined up $675 million in debtor-in-possession financing and a binding restructuring agreement with lenders holding over two-thirds of the company’s outstanding debt. The filing follows the department store’s evident liquidity troubles, as it missed interest payments on bonds. WWD

Brookfield Aims to Invest $5 Billion to Shore Up Troubled Retailers

Mall owner Brookfield Asset Management Inc. plans to devote $5 billion to shoring up retailers hit by the coronavirus pandemic, a bet on a beaten-down sector that could also help keep its rent payments rolling in. The initiative will be aimed at taking noncontrolling stakes in retail businesses with prepandemic revenue of $250 million or more whose sales have plummeted as stores have been forced to close and consumers have remained on lockdown. WSJ

Sotheby’s is teaming with Google to host an online charity auction of virtual experiences, bringing together some of the most prominent industry figures in the worlds of fashion, film, art and public affairs. You can get a personal makeup brush-along with Charlotte Tilbury, who will also be creating a personalized makeup look for the highest bidder; styling tips and a private office tour with Sir Paul Smith; a song recording session with Sting; virtual coffee with Hillary Clinton; or an acting lesson with Sir Patrick Steward — all taking place via the Google Meets video calling platform. “With COVID-19 impacting the way we live, work, learn and socialize, the need for secure video meetings to foster human connection has never been greater,” said Javier Soltero, G Suite vice president and general manager for Google. WWD

Retail trend hunters have a new way to learn what categories people are searching during the coronavirus pandemic, thanks to a new interactive tool released by Google on Thursday. According to the search giant, Rising Retail Categories homes in on the top product searches to help retailers make data-driven business decisions. The project comes from Think With Google, the tech company’s trend-focused data team.“Since COVID-19 began, we’ve heard from our retail and brand manufacturing partners that they’re hungry for more insights on how consumer interests are changing, given fluctuations in consumer demand,” product manager Pallavi Naresh wrote on the search giant’s blog. “We see these changes reflected in how people are searching on Google.” WWD

It’s no secret that visual discovery is an incredibly powerful tool for independent businesses to promote their brands and help shoppers find their products. Today, Pinterest is launching a new Shopify channel to make it easier for merchants to attract new customers and grow sales. The Pinterest community has high shopping intent, with over 80% of weekly pinners having made a purchase based on a pin they liked. The new channel will allow U.S. and Canadian merchants to tap into this audience to seamlessly turn existing products from their store into “Product Pins” on Pinterest, as well as add a shop tab to their profile on Pinterest, for free organic promotion. Shopify merchants can also promote their pins as a paid ad, bringing customers directly into their brand’s online store for purchase. The Pinterest channel adds to the growing list of tools already available within Shopify Marketing, making it easy for merchants to manage all of their marketing in one place within Shopify. Shopify 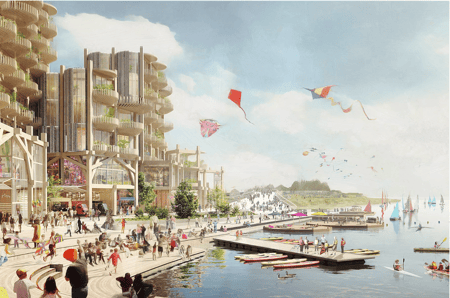 Sidewalk Labs, Alphabet’s smart city subsidiary, is walking away from its ambitious plan to transform a slice of Toronto’s waterfront into a high-tech utopia. The plan, which was projected to cost over a billion dollars and has been under development for over two years, had run into community opposition from local residents who objected to the company’s high-tech, sensor-laden vision for the city’s waterfront.At one point, Sidewalk Labs’ plan was to spend $1.3 billion on mass timber housing, heated and illuminated sidewalks, public Wi-Fi, and, of course, a host of cameras and other sensors to monitor traffic and street life. Residents objected to the company’s approach to privacy and intellectual property. The Verge 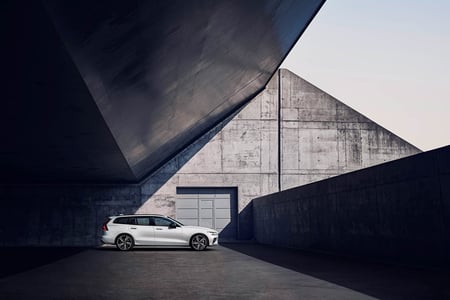 If any automaker has made its name synonymous with safety, it’s Volvo. The Swedish outfit’s marketing department deserves some credit there, for sure, but they’ve got good stuff to work with. Over the decades, Volvo has led the industry with three-point seat belts, rear-facing child seats, blind-spot monitoring systems, and more. Now it’s once again in the vanguard, announcing Wednesday that it will be the first automaker to use a lidar laser vision system to enable what it calls “fully autonomous highway driving” in its cars, starting in 2022. That news is the result of a deal with Luminar, the eight-year-old lidar company helmed by 25-year-old Austin Russell. Instead of the sort of spinning gumdrop setup used by Waymo, Cruise, Argo, and others making self-driving cars for use in taxi or delivery fleets, Luminar’s lidar is about the size of a VCR tape and fits sleekly into the car’s roof, just above the windshield. Wired 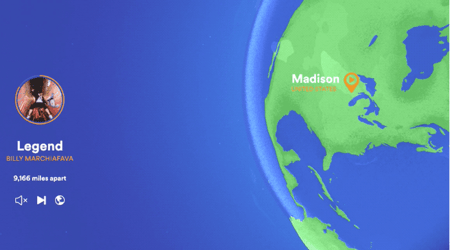 Spotify itself says that every second, more than 30,000 people are pressing play on the same song. Today, the platform is launching a new site called “Listening Together,” which visualizes these instances, showing us where these simultaneous listeners are, in real time. “By sharing how we are listening and making it easy for others to see the songs others are streaming at the same time,” says Alexandra Tanguay, VP of global brand at Spotify, “we’ll not only surface the content recommendations we are all looking for [but] we’ll also establish a sense of connection and the togetherness that we all need right now.” The concept started as an experiment in 2014, when a media artist, Kyle McDonald, had the idea of finding the “serendipity” of two listeners pressing play on the same song within milliseconds of each other. Fast Company