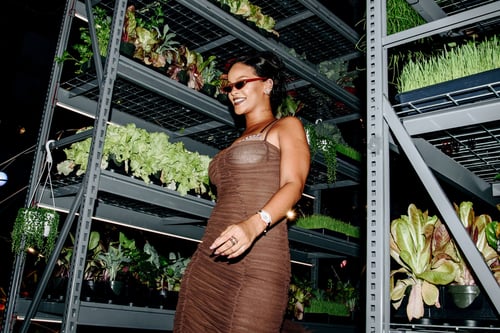 Rihanna, Breaking New Ground, Joins With LVMH for Fashion Brand
On Friday, LVMH Moët Hennessy Louis Vuitton, the world’s largest luxury group, officially confirmed not only that the fashion line created by Rihanna was becoming part of its gilded stable, but also that the first products from the new company would be unveiled — in a few weeks. Thus the disruption of the status quo begins. Rihanna will become the first woman to create an original brand at LVMH, the first woman of color at the top of an LVMH maison, and her line will be the first new house created by the group since Christian Lacroix in 1987. It joins such storied heritage brands as Dior, Givenchy, Celine and Fendi and positions Rihanna as a breakthrough designer on a number of levels NY Times

Planet Fitness said this week that it will open 225 gyms this year. Some of those will be located in sites that Toys "R" Us or Sears once occupied, though the company declined to give a specific number. The gym chain has been on a growth streak in recent years. It has more than 1,800 gyms in the United States, an uptick of about 60% compared to three years ago. Planet Fitness says it has the potential to reach 4,000 nationwide in the long run. CNN Business 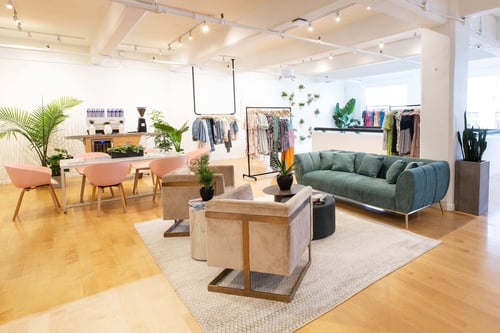 Rent the Runway opens largest-ever store as it looks beyond clothing
On Wednesday, Rent the Runway opens an 8,300-square-foot, two-storey “communal closet” in downtown San Francisco that is twice the size of its New York flagship. This is the latest in a bricks-and-mortar expansion that aims to position the fashion rental service as a “one-stop-shop subscription” for customers’ lives, says COO Maureen Sullivan, after a $125 million Series F funding round valued the company at $1 billion in March. Vogue Business

The hot new product Amazon and Target are obsessing over? Boxes
Corrugated boxes, once the realm of stockrooms and UPS trucks, are now branding tools. And they are especially important, given that few of us ever interact with a brand in real life now. In the era of e-commerce, boxes are the new storefront. But it’s not just direct-to-consumer startups that are seizing the opportunity. Now giants like Target and Amazon are rethinking the humble cardboard box, too. And they’re doing it in a very brand-consistent way. For Target, it’s all about sparking joy. For Amazon, it’s all about efficiency. In each case, they are burnishing their brand through packaging. Fast Company

Highsnobiety to Enter E-Commerce With a Prada Exclusive
Highsnobiety’s new venture entails retail curation. The streetwear publication announced Thursday plans to launch an e-commerce platform that combines storytelling with in-demand market trends like exclusive collections, weekly product drops and luxury streetwear collaborations. The site—set to launch in June—will serve up weekly product drops from both brands that are on Highsnobiety’s radar and its own private-label line. Each drop will be released one at a time and will be packaged with stories about the products and the people behind them. Sourcing Journal 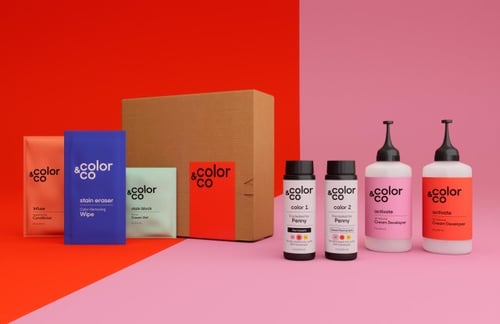 L’Oréal’s Next Incubated Brand Personalizes the Hair-coloring Process
L’Oréal’s latest incubated brand, Color & Co, wants to personalize the at-home hair coloring experience. Color & Co makes customized hair kits that target people who color their own hair at home. Through a combination of a 10-minute, video-chat consultation with a professional stylist and an internally built algorithm, the business creates personalized color processes, including dye, developer, conditioner and directions, that are mailed to a consumer’s home within three days. WWD

Bird wants you to buy a scooter for $1,300
Would you buy a scooter? Bird thinks so. The company is launching a new scooter that anyone can buy. The Bird One comes in black, white, and rose and is available on the company’s website for a whopping $1,300. It has a one-year warrantee and can be serviced through Bird’s centers. The Bird One follows another scooter the company launched in April called Bird Zero. The scooter was introduced as a more robust version of its initial scooter, with weatherproof batteries and more durable parts. The company says it can last up to 10 months. Fast Company 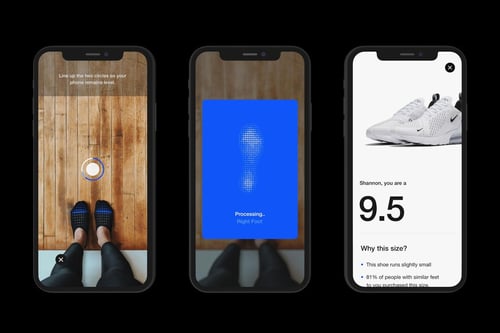 Nike Uses App To Stop Sneaker Returns
The world’s largest sneaker company is launching Nike Fit, an addition to its app that lets customers scan their feet at home and provides their proper size in various models. The company says 60% of people wear the wrong size shoe, and concern over fit has a material impact on consumer confidence. The business of foot sizing has been dominated by 92-year-old Brannock Device Co. and its ubiquitous measuring tool. With Nike Fit, customers scan their feet using their smartphone camera. Accurate to within 2 millimeters, the app examines each foot, not just length and width, which helps Nike suggest the best fit in every model. Nike will also use scanning mats at stores so customers can measure their feet. AdAge