French luxury conglomerate LVMH said it will not buy up shares of Tiffany & Co on the market in a bid to get a lower price for the American jeweler, as the company is seeking to renegotiate its $16.2 billion deal for the retailer hard hit by the coronavirus crisis. Forbes 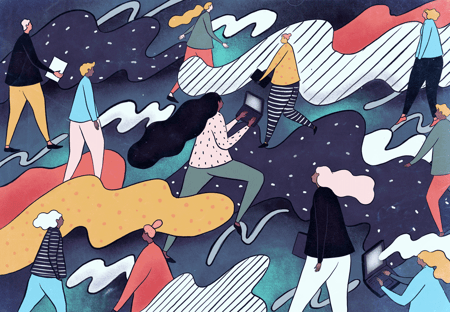 SoftBank Reveals $100M Fund To Invest In ‘Founders Of Color’

SoftBank is putting its money where its mouth is. The Japanese investment conglomerate has revealed plans for a new $100 million fund that “will only invest in companies led by founders and entrepreneurs of color,” according to Axios. SoftBank COO Marcelo Claure apparently shared the news of the Opportunity Growth Fund in a letter to employees this morning. Considering that SoftBank has made headlines for less than favorable reasons as of late, the fact that the firm is one of the first to actually announce a new fund dedicated to funding people of color is well, notable. For those of you who are not aware, SoftBank has been dogged for overinflating valuations with its fat checks. A number of its portfolio companies over the past year have laid off (Zume), shut down (Brandless) or endured some other scandal (WeWork). Crunchbase

Disney made a $5 million pledge to nonprofit social justice organizations on Wednesday as demonstrations over the police killing of George Floyd continued across the country. Civil rights organization the NAACP will receive $2 million of the total pledge. In a statement, Disney said the donation would "further their long-standing work promoting social justice by eliminating disparities and racial discrimination through their advocacy and education programs." Disney did not identify the other nonprofits that would stand to receive the remaining $3 million but said the organizations would be those that "advance social justice." Fortune

Diversity is not a new agenda for the Council of Fashion Designers of America, but the organization has ramped up its efforts significantly to try to make the fashion industry more racially balanced. After a week that has been filled with many peaceful protests and massive civic unrest in several major cities, including the CFDA’s home base of New York City, the organization unveiled a multitiered plan that includes job placement, mentorships and apprenticeships for black creatives. For years, the fashion industry has been criticized for its lack of support for black designers, and at times black models. The absence of black executives in major roles in both fashion and retail companies has also been noticeable. Despite various efforts in the past to improve diversity, the majority of executives at leading companies are white, and often male. There is also a dearth of black designers in senior positions at leading brands. WWD

Why Citizen Has Become the Unofficial Social Network for Protests

One of the most popular ways to keep track of protests has nothing to do with Facebook or Twitter. Instead, it’s an app called Citizen, which has become an instant hit amid nationwide protests against police brutality and racial injustice. On Citizen, users can see a map of exactly where people are gathering, view raw video of demonstrations in progress, look for signs of rioting and looting, and air out their feelings in comments sections. Citizen currently ranks 11th in popularity among free apps in the iOS App Store, and second in the News category (behind Twitter). According to data provided by Sensor Tower, roughly 440,000 iOS and Android users installed the app for the first time over the last week, up 633% from the week before, and roughly 150,000 users installed the app on Tuesday alone. That’s nearly 12 times the average number of installs throughout the month of May.  Fast Company

Salt Lake City-based Mercato Partners has formed its inaugural food and beverage fund to invest in profitable restaurants looking to scale. Mercato Partners’ Managing Director Greg Warnock has partnered with restaurant industry veteran and former tech executive Andrew Smith to launch the fund, dubbed Savory. Their goal is to fill a void in the food and beverage industry “by delivering access to growth capital” as well as provide advice from people with years of experience in scaling other restaurant concepts. In 2008, Smith noticed that despite the economic downturn, many restaurants were still performing well. “Restaurants were filled to the brim, and lines still out the door during the 2008 crash,” he told Crunchbase News. “Even when the market’s down, people still have to eat.” Smith then founded Four Foods Group, a restaurant operator that ultimately grew to running 175 locations with more than $1 billion in revenue. Smith said he treats growing concepts similarly to growing startups. Crunchbase 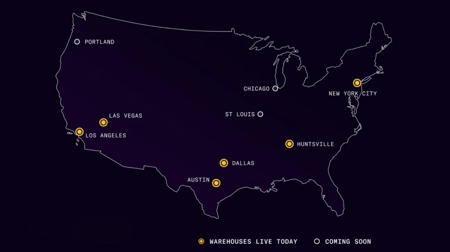 By the time on-demand delivery startup Shyp collapsed in March 2018, its cofounder and CEO, Kevin Gibbon, was already thinking about his next company. As he told me at the time, he planned to decompress for a couple of weeks and then get to work on it. More than two years later, Gibbon is unveiling his new startup, cofounded with former Shyp marketing chief Sarah Siwak and with several other Shyp alumni on board. Based (like Shyp) in San Francisco, it’s called Airhouse—and in an odd way, it feels like both a continuation of Gibbon’s earlier company and its polar opposite. With Airhouse, merchants can outsource their shipping in a more sweeping, scalable fashion. Instead of handing off items in small batches, its customers store them at warehouses that handle individual fulfillment—existing warehouses that Airhouse has struck deals with to create a nationwide network. (Six are now up and running, with three more coming soon.) Airhouse’s platform serves as an interface between merchant, warehouse, and shipping companies; it also hooks into ecommerce shopping-cart behemoth Shopify, with support for other services such as BigCommerce on the way. Fast Company

Fashion insiders are tackling a mammoth creative challenge: transforming the runway show for the post-pandemic era and beyond. Coronavirus halted the extravaganzas, where dozens of guests would perch shoulder-to-shoulder for a peek at new collections. Even as lockdowns lift, social distancing and safety protocols have designers and producers discussing shows that combine video, artificial intelligence and virtual reality with real models and physical locations. WSJ