It’s been a year of tremendous upheaval for Chanel. The passing of long-time brand steward Karl Lagerfeld in February 2019 followed speculation that the Wertheimer family, which controls the business, might be preparing for some sort of exit. This latest round of sale rumours was set off by the release of its financial results for the first time last year and the centralisation of its corporate functions in London. While Chanel, one of the only independent luxury brands still in operation today, has long been admired and obsessed over by analysts and investors alike, its double-digit growth in recent years indicates that the ceiling for sales within a single luxury brand might be quite higher than what was once imagined. BOF 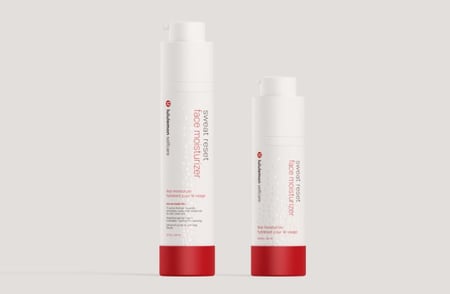 Lululemon knows that where there’s exercise, there’s sweat. In an effort to grow beyond its core apparel business, the maker of trendy yoga pants and patterned sports bras began on Tuesday to sell personal-care products in 50 stores and online. The lineup includes a dry shampoo, deodorant, face moisturizer and lip balm. Lululemon is already seeing explosive growth. Traffic in its stores was up 8% during the latest quarter, while digital sales surged 35%, surpassing expectations. And while analysts aren’t anticipating that momentum will slow down soon, Lululemon is showing there’s plenty room to thrive in new categories. CNBC

Despite plans to more than double its men’s business in the next five years, the athleticwear company has quietly closed its men’s standalone stores in New York City and Toronto. The small-format men’s location in Toronto, dubbed “The Local,” opened in December 2016 complete with merchandise, a ping pong table and cold brew coffee. It closed last year, Hankinson confirmed. The New York City men’s location in Manhattan’s swanky Soho neighbourhood, which opened in 2014, was consolidated into a larger format store about four blocks away. The quiet closing of the men’s concept stores doesn’t mean the athleticwear company is giving up on men. Quite the contrary: The Vancouver-based retailer said this spring it expects to more than double its men’s revenues by 2023. BOF

‘Jumping on bandwagons, not pioneering them’: What Prada’s late push into China means for the brand

Italian luxury house Prada is finally getting in the same boat that many of its peers joined months or even years prior, by launching flagship stores on two Chinese e-commerce platforms: Secoo and JD. Its Secoo store launched in late May, and its JD store launched on Sunday. Starting only last year, Prada has been exclusively selling in China through its own e-commerce channels, to little success. The brand’s most recent earnings show that even though sales are up, profits have been suffering thanks to increased spending with less than ideal returns. Glossy 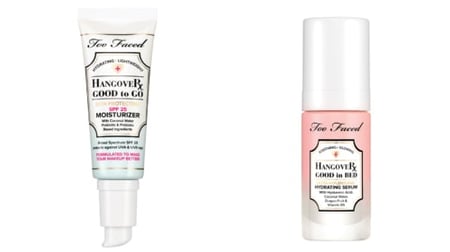 Can Too Faced Keep Paying Off For Estée Lauder?

The 21-year-old makeup brand — and Estée Lauder Companies' biggest acquisition to date — is expanding into skincare. Too Faced is different than the other brands in The Estée Lauder Companies’ portfolio. Situated a continent away from its parent, the brand, founded by Jerrod Blandino and Jeremy Johnson in 1998, has churned out bright-coloured, be-glittered makeup for young women (and, increasingly, men) in a way Lauder’s other brands can only dream of. It’s why the New York-based conglomerate was willing to spend $1.45 billion to buy the brand in 2016, still its biggest acquisition to date. The brand is introducing its first skincare line, the “Hangover” collection. BOF

Luxury retailers want to be a go-to source for sustainable shoppers, Net-a-Porter launched a new category on its homepage called Net Sustain, which focuses on sustainability with more than 500 environmentally friendly pieces from 26 brands like Stella McCartney, Mother of Pearl, Veja and Maggie Marilyn. The category will expand to include other brands and new products over the coming months. The online retailer created a criterion of six attributes that brands needed to meet to be included in Net Sustain: They have to prove they use sustainable materials, use sustainable processes, work to reduce waste, use local production, are crafted with an eye toward local communities and artisan skills, and pay attention to animal welfare. Glossy 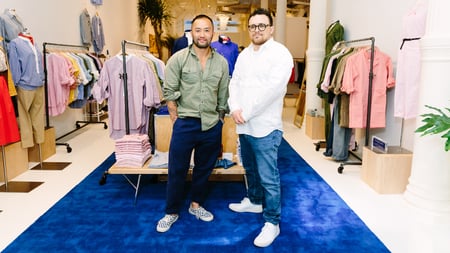 ‘Opening a huge gate’: After growth on e-commerce, Alex Mill sets its sights on physical retail

Four months after Alex Mill’s relaunch — which included a new website, new product categories and fresh creative direction from former J. Crew and Madewell design lead Somsack Sikhounmuong — the brand is getting serious about its growth and is looking to brick-and-mortar. This week, the brand opens its first physical retail location, a pop-up in NYC’s SoHo neighborhood that will be open for six months. It’s promoting the store through Instagram and hoping to attract new customers through a series of events to be held at the store. Glossy