Google's research and development lab, Area 120, has unveiled Shoploop, a video shopping platform for finding, reviewing and purchasing goods, the tech company announced on Thursday. With the platform, users can watch 90 second or less videos to discover a range of products and access product reviews from other users. Customers can save products to buy later or click to buy it directly on merchants' websites, according to the company announcement. For now, Google is focused on beauty merchants, content creators and publishers with an emphasis on makeup, skincare, hair and nails. The platform is currently available via mobile, and the company is developing it for desktop, per the statement. Retail Dive 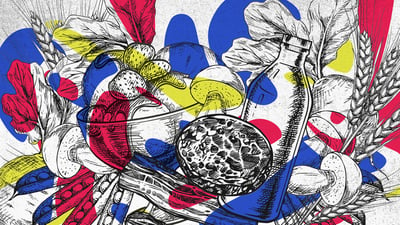 Alternative Meat and Dairy Companies are Raking in Investment Dollars

Last week, the Swedish oat milk brand Oatly announced that it had raised $200 million from investors like Blackstone Group and Oprah Winfrey. The prior week, Perfect Day, a company that makes lab-grown ingredients for dairy-free products, including a very realistic version of ice cream, raised $160 million. Earlier in the year, Impossible Foods raised half a billion dollars. A long list of other companies have also raised money during the pandemic, from MycoTechnology, a company that uses a mushroom platform to ferment protein, to Blue Nalu, which is making seafood in bioreactors. In the first half of the year, U.S. alternative meat, egg, and dairy companies raised 14% more—more than $850 million—than they had raised in the entirety of 2019, which was also a record-breaking year, according to the Good Food Institute, an organization that tracks the industry. “Cultivated” or “cell-based” meat companies, growing food from animal cells, raised 417% more than in all of 2019. In part, it’s a continuation of a long-term trend. “2019 really appeared to be the tipping point where plant-based meat shifted into the mainstream,” says Caroline Bushnell, associate director of corporate engagement at the Good Food Institute. “Not only did we see the major meat companies debut plant-based product lines—pretty much all of them, from Tyson, to Hormel, to Smithfield—but iconic American restaurant chains like Burger King and Dunkin Donuts added plant-based meats to their menus, and retail sales grew double digits. So the momentum coming into this moment was already really strong.” Fast Company

On Tuesday, Spotify announced the global launch of video podcasts. The new feature at launch will allow users, including both free users and paid subscribers, to watch the video content from a select group of creator podcasts. But unlike on YouTube, where only paid subscribers can listen to YouTube video content in the background while they do other things on their device, Spotify says its users will be able to seamlessly move between the video version and the audio. When multitasking, audio content will continue to play in the background, as you use other apps or even if you lock your phone.The video podcasts are supported on both the desktop and mobile app — and video will serve as an additional component, not a replacement for the audio. That means you’ll still be able to stream the audio or download the podcast for offline listening, if need be.TechCrunch

TikTok today announced a $200 million fund, aimed at helping top creators in the U.S. supplement their earnings, and potentially coax the next Charli D’Amelio out of the woodwork.Called the TikTok Creator Fund, the money is aimed at helping “eligible” creators on the platform earn a livelihood, it said. Eligible for now is defined as 18 years or older, meeting a certain (unspecified) baseline for followers, and consistently posting original content that is in line with TikTok’s community guidelines. The platform will begin accepting applications from U.S.-based creators starting next month and distribute the capital over the coming year. TechCrunch

Hims Inc., a US online provider of mens’ healthcare and consumer products ranging from hair loss treatments to Viagra, is exploring going public through a merger with a blank-check acquisition company that could value it at more than $1 billion, according to people familiar with the matter. Hims, whose venture capital investors include billionaire Peter Thiel’s Founders Fund, Redpoint Ventures and SV Angel, has been capitalising on rising demand for telemedicine consultations amid the coronavirus outbreak by using its website to connect consumers seeking to buy prescription medicines with physicians. Hims is working with investment bank LionTree Advisors LLC on negotiating a potential sale to a so-called special purpose acquisition company, the sources said, requesting anonymity to discuss confidential discussions. BoF

The Toronto Blue Jays may not have a have a home yet this season, but one things for sure: plenty of teams are going to be playing in the uncanny valley this year. The spectacle of a major league baseball team playing in front of an empty has some precedent from places like Korea, Taiwan and Japan, which got a head start on the season while MLB players and owners were hashing out the details of their own shortened 60-game season. And while a number of teams are enlisting the help of cardboard fan cutouts and artificial crowd noise to dull the pain of an empty stadium, Fox Sports is convinced it’s found a technological solution that’s totally good and fine and not at all nightmare inducing horror show of artificial humanity. “We had a vision for making our Major League Baseball broadcasts look as natural as they were before COVID,” Fox Sports EVP Brad Zager said in an interview with Variety. “A lot of that is having a crowd in the stadium.” TechCrunch

Neiman Marcus on Tuesday announced the launch of "Your Neiman's," a digital hub offering personalized "luxury services and experiences," designed in part to help customers work around limits imposed by the COVID-19 pandemic. Customers can make appointments for in-store shopping or curbside pickup, work with a stylist via video, and learn about fashion and cooking through virtual events, according to a company press release.Since March, its proprietary tool, NM Connect, has enabled stylists to provide services while stores were shuttered, per the release. The department store uses a quiz about preferences to match a customer with a stylist, and consultations can occur via text, email, video chat or in person. Retail Dive